3 Hyundai's Gift for Ioniq and Kona EV Adopters Is 1,000 Miles Worth of Free Range

Ioniq 5 Top Gear Review Focuses on Its Unique Feature, and It's Not the Design

When Hyundai introduced the Ioniq 5, everyone who cares about EVs in the slightest got excited. EVs have been associated with an awkward-weird design for a long time, but now the South Korean brand showed us there's another way of doing weird: the cool way.
8 photos

That excitement, however, was quickly replaced by disillusionment as soon as the prices were revealed. The Ioniq 5 is just as expensive, if not slightly more, as the Ford Mustang Mach-E or the Volkswagen ID.4, which are both battery-powered crossovers. That sure is a lot of money for a compact hatchback like the Ioniq 5.

Five days later after your disappointment died down a little, you would finally look over the new Ioniq model's dimensions and have an epiphany: the Ioniq 5 IS a crossover, and it's just as big as those two competing models we just mentioned. How in the world did Hyundai's designers get away with this?

Top Gear's Ollie Kew fell for the trick as well, which made his meet-up with the Ioniq 5 all the more interesting. And you can tell straight away he's genuinely impressed with what the South Koreans have managed to achieve here, both technologically and stylistically.

Starting with the latter, the Ioniq 5 looks exactly like you would expect people in 2030 to imagine a 1980s revival. It's like a mental jukebox: you look at it, and your favorite song from that era starts playing in your head, so if these things catch on and start flooding the streets, you better make peace with A-ha's "Take on Me" or you're going to have a miserable time each time you step out.

The interior, on the other hand, is where you wouldn't want any 80s influences, and the Ioniq 5 is well aware of that. What you get instead is comfort and luxury, with quality materials, plenty of room, and a set of reclining front seats with integrated footrests that will make charging sessions a lot more enjoyable.

That neatly brings us to the technology part, and the Ioniq 5 doesn't disappoint here either. The most important part is the fact it uses an 800-volt system, allowing it to recharge at alarmingly high rates as long as long as it can find a 350W charger (the highest available at the moment). The benchmark 10 to 80 percent charge would take just 18 minutes, making long-range traveling in an EV a much less daunting task—again, provided 350W chargers become the norm, not the exception.

The Ioniq 5 also has a two-way charger, which means it can take but also give power. That instantly makes it the ideal recovery vehicle for stranded EVs, but it can also technically make you money by absorbing energy when it's cheapest, then putting it back into the grid when the prices go up. However, don't expect to cover your investment anytime soon with this practice.

With nothing particularly good or bad to report about the Ioniq 5's driving characteristics, that means Hyundai has managed to create a very desirable car that could actually do a lot for accelerating EV adoption among the public. Now, if only the charging infrastructure could keep up... 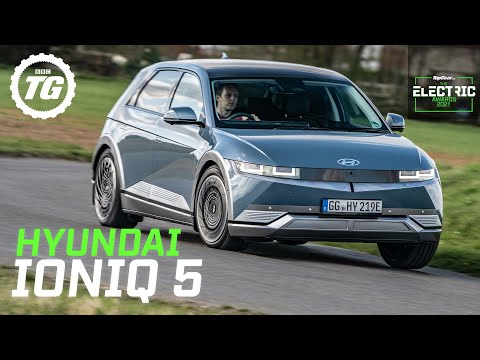