Back in February 2020, the European Space Agency (ESA) launched the Solar Orbiter. The spacecraft joined the American Parker Solar Probe in becoming the most recent (and most modern) pieces of hardware to be sent out there with the distinct mission of studying our Sun.
6 photos

The European machine has been at it for a while now, but only recently we’ve begun seeing glimpses of the incredible things the ten science instruments onboard can reveal about the ball of fire our planet is spinning around.

Back in March, for instance, we got an image of “the full Sun in unprecedented detail,” in what is considered the “highest resolution image of the Sun’s full disc and outer atmosphere, the corona, ever taken.”

This week, ESA brought the Solar Orbiter back into focus by publishing a couple of detailed new movies of the star in its full glory, snapped on film from just 32 percent of the distance that separates our planet from the Sun, from within the orbit of Mercury.

One clip, available here, shows a number of snapshots and features of the solar system’s main furnace, including spikes of hot gas going out in all directions, and for this reason, nicknamed by scientists hedgehogs.

Another Orbiter clip, attached below, brings to light magnetism reaching out from the Sun’s interior to trap bright loops of coronal gas. In an incredible display of the technological prowess humanity’s space agencies have achieved, we even get a zoom-in view of the Sun, showing smaller scale coronal loops.

Keep in mind though that, according to ESA, what you see is not exactly the natural state of the Sun, at least in terms of color. As per the Europeans, “the colour on this image has been artificially added because the original wavelength detected by the instrument is invisible to the human eye.” 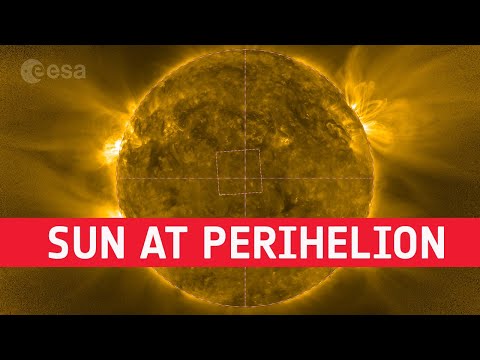