1 Antilia, the $2 Billion Private Residence, Has a 6-Level Garage for Over 160 Cars

3 Goth House With Matching 3-Car Garage Is as Black as a Villain’s Heart, Perfect

4 Elon Musk Finds Buyer for His Last Mansion, Is One Step Closer to Being Homeless

5 This DIY Project Is a Rustic Garage That Doubles as a Cool Man Cave
Car video reviews:
Coverstory

More isn’t always more. For the car enthusiast who is either not into showing off or is pressed for space, less can be more: more space-saving, more elegant, more James Bond-y. Because nothing beats an invisible car lift for your priced vintage Mustang.

We’ve covered expensive and ultra-luxurious mansions before, especially those that are heavy on car-centered architecture or otherwise focus on other means of transport, like docks for yachts, or private helipads with a bird in storage. This one is different, because it’s neither a mansion nor is it as flashy as the others, and both are on purpose.

This property is called the Casa da Quinta da Marinha and is located inside the Sintra Natural Park, on the west side of Lisboa, in Portugal. This also happens to be one of the most luxurious and exclusive neighborhoods in the country, and has repeatedly been voted as the best place to live. It’s a coastside property that is rather on the small side, but don’t let that fool you: it could totally work as a James Bond getaway.

Designed by Enter Arquitectura, it features an invisible car lift by Italian company IdealPark. IdealPark has been around for decades and is an official supplier for brands like Ferrari, Lamborghini, and Pagani, and the Museo Automobili Torino, the Galleria Virtuale Ferrari, the Museo Dallara, or the Museo Alfa Romeo di Arese. It has clients all over Italy and Europe, and this latest collaboration, on Portuguese soil, highlights how wonderfully its car lifts integrate into a modern existing structure.

Enter Arquitectura waxes poetic about how the house was built with locally-sourced materials, and was designed so as to have minimal impact on the surrounding environment. This being a private client, not many details about the house itself are revealed but, to the untrained eye, it doesn’t look like it’s doing much integrating into the environment, what with all the sharp angles and harsh lines. But it is elegant.

The biggest fuss about the place is the invisible slash hidden car lift, an IP1-CM MOB by IdealPark. The owner, we learn, wanted something that would also have minimal impact visually, but maximum functionality. The car lift is covered with the same material as the driveway and, if needed, can serve as an outdoor parking spot. There’s another covered carport right next to it, as you can see in the video below.

The lift links the driveway to the underground garage, which serves as part man cave and part home for a vintage Mustang. Access to and from the garage is possible only via the lift, which comes with sensors and cameras that prevent accidents – like, say, going up with it when there’s another car or person on the roof of it. It also has a comm system, including audio and video, in case of a malfunction, so the owner won’t be stuck in his Mustang for ever, waiting for someone to hear his screams. There’s backup for power outages, and IdealPark offers the possibility of over-the-air maintenance checks every 24 hours.

A car lift like this one makes any collector’s garage truly “private and secure,” the company argues, because of the surveillance system and the (obvious) fact that it’s completely hidden from view. Access is done via an encoded key or badge, and you can only take one car out at a time, which further heightens the sense of security.

Plus, you’d look – and feel – just like James Bond as you’re emerging from your secret lair.

Pricing is not mentioned, either for this particular project or any of the previous ones, because IdealPark works with every customer to customize the product. For instance, as the second video below shows, you can turn your invisible car lift into an immersive room, with digital animations and 360-degree projections. You know, just in case you’re bored for the few minutes it takes to reach the garage. James Bond-y and entertained, imagine that! 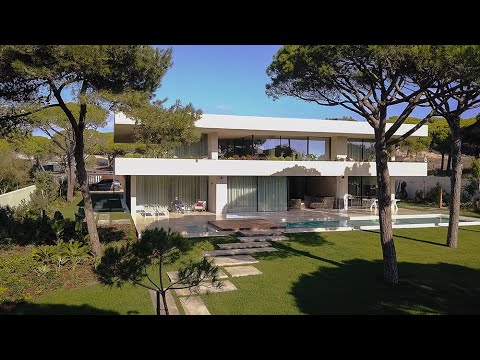 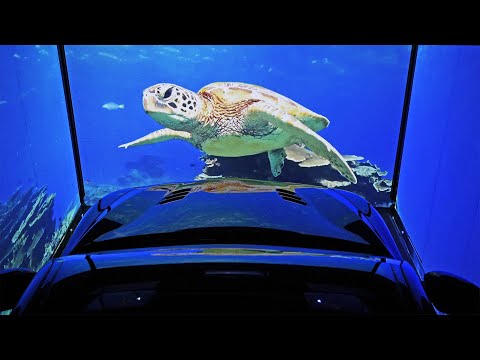