On Christmas Eve, Tesla Motors published a video of its S3XY light show on its official YouTube channel. The light show we are referring to was introduced with the V11.0 Software Update, and the video is special because it features the entire Tesla range, in the specified order, performing the show.
10 photos

The software update was announced a few days ago, and it was part of the "Holiday Update package." The latter comes with improvements to most of the models in the range, but also with new features. Some of the biggest changes do not get to be seen and just make the vehicles better, but there are things like the light show, which are a visual and audio spectacle, and that is it.

The V11.0 Software Update was first available to vehicles that belonged to company employees, which was a form of additional beta testing, and then it was rolled out to other vehicles made by the American marque. The update was planned to be released on Christmas across the world, and it seems that the plan worked.

As you may be aware, Tesla Motors first introduced the Light Show back in 2015. It was one of the things that people spoke about when they saw the Model X.

Initially, it was only offered with the model X, and now the rest of the current Tesla range can enjoy the choreography of lights and music "any time of the year."

On the useful features list, the software update integrates a new blind-spot camera view that is automatically activated whenever the turn signal is on. It is important to point out that Hyundai and Kia have already introduced this on the EV6, the Tucson, and some other models that come with a digital dashboard and cameras integrated into their side-view mirrors.

Tesla has gone a bit further and integrated new games for the multimedia unit, and also changes to the menu bar, interface, navigation system, and even TikTok integration. 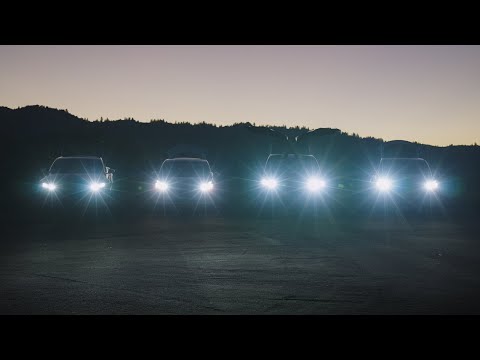 Editor's note: For illustration purposes, the photo gallery shows images of Tesla models performing the light show, as well as some of the updates introduced by the V11.0 software.
Epilepsy warning - the embedded video shows flashing lights in succession, do not play it if that might be harmful to you.