4 Suzuki Appoints New Dealership in the UK
Car video reviews:
Up Next

HJC Helmets Denies Having Ended the Contract with Jorge Lorenzo

Tesla Motors may have revolutionized some parts of the automotive industry, but there’s room for smarter, more intuitive cars in the world, apparently. The extremely discreet Faraday Future start-up says it will be taking things where the premium EV maker has left them. Its car will not only be clean but it will also know its driver and passengers and would do much more than just transporting.
1 photo
In an interview with The Verge, Nick Sampson and Richard Kim from Faraday Future keep saying their vehicle will be much like a smartphone is for its owner. When asked whether the company's inspiration comes from Tesla Motors, Sampson says it will be similar, as in it will continue being creative and find new approaches in both its marketing and engineering strategies.

“If I go on a road trip for the weekend now, I have to plan indoors on a computer and then I have to go to the car and reput that in. It’s not a world where the car knows me, knows my needs. If I plan something on one device, why shouldn’t that be available in another device?”

And that’s how the speech goes on for a while, as the Faraday Future’s boss explains the high level of personalization the future electric car will have. It sounds much like he’s talking about a system heavily based on Artificial Intelligence, one that makes decisions for you. Sampson also says he believes that, in the future, there will be many people who don’t want to own a car anymore.

Leaving all the small talk behind, the start-up’s boss mentions that a testing model is already on the streets, testing electrical systems in California. He also suggested the company already went through the production design process and started having talks about parts made for real vehicles in the future. Designer of BMW i3 and i8 is part of the team
As to how the start-up sees the likes of Apple, Google and other West Coast high-tech carmakers, Samson states they are not like-minded competitors, but rather like-minded allies. “To me it’s a great thing that these other companies are coming into the industry, it’s not a threat. The more people that join, the more consumers will realize the opportunities that are available and the swing will accelerate,” he said.

Richard Kim - the same person who designed the BMW i3 and i8 - is now the head of design for Faraday. “We’re designing the car from inside out. We do a lot in augmented reality.” What clearly stands out is the fact that the two are discussing next to an actual prototype that has been covered with a black sheet. One can't tell much about the car's shape, other than the fact that it looks of medium size. That car was designed in less than a year, which may end up worrying some CEOs in the business. 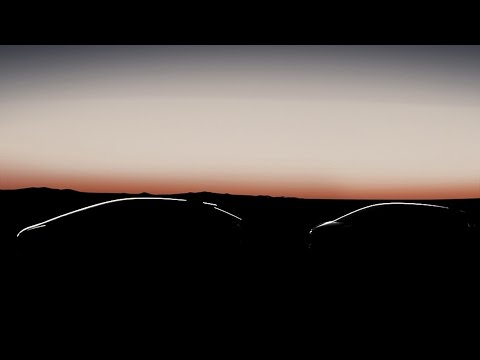