4 Trek's New Vale Go! EQ S Aims To Be One of the Best Urban E-Bikes Money Can Buy

5 The Chip Shortage Is Here to Stay, Bosch Warns in Gloomy 2022 Forecast
Car video reviews:
Up Next

There is no doubt that e-bikes are now officially a means of transportation. Sure, there are some exceptions, like those performance machines we see on TV and other sporting events, but most of us just use a bicycle to get from point A to point B.

Interview: Bosch Is an E-Bike Force To Be Reckoned With, and Here's How They Did It

One team that has established quite a presence on the e-bike market is Bosch. Yes, the one and the same that has been supplying the automotive industry for years is also a leader in e-bike systems. Most recently, this manufacturer unveiled “The smart system,” which takes your bike and connects it to you and the world around, in the process, becoming more than what we may be used to.

What did I decide to do? I wanted to find out how all this happened and conducted an interview with Claudia Wasko, Vice President of Bosch eBike Systems Americas, to find out a bit more about how Bosch got into the e-bike game, where things may be headed, and how this manufacturer is ensuring they stay on top in a growing industry.

autoevolution: What pushed Bosch to enter the e-bike industry?

Claudia Wasko: Back in 2008, the leaders of the Bosch Group saw eMobility – transportation fueled by electricity rather than gasoline – as inevitable. We saw important mega-trends taking shape: Urbanization with more people moving to cities, climate change becoming more threatening, demography, and an aging population, whereas battery technology was improving by leaps and bounds. Rather than jump headfirst into electric cars, however, Bosch thought electric bikes in Europe had a better chance of mass adoption.

From then on, the idea grew wings. A small team put together the first working e-bike prototype in 2008 based on Li-ion battery technology and a mid-mounted motor, which the founders were convinced had inherent advantages over hub-motors.

ae: What were some hurdles the company has encountered on its rise to the top of the industry?

CW: Bosch is one of the world’s largest automotive suppliers, and at the time when Bosch eBike Systems was founded, the mobility business sector was heavily focused on automotive powertrain and chassis systems control solutions.

We also encountered some internal challenges as our internal processes had been designed for the automotive industry and were not always appropriate for the highly dynamic and fast-moving bicycle world. Overall, the e-bike is a mobility solution with non-automotive requirements.

ae: What were some ways Bosch enticed manufacturers like Bianchi, Trek, KTM, and Scott to use their e-bike systems?

CW: The main drivers for our success were our product portfolio, business model, and value proposition. During the early stages of Bosch eBike Systems, the level of competition was relatively low – there were just two major competitors: Panasonic and Bionix.

We were located in the heart of the main e-bike market (Europe) and able to offer a high-quality, modular product portfolio providing outstanding riding performance. The history of our brand, its perfect reputation – being known for the highest quality of its products – also helped a lot to become a global market leader in the premium e-bike drive systems segment.

Until today, our B2B2C business model focuses on the bike manufacturer and includes comprehensive service concepts for dealers and identifies the end consumer as an integral element of our supply chain.

ae: How is Bosch planning on competing with other e-bike system manufacturers like Fazua or Valeo, and even Bafang?

CW: We are aware that there are e-bike system suppliers who are more competitive regarding cost, but we feel that in terms of weight, riding performance, and NVH, our products are superior – in other words, the cost advantage has been achieved with compromises to riding UX (missing torque sensor) and lacking power uphill, large size & weight and NVH.

There may be niche segments or technology approaches that other market players are serving or using today, but that won’t be considered in our future product roadmap, e. g. systems with an integrated gearbox which adds a significant amount of weight. Of course, weight is saved by removing the derailleur and turning the cassette into a single sprocket, but the system weight is still more than a regular drivetrain due to the chain tensioner.

Final Word: If you’ve ever wondered what it takes to break into an industry, shape it, and eventually come out on top, Bosch seems to be the team you should be keeping an eye on. After all, years of R&D are what’s driving Bosch’s domination of this market, and the same reason they will remain on top for quite some time. It appears as though Bosch definitely knows where it wants to go and how to get there. 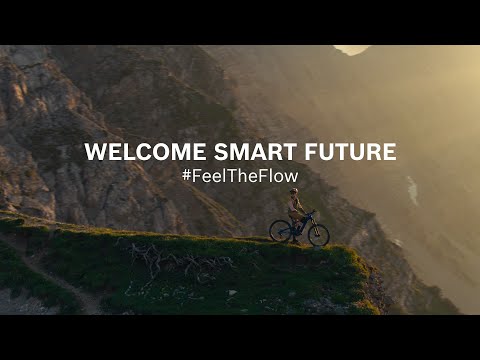