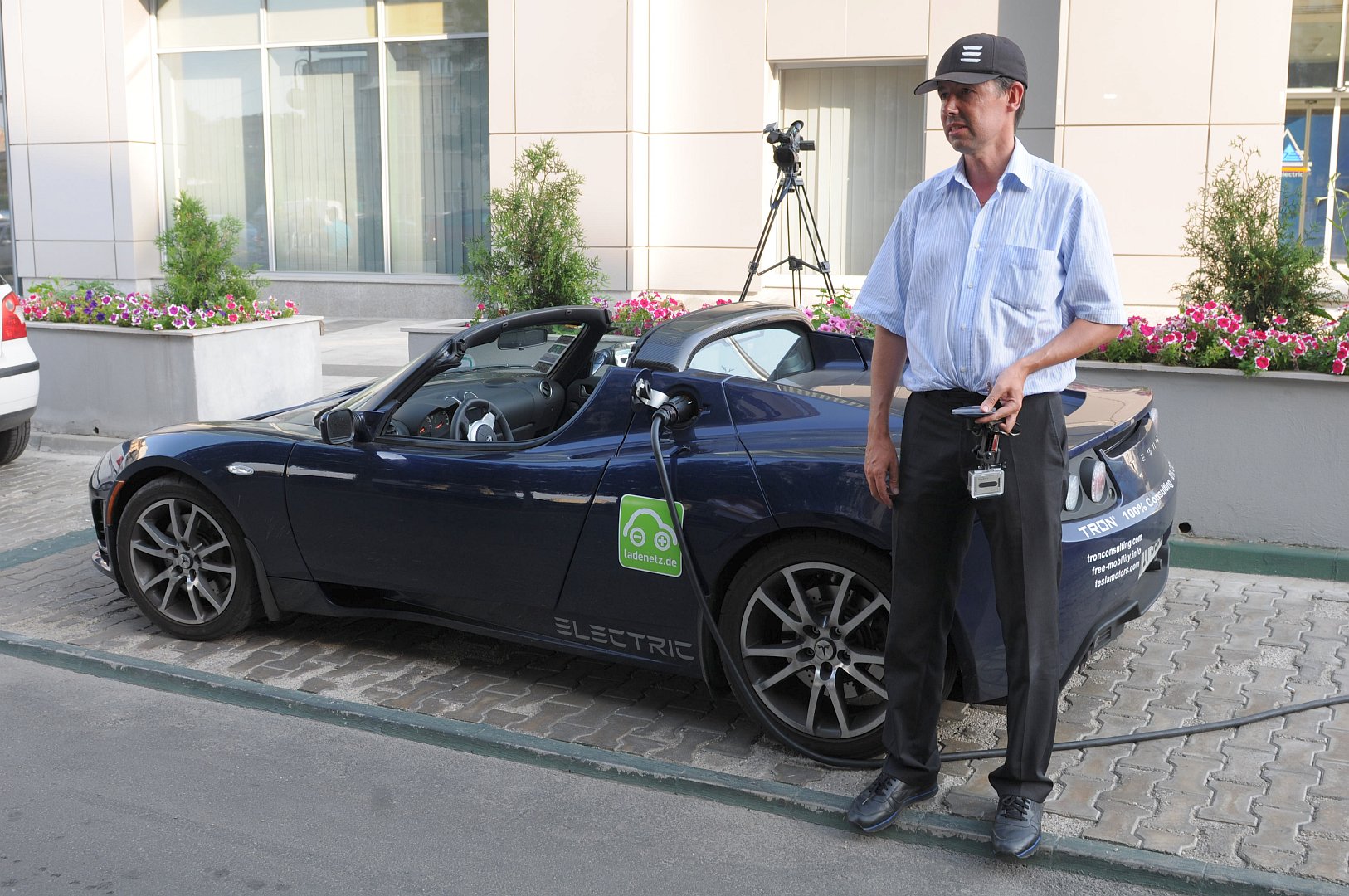 Electric Vehicles are the future! That’s not true, they’re just a compromise, which will bow in front of some truly feasible solutions, such as hydrogen! I beg to differ, it’s true, the EV has been killed through a worldwide conspiracy and it is now time for it to come back and conquer the planet.

As you all know, we hear this kind of discussion more and more often these days. They tend to become boring and the best way to get things straight is to become involved in the EV experience. And if this swim through the electric currents includes a supercar, Tesla Roadster, which delivers Ferrari- and Porsche-level acceleration figures, things become much more interesting.

Recently, the Tesla Roadster has been the subject of a multinational adventure, which saw two examples of the car travel through multiple European countries. The project was initiated by Rafael de Mestre, a Spanish-born entrepreneur, who took his own recently acquired Roadster on a trip that included 7 European countries, with Tesla having no official involvement in this.

Dubbed “e-Mobility Tesla Goes East” (it is focused on countries from Eastern Europe), the adventure started in Sweden, but in Austria, a second example of the car joined the trip.

So far, the adventure odometer shows over 3,100 miles (5000 km), many of which have allowed many people to understand what the EV experience is all about. We met Rafael, as we wanted to know more about this initiative.

Playing with the Roadster’s key, he starts his story: ”I never liked burning fuel, I’ve always wanted to be able to drive an electric car. At first, I spoke to Audi, who told me that work was underway for such a project, which would be called tron. My company is named tron, so it would’ve been ideal (laughs). Then, they said that production wouldn’t kick off in 2010, as it was planned, but in 2011, and now they're mentioning 2013. At a certain point they said that it could be a hybrid. When I heard ‘hybrid”, I said “goodbye!”. Subsequently, one of my shareholders sent me an email with a link about the Tesla Roadster, writing ‘Your car’ as a subject, and this is how I ended up being an owner.”

“I used to drive a Porsche 911, a Carrera S, but I sold it and I bought the Roadster, which is even faster. Actually, I sold all my other cars an now I drive this one everyday. I also have a hardtop which I am going to use, because I also want to drive it during the winter. I chose this color [Twilight Blue], because this also the hue of my company,” he explains.

Rafael likes to “work hard, play hard” and also combines the two: ”I took the car to a racetrack, so I can see how it fares against the sports cars I was used to. It was fast, I beat them. You see, if you win with a Porsche, it’s nothing special, but when you overtake everyone with a Tesla, they can’t believe what they’re seeing. [...] When you meet a customer, like a bank, and you show up in a Porsche, he won’t like the idea that your car is more expensive than his, whereas when you bring a Tesla, people admire it and want to take a drive, so it’s also ideal for marketing.”

He smiles, looks us in the eyes and tells us about his adventures with the car: “When I set off, I was expecting to have difficulties charging the car in the Eastern countries, such as Hungary and Romania. But it was the other way around, as I had problems in Sweden and Denmark, as their network probably doesn’t come with grounding, so the car didn’t let me charge it without protection. It’s American security, if you put a wire in there, you won’t get an electric shock!”

Rafael stops for a moment, looks at the car and goes on: “You know Porsche drivers... it’s all about driving hard. Well, this car has changed my stile. I still drive fast, but now it’s also like a game , as I always try to see how much I can push the autonomy. The best I’ve got so far was around 250 miles (400 km), which is more than Tesla declares. In fact, it’s changed me as a person, as it’s made me think more about the people around me.”

The entrepreneur has big plans for the future, as he wants to stimulate automakers to create superior EVs: “I want to organize an electric car rally with a course of around 1,800 miles (3000 km). The first to reach the finish line wins, but you can’t go flat out, as this will keep you in the charging stations for a lot of time. The best I’ve got so far is 250 miles (400 km), but I want an electric car that offers 620 miles (1,000 km) and with a recharging phase that lasts five minutes and I know that this is possible!”

Rafael jokes about the issue with the vehicle’s lack of sound: “As you can see, I’ve got “KIT” on my license plate, so I’m going to place red LEDs at front and play the Knight Rider sound, so it will be just like K.I.T.T”

Now, after he’s made efforts to show people that electric cars can also be fun. Rafael wants to gather all the feedback and pass it on to Tesla, in order to convince the company that there are new markets which have potential for its products. Basically, he wants to become a dealer, but until then, the next step will be to acquire a model S. Who knows, maybe we’ll be in for another adventure.

Trek Breaks Ground With New Electric Fuel EXe 9.5: The Burn Is Back With This Two-WheelerSee all coverstories