2 2021 Hot Wheels Super Treasure Hunts Get Released, Which One Is Your Favorite?

3 2021 Hot Wheels Treasure Hunt Cars Get Released, You Should Keep an Eye Out for Them

It's that time of the month again. Some lucky Hot Wheels collector has managed to get his hands on the new 2022 G Case, which most of us won't have access to, at least for a while. Most people would guess that the guys over at Ministry of Diecast are probably working in Mattel's factory, seeing that they always open up these boxes before anyone else.
50 photos

Even though it can be annoying to wait for a new release for months in a row, it's still exciting to get a preview of the products that will be hitting the shelves. In some countries around the world, there have been certain supply chain issues, which have rendered most local stores devoid of any 1/64 scale goodies. I've been seeing more and more collectors complaining about the lack of options lately, but one thing is for sure. Mattel came up with a very cool line-up of cars for this year.

Case G is the 7th one to be released for 2022, and you know what that means. We've seen 6 different Treasure Hunt and Super Treasure Hunt vehicles so far. The 2017 Jeep was the only real-life-inspired Treasure Hunt up until now, and that isn't going to change with the new G Case. Like it or not, another fantasy car is going on the 2022 TH list, and it's called Duck N' Roll. As the name suggests, this is a duck on wheels, which might be appealing to the younger audience.

The STH models that came out this year have been pretty good so far, and the list includes: a '55 Chevy, a '73 BMW 3.0 CSL Race Car, a Dodge Van, a '63 Studebaker Champ, a 2020 Corvette C8, and the '99 Honda Civic Type R. Euro cars have their following in the Hot Wheels circles, and it doesn't come as a surprise that this month we're looking at a Volkswagen Käfer Racer STH. This little racer may be visually related to the glorious Moby Dick Porsche, but I guess most of us would still rather have the real deal instead.

We've already seen the Tooned VW Golf MK1 in the previous box, so there is nothing new to see here. A recolor of the 1976 Greenwood Corvette is always welcome, even though this model has been offered to collectors since 2012 now. The new GMC Hummer EV looks stunning in yellow, and it signals the fact that even the toy manufacturer is taking electrification seriously these days. After all, their Green Speed series has quite a few interesting cars this year, including the brand new Lucid Air. And we're bound to see more of these in the upcoming years.

The 1957 Chevy Bel Air is already a classic for Hot Wheels collectors. This model has been around for more time than most of us, having been launched in 1977! That's less than a decade after the first-ever HW was made. JDM fans and rotary-lovers alike will be happy to see a recolor of the Mazda RX-3, now featured in Evergreen with silver and yellow accents. I pride myself in being a massive rotor head, but somehow I only have three different versions of this vehicle in my collection, out of a total of 8 variations.

The 2016 Ford Focus RS is now available in Orange, for the first time since it was introduced by Mattel. This may be an entry-level model, but it's still sad to see it without any headlights. Hopefully, a more detailed version will be introduced later this year. If you're into mega cars, you'll be more than happy to see the third Koenigsegg model to be released by Hot Wheels: the 1,700-hp Gemera! The introduction of this model was discovered by enthusiasts months ago, but it feels refreshing to see the final product at last.

Seeing the 1990 Acura NSX make it into this case isn't all that exciting, but it's still better than getting the newer model. We've also grown accustomed to the Mighty K and the Honda City Turbo II, but I feel that most hardcore collectors are still going to buy these anyway. You can never have too many Hot Wheels in your house! Movie cars have always been a big hit with HW, so most people are probably going to jump at the opportunity of getting the new mainline version of K.I.T.T., seen here in its Super Pursuit Mode.

When I first saw the Lotus Sport Elise diecast, I was almost certain that this was yet another novelty. But, as it turns out, this model has been manufactured by Mattel in the past, and they're relaunching it after a 9-year hiatus. If you haven't found the Nissan Z Proto or the Honda Civic Type R yet, don't worry, they've been added to this case as well! I must say that the new recolor of the old-school Porsche 935 reminds me of playing Need for Speed: Porsche, and I can already see this turning into a must-have for collectors worldwide. 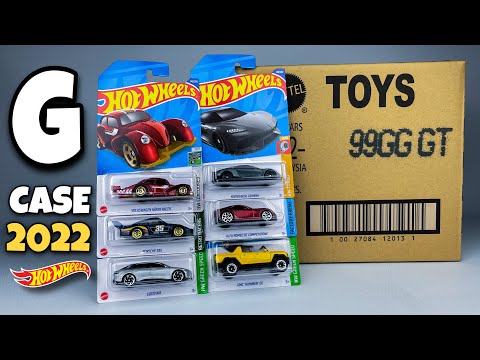 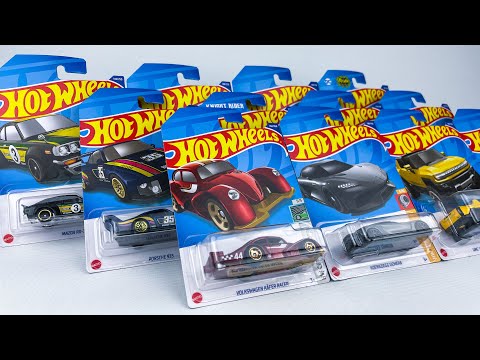