4 2021 Volkner Performance S Is a $7.7 Million Landyacht, With a Bugatti Hidden Away

Elena Gorgan
Celebrities, they’re not like us, no matter how many relatable anecdotes they tell or regular-day products they attach their name to. When it comes to their personal well-being, there’s no amount of money they will spare to ensure they get the best of everything.
11 photos

Anyone else in their position would probably do the same; after all, why not splurge on yourself if you can afford it, right? Celebrities, though, are taking this splurging thing and running it out of the park. Take on-the-road accommodation, for instance. Take Mariah Carey’s insane, $1.8 million motorhome, which boasts two stories and a total of three levels as the best example.

Earlier this week, we discussed Will Smith’s now-iconic motorhome The Heat, which was built by Anderson Mobile Estates and customized for his own personal use. It cost him $2.5 million and it was the first celebrity-endorsed product from the U.S.-based company, which had just launched on the market of landyachts.

What Will Smith and Mariah Carey have in common is their preference for Anderson Mobile Estates. Mariah is also one of the early adopters, and the company’s client roster reads like a who’s who of showbiz, from professional athletes to actors whose name needs no introduction (DiCaprio, Foxx, Stallone) and politicians.

Mariah is believed to have bought her very own mobile estate sometime in 2015, though whether she really purchased the gigantic motorhome was never officially confirmed. In interviews, she presented it as a her on-the-road home, which she chose to use instead of sleeping in hotels on layovers, tour breaks and promotional appearances. Back then, celebrities made a point of showing off their luxury RVs and designer homes; today, such a practice would be not only discouraged for security reasons, but also heavily frowned upon.

Unlike Smith’s The Heat, Mimi’s motorhome, which designer RJ Anderson described as a “skyscraper on wheels,” is less of a frightful sight. Interior styling is less dated, though it still features plenty of shiny wood that gives it a certain old-fashioned vibe.

This monster motorhome is actually one of the initial models produced by Anderson, and it goes by the name The Lounge. It’s designed for entertaining, and features the proprietary Anderson hydraulic roof, which goes up at the push of a button to reveal a sizable party lounge. Total living space is of 1,200 square feet (111.5 square meters) and is divided between three levels: there’s a lounge with makeup area on the bottom floor, a full kitchen in the belly (you have to climb down a set of stairs, so it counts as a separate level from the bottom one), and the upstairs, which is a lounge slash nightclub area.

The kitchen includes custom stove-top, convection oven, hideaway Sub-Zero fridge, and a $4,000 Kangen Water machine. In the video below, Anderson says the goal was to put only premium stuff on board the motorhome, and Kangen is the most expensive water ionizer on the market, so it fits.

The lounge was refurbished for Mariah, and includes contrasting colors, plenty of fuzzy fabrics and glam accents throughout. The couch alone cost upwards of $7,000, because it was custom too; Anderson says they opted for a curvy one so that it feels like it’s in tune with the flow of the space. It sits on a slide-out that generously expands available space. Next to the lounge is a makeup area, with a professional makeup table with all the bell and whistles, including a TV hidden behind the mirror.

Upstairs, accessible through a set of granite steps (The Lounge has over 2 tons of marble and stone on it, go figure), is the entertainment area that can be anything from a screening room to a nightclub. The initial layout included a bar with three seats and a couple of small couches, but Mariah had them removed and replaced with an L-shaped sofa that can sit up to 30 people at once. Now, that’s what you call a slumber party!

Large TVs set at opposing ends can turn this area into a cinema. It can also serve as a nightclub, thanks to integrated lights and professional sound system.

As for how much The Lounge costs, Anderson says the tag reads $1.8 million. Mariah used the motorhome at least throughout 2015 but, as noted above, it’s uncertain if she owned it or only rented it. In 2020, for instance, she used a 2020 Prevost Marathon Coach for the family Christmas vacation. Then again, like Smith’s The Heat, The Lounge lacks a bedroom too, so maybe the Prevost was a better choice for traveling with kids.

Either way, here’s what a diva considers a home away from home. 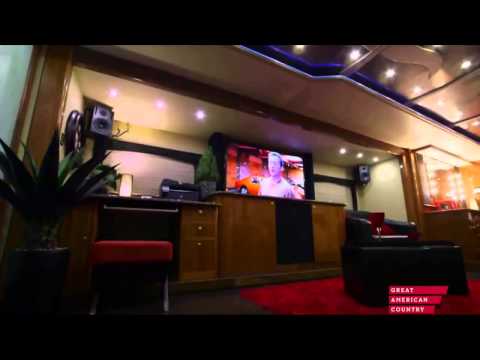 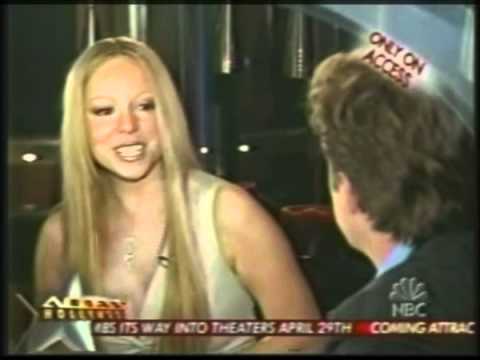