5 Up-Close and Personal With the Fastest and Scariest Airplane That Ever Flew
Car video reviews:
Coverstory

Sustainability is a factor that’s being considered not just for all types of vehicles on Earth, but also for those that travel to outer space. With so many startups joining the satellite and small rocket (micro-launcher) growing sector, innovative technologies, such as 3D printing, have also taken off. Future rockets are being built from sustainable materials, and their engines are more efficient in terms of fuel consumption.
8 photos

An aerospace startup in Spain and the prestigious German Aerospace Center (DLR), one of the best aeronautics research centers in the world, have joined forces to take the next step in the development of aerospike technology. This technical innovation is supposed to make rocket engines more efficient than standard propulsion systems and it’s called that way because the engine nozzle looks like a spike.
According to DLR, thanks to this shape, the engine can adapt more easily to various flight altitudes.

The technology itself has been around for many years, but only now it’s being integrated into new materials and new manufacturing techniques. Aerospike engines claim to be 15% more efficient than conventional ones, which equals to a 15% cut in the fuel that would be needed to carry payload into space.

Based on these findings, Pangea Aerospace has developed what is arguably the world’s first 3D-printed methalox (a type of rocket fuel) aerospike engine. Recently, DLR carried out the first hot-run tests of this innovative engine, demonstrating the success of the new technology.

The tests were conducted at the European Research and Technology Test Stand P8, located at DLR’s Lampoldshausen site. During each of the four tests, the aerospike engine fired for about 60 seconds, and the goal was to make a practical assessment of its performance. But the bigger goal, that’s even more important, is to develop a new generation of space propulsion systems that are sustainable in the long run.

This aerospike engine that was built using additive manufacturing also benefits from a new regenerative cooling system developed by Pangea, which cools the liquid oxygen and methane (the methalox fuel) before being ignited in the combustion chamber, in order to protect the engine. 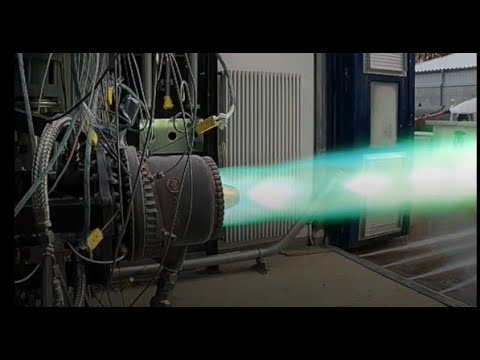