Indonesian Man Brings Joy to the World, One Custom Hot Wheels Car at a Time

We each have our passions and hobbies in life. And if we find enough resources and energy to follow them, who knows where it will all take us? After all, they say that if you do what you love, you won't have to work a day in your life. And that sounds more than tempting. So we've reached out to a well-known diecast custom artist, who goes by the name of Tolle Garage. Here's what we've learned.
23 photos

We've been following Tolle Garage on Youtube for quite some time now, as there are several fascinating projects to see there. Some of the most recent ones include a Hummer EV Overland Camper, a lowered Ford F-150 SVT Lightning, a Midnight Purple 1969 Chevy Camaro, and Brad DeBerti's 6x6 Chevy C10.

Of course, that's just scratching the surface as the 42-year-old enthusiast from Indonesia has been uploading videos to his channel for over three years now. Judging by the number of views, three of his most popular ideas revolve around Lamborghini models, while the fourth one is based on a Rocket Bunny RX-7.

Once you see the transformation of these scale replica cars, you'll understand how skilled and patient this man is. Theofelus is currently working as a creative and branding consultant in the capital city of Jakarta. As you'd expect, it all started at an early age for him.

His father was a Toyota employee while his grandfather was a helicopter pilot for the Indonesian Air Force. His father passed down the love for cars and motorsports, and they would often attend racing events together.

By the time Theofelus was four years old, he'd spent almost every weekend either going to races or hanging around the garage or the airplane hangar. His early diecast days started at around the same time, but Hot Wheels wasn't yet present in Indonesia.

Instead, he was introduced to the world of Matchbox and he quickly built up a collection including sports cars, police cars, and various off-road machines. Being the tidy and responsible kid he was, he would put all the cars in a box every time he was done playing with them.

When he was about five years old, that box vanished overnight and he could not find them no matter how much he tried. He was so sad to lose his pride and joy that he decided he would never collect diecast cars again.

Fast forward to 2019, he took notice of a Hot Wheels Corvette that belonged to his niece. Although he found the car to be quite similar to the 1:1 model, he felt like there were still some small details missings. He found the inspiration to take up customizing Hot Wheels cars by following the Jakarta Diecast Project, which we've also talked about before.

The diecast models became a canvas for the ideas he had, and since 2019 he has designed and built over 100 of them. Initially, he had considered keeping all of the finished products. But a request from a follower in Berlin changed all that.

The man that had contacted him was a Nissan Skyline R32 enthusiast, and he wanted to buy one with the hope that one day he'd manage to get the real thing. From that point on, Theofelus realized that his work was sparking joy in the heart of other automotive enthusiasts. One of the drag-spec Chevy Nova he has built, made its way to North Carolina in the United States, at the request of a follower that was suffering from a severe illness at the time.

"The car I sent him gave him joy. His son contacted me to tell me about his father's joy. And we are still good friends today. I never imagined that the videos I made and these little custom cars could have such an impact on someone's life out there"

Looking at the videos he's been posting, you'll notice that most of them are 10 to 15 minutes long. So we asked him about the amount of work that goes into creating these tiny cars. Since this is not his full-time job just yet, it can sometimes take up to 2 weeks to finalize one project. But apparently, he can achieve the same result in just four or five days if he has enough time on his hands.

The basic tools that he uses to make these cars shine are a small grinder, a drill, and various cutting tools. According to his experience, the suspension and open parts are the trickiest ones of all. But his favorite thing to work on is the body kit, which requires working with putty.

Most of the inspiration for these projects comes from various Japanese body kit builders, 3D artists, and the world of motorsports. Theofelus is a big fan of racing, especially F1. So don't be surprised if you'll see a custom diecast racing team coming out of his lab soon.

In the meantime, his recommendation for anyone that would like to start doing this type of work is: "Start with the easiest part- wheel swap. Then continue to improve your knowledge of cars, improve your skills, and don't forget to enjoy the process" 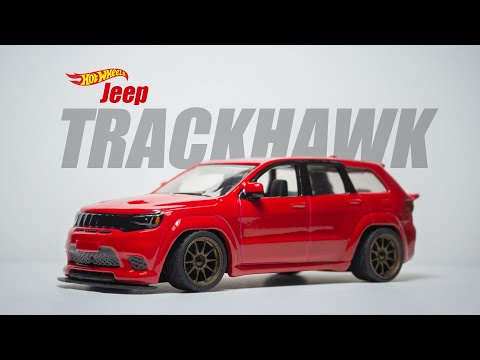 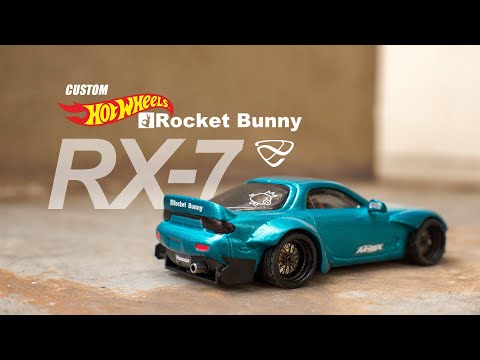 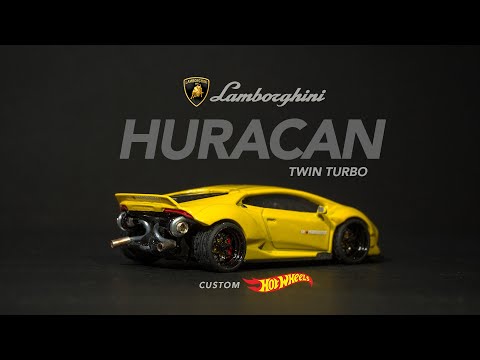 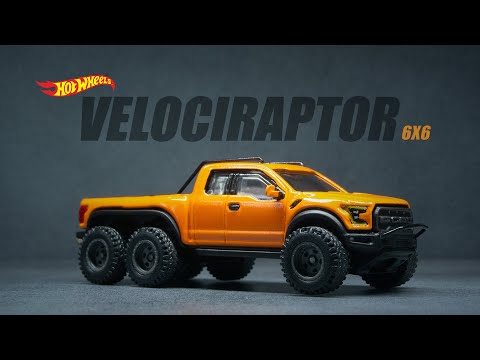