4 Indian Gets Ready for 2021 with New Vintage Dark Horse, Apple CarPlay, And More

Last weekend, a flock of 13 bagger motorcycles took to the WeatherTech Raceway Laguna Seca to compete in the first ever Drag Specialties King of the Baggers event. Of the 13, only two were Indian motorcycles, with the remaining 11 belonging to the Harley-Davidson Road and Street Glide families.
13 photos

It was the first time baggers were raced this way on the famous track, thus the event was a spectacle in itself from the get go. But knowing that two Indians will be taking on a small army of Harleys for the win drew in the crowds like crazy.

According to the numbers provided by Indian, the King of the Baggers race was watched online some two million times, and attracted more than 30,000 Facebook shares. For such a niche event, that surely is some type of record.

“That said, watching the new Indian Challenger defeat 11 highly-modified Harley Davidsons was a monumental achievement and dramatic validation for the work our product designers and engineers have put into developing the Indian Challenger.”

Part of the MotoAmerica Superbike Speedfest, last weekend’s race saw two Indians, ridden by Tyler O’Hara and Frankie Garcia, going all out against the Harleys. Despite some mechanical issues early on, O’Hara managed to climb to the top of the podium, while Garcia finished third, thus placing both Indians on the podium.

In case you missed Laguna Seca’s exciting race last weekend, you can watch it in full in the video attached below. Also, expect some more ink on the subject in the coming weeks, as we’re pretty confident Indian will not let this go until it gets the most of it. After all, it’s not everyday that Indian gets the upper hand over its decades-long rival. 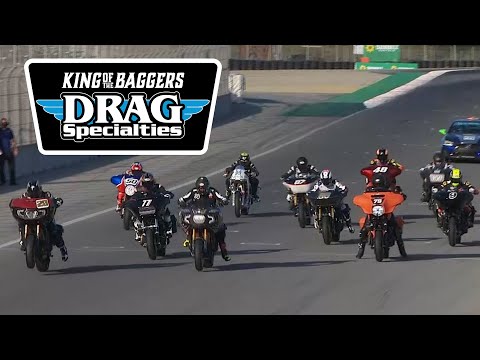