5 Guy Abuses SpotMini Robot, Machine Doesn’t Give Up
Car video reviews:
Up Next

Its unofficial name is Mini Cheetah. The metal four-legged creature is a creation of the Massachusetts Institute of Technology (MIT) and will be presented in May, at the International Conference on Robotics and Automation in Montreal, Canada. Until then, it does backflips in the back yard,
11 photos

In a world dominated by Boston Dynamics creations, the Mini Cheetah could easily be considered a toy. Weighing just 20 pounds (9 kg), the robot is made of a torso and four legs, and nothing to pass for a head.

Yet, it can bend, swing, walk upside down, walk right side up faster than a human, recover when kicked, and, most importantly, do a 360-degree backflip from a standstill as a pro.

MIT says this robot is indestructible, and it looks just like that in the video below. Of course, it is not actually unbreakable, but on the off chance one of its parts suffer some damage, they can easily and cheaply be replaced. That's because the thing has been designed to be put together like a giant, moving LEGO toy.

The goal behind making the Cheetah is to have engineers test “algorithms and maneuvers on a highly dynamic robot.” And since the MIT team, led by Benjamin Katz, a technical associate in MIT’s Department of Mechanical Engineering, needs help with those algorithms, ten more Cheetah robots will be built and loaned to other laboratories.

“A big part of why we built this robot is that it makes it so easy to experiment and just try crazy things, because the robot is super robust and doesn’t break easily, and if it does break, it’s easy and not very expensive to fix,” said Kats according to MIT’s official online publication.

Until more such robots hit campuses across the U.S., we invite you to have a look at the scary machine MIT built, so you have an idea of how the enemy looks like. 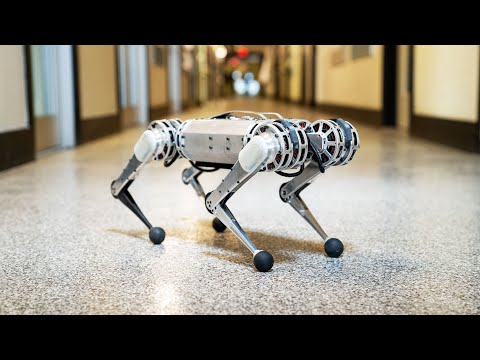