There is no more mystery to our current life, Baby Boomers are often heard complaining. Ben and Eran, two urban explores from the UK, would beg to differ.
9 photos

Ben and Eran are a couple of UK-based urban explorers. They often document their finds on their YouTube channel, Lost Adventures and, while they’re all impressive, not one holds a candle to amazing discovery they made last week. The video at the bottom of the page speaks volumes for that.

Ben and Eran had spotted an abandoned building in Surrey, northeast of London, for some time. They’d seen the dilapidated building and the overgrown park, but they weren’t sure what exactly it was or what purpose it had served. On this particular day, they decided to slip inside and, once there, they found a genuine treasure trove of old prototypes, vintage cars and wooden molds.

As the sign on the floor shows, this building belonged to Bristol Cars, the last independently-owned car manufacturer in Great Britain. Bristol Cars went into liquidation in May this year, when the current health crisis hit home big time. However, based on the video below, these cars have been there for much longer, gathering dust and slipping into complete oblivion.

At least, that’s the impression you get from the video, mostly thanks to the first-person camera POV and the creepy music. Kasun Waduge, financial controller for Bristol Cars, tells the Daily Mail that some of the cars are their property but “others are privately owned and we are looking after them.” However, “we were only holding them temporarily but they couldn't be picked up and they remained there for some months. But none of them area really worth anything. They are just junk.”

If this is junk, it’s very expensive junk because the entire collection is worth around £1 million ($1.3 million). David Fletcher, valuer for Wyles Hardy & Co, the auction house that’s overseeing the disposal of all Bristol Cars assets, says that the lot is being auctioned – and they’re expecting to fetch this amount for it.

It’s an impressive lot, at it: there’s a 2016 prototype of Bristol Bullet, a 1964 Bristol 409 Bullet Speedster created as a test prototype, a 1982 prototype of a Bristol Fighter, a 1957 Beardmore taxi, a mockup of the URT A1GP Open Wheeled Motorsport Series racing car, a clay and wood Bentley-type vehicle made for R&D, and original Bristol Cars wooden bucks dating between 1949 and 1980. And some actual cars, like a 2008 Bentley Continental Flying Spur believed to have belonged to some executive, car and plane engines, and “loads” of spare car parts, together with Bristol Cars merch like tees and hoodies. 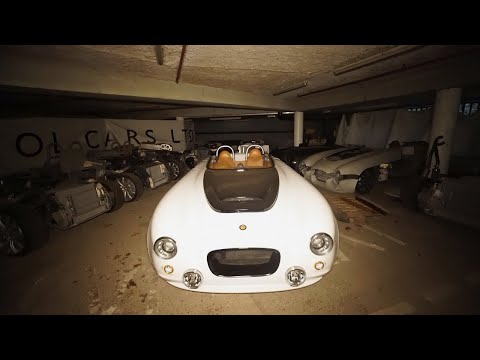