1 G02 Is a Man-Made, Sustainable Island Resort for the Billionaire Who Has It All

4 Travis Barker’s Mansion Is Gorgeous, But His Garage and Dior BMX Bikes Are to Die For

Dubai, the true land of all possibilities – on the sole condition that you’re wealthy. That same condition applies in this case, where one developer seemingly did the impossible to create a very rare underwater garage for the ultimate car collector and homeowner.

The latest in carchitecture (*a real word, not a typo) is to create customized spaces for the needs of discerning car collectors and enthusiasts. Once you’re past beginner level and your budget is limitless, it’s only natural to want to integrate the car garage or the auto gallery into your dream home in the most organic fashion, while also making a style statement.

This property is all about making statements, though, despite of it, it’s also somewhat understated. Located on Billionaires Row in Dubai, which is to say, on Palm Jumeirah, it is a gorgeous, modernist villa with open views to the ocean in its backyard, and an underground garage that puts all others to shame. Even on the glitzy, incredibly wealthy scene of Dubai, an underground garage on Palm Jumeirah is almost an unheard-of rarity, because, here, underground means underwater.

The 2003 property, toured in person by Supercar Blondie and Enes Yilmazer for their respective channels, and shown in the two videos below, includes a total of 13,702 square feet (1,273 square meters) of enclosed living area, but the lot is a tad bigger, as it also includes a landscaped front lawn, a 98.5-foot (30-meter) infinity pool with lounge space, and water features surrounding it. The mansion itself is beautiful, with four levels, five bedrooms and seven bathrooms, all decked in marble and hardwood, expansive glazing, and custom furniture.

But it’s the automotive vault hiding in its belly that is the crown jewel.

The garage alone cost over $4 million to build, Supercar Blondie says. It can be used as a regular garage, in which case it would accommodate up to 14 cars, or as an auto gallery, in which case eight would fit just nicely for display purposes. It comes with an oversize art installation on the rear wall, a winding driveway that swoops down from the main street, separate staff quarters so that you always have your professional driver on hand, and a large window that connects it to the main living area above, and allows you to display your most prized possession for your guests.

As if that’s not impressive enough, we learn that building the garage was a true challenge for the developers. Palm Jumeirah is an archipelago of artificial islands, so digging under the house for the garage meant digging underwater. Developers told Enes that whatever waterproofing standards they had to meet for the building and its underground structure were doubled as an extra precautionary measure.

For the occasion of this visit (both famous influencers arrived together), developer Alpago Properties filled the auto gallery with some truly eye-watering beauties. Alpago Group, which owns Alpago Properties, also owns F1rst Motors, one of the biggest luxury dealerships in Dubai, so for the tour, they brought in $24 million worth of cars.

These include a yellow Ferrari LaFerrari Aperta, a red LaFerrari, a Ferrari F12, a Mercedes-Benz GT Black Series, a McLaren Senna, a Ford GT, and the crown jewel, a Bugatti Chiron Super Sport 300+. All of them are given enough screentime, but none is taken for a drive. Not a single car of these is included in the sale of the mansion, so they’re just eye-candy.

Speaking of the mansion, it’s on the market for $40 million, and its price reflects that kind of luxury you can expect inside. This includes a marble kitchen block (even the kitchen sink is made of marble), a dining table that doubles as a work of art, a zen garden off the master bathroom because taking a bath is not relaxing enought, backlit onyx walls, marble and hardwood floors, a rooftop level dedicated entirely to entertaining and that opens up completely in wintertime, and the latest in terms of home security, including fingerprint access. The place is gorgeous, and it’s even more impressive when you consider what lies beneath it.

Here’s a tour, because the rest of us non-millionaires can only afford to window shop. 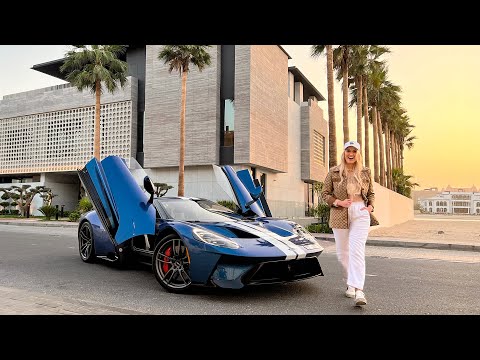 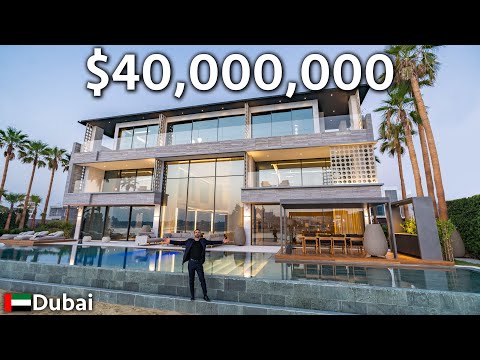