1 Tom Cruise’s Latest Stunt: Riding in a London Cab to the Movie Theater

In This Taxi, You Can Sing for a Free Ride or a Cash Prize

Hailing a cab to work or to run errands is, by far, the most unglamorous and, in these troubled times, stress-inducing thing you can think of. Unless you happen to hop in a very special taxi in Taipei, Taiwan.
4 photos

Tu Ching Liang is perhaps the world’s most famous taxi driver. Known as the karaoke taxi driver, he tells The Guardian in a new interview that he is the only one offering to train his customers’ courage so that they can become superstars. That sounds like a lot, but it’s actually true – though superstardom is a tricky game, especially in the age of the Internet.

But Ching Liang is right: he does train his customers’ courage. In a city so obsessed with karaoke that even taxis have karaoke machines inside, his Toyota is not an uncommon sight. What happens inside is.

Ching Liang offers his customers a strange opportunity: sing for their ride. If their performance impresses him, he might even give them cash prizes. He says the biggest amount he ever paid was the equivalent of $180 at today’s exchange rate, but he wouldn’t go into the details of who was at the receiving end. Funny enough, he also claims to have discovered local pop star and actor Edward Chen, so you’d think he’d be more forthcoming about these things.

The taxi is fitted with cameras, everything you need for a proper karaoke session and, something Ching Liang doesn’t tell his customers right away, speakers on the outside. That is to say, the performance within is as much for the driver as it’s for everyone else. Content recorded inside is then posted to YouTube and social media so, yes, when this taxi driver says he can turn someone into a superstar, he’s not exactly fibbing.

“No one is as lucky as me, walking out the door every day rushing to go to work and not make any money,” he says with a laugh. “I’ve been driving a taxi for 27 years, giving money [as rewards for singing karaoke] for eight years, and filming videos for six years. I’ve filmed 10,000 videos. I was on TV shows from 10 different countries.”

“I’m an international influencer,” Ching Liang continues with the same hearty laugh. There’s a video at the link above with the full chat.

All in all, it’s not a bad business idea. While he does offer massive discounts and even free rides, in addition to cash prizes to those who perform well at karaoke, Ching Liang says customers are so thrilled with the experience that they often tip him more than what they would have paid for the ride. In the end, it’s a win-win: he gets to make money driving a cab, and they get the chance to have some fun – along with the promise of a shot at those elusive 15 minutes of fame. 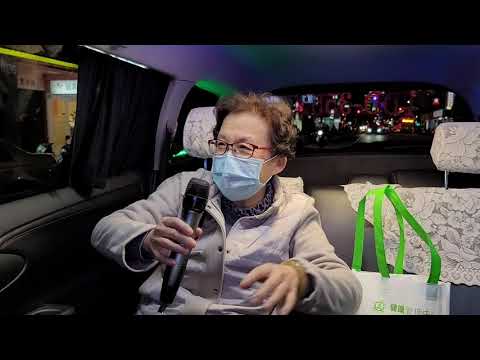