1 This Thor Miramar Motorhome Is Packed With Luxe Amenities, Has an Outside Kitchen Too

The early 1900s saw the beginning and rise of an automotive company that we would still be talking about over 100 years later. Heck, people are still driving Ford vehicles in just about any country in the world. But few people know that there was once a glamping habitat that could be mounted to of-era Model Ts.

In 1916, $100 Got You a "Ford" Telescoping Apartment, the World's First Slideout Camper

Folks, just to make things clear, what you'll be witnessing today is nothing more than one of the most accurate replicas of a mobile habitat from back in 1916, the Automobile Telescopic Apartment, most commonly known as the "Ford" Telescoping Apartment. You'll understand why the quotations around Ford shortly. No joke, this is a real project with even more real roots.

As Ford was hitting the streets with vehicle after vehicle, a gentleman out in California was hard at work developing what the RV/MH Hall of Fame regard as "the world's first patented slideout camper." It's called the Automobile Telescopic Camper, and while Ford wasn't the manufacturer of this RV, the U.S. Patent Office has a record of this camper from 1916. The creator, Gustave De Bretteville, made sure to make it applicable to Ford vehicles, Model Ts in particular. Images from an old Popular Mechanics magazine reveal the camper sitting on Model Ts from as early as 1915. R&D probably goes back even further.

Now, the downside to this story is that there seem to be just two units alive. One was sold to the RV/MH Hall of Fame by RV historian David Woodward, and the second is the one seen in the videos below. The second was created by Herb, the gentleman in the video, based on direct interactions with the original. He even stayed true to the screws and dovetails used to put together the original cabinets and shelves. And, it seems to be the only one roaming around the U.S. in working condition (we'll talk about that later).

Now, finding a Model T like the ones meant for the Telescopic Apartment is rather hard to find, so Herb realized that a 1924 Model T Runabout had just the right flatbed to fit the original measurements. Luckily for Herb, he found a Runabout at an auction with an engine that required very little engine work and basically went to town on it, creating the machine you see here today. Yes, everything has been restored by Herb, including the paint job.

As for the habitat, the camper is initially that turtleback mounted on the T. Well, as it is telescopic, there's another shell inside that is to be pulled out. Only once the interior is extended outward does this mobile home really show what it can do.

Looking at it from the rear, the Apartment reveals two lateral spaces mounted into the interior shell. Those, too, are pulled out with a telescopic action. On the right side, you can see an array of drawers and cabinetry used to store clothing and other utensils, while on the left side, the galley is found. Because Herb is a very serious fellow, he even includes of-era gas cooker and tins, among other things.

The original version was even marketed with a shower attachment fed from a water tank on the roof. While Herb's version does not, I really don't think that even matters anymore; this thing is still a dang unicorn. The best part about what you've read and witnessed today is that this sucker is for sale! No joke. In one video, Freighter Jim, the channel's host, mentions that this replica is looking for a new "caretaker."

Now, people keep calling this thing a replica, but in my opinion, that just doesn't matter; it's hella original. I personally haven't contacted Herb or Jim, but if you do, leave a comment with how much this puppy is being sold for. However, I can give you a hint on how much you're NOT going to pay, 100 USD (88 EUR at current exchange rates), the price you would have paid back in 1916 for an original Telescopic Apartment. 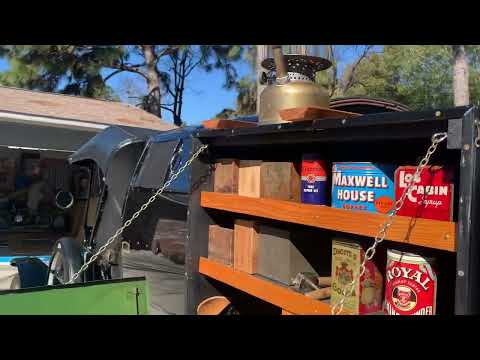 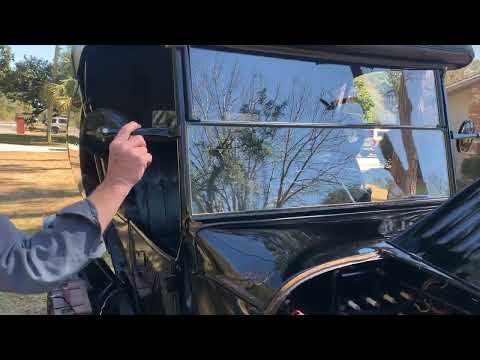