1 The U.S. Military Wants to Use Rockets for Cargo Delivery, Blue Origin Is On Board

2 Elon Musk on Colonizing Mars: First Landing Will Be in 5 Years

4 William Shatner Gets Into Serious 2-Vehicle Crash in Los Angeles, Is Unhurt

5 Elon Musk Threw Jabs at Jeff Bezos, He Should Spend More Time at Blue Origin
Car video reviews:
Up Next

We’ve become convinced over the years that modern-day billionaires are no longer interested in keeping an air of aristocracy around their businesses and personas. That’s because most of them were not born into wealth, but made it on their own.

If Jeff Bezos Moves to Space, This Will Probably Be His Home

Of the many billionaires the planet currently has (over 2,700 of them), three stand out through their unorthodox approach to things, nerdiness, and a really strange desire to leave our planet one way or another: Richard Branson, Elon Musk, and Jeff Bezos.

All three have long ago committed to taking civilians to the edge of space onboard spacecraft designed by their companies, and strangely enough, they've all managed that in the same year. Although some have struggled to do so for more than a decade (Branson), and others had to use a spacecraft designed to carry proper astronauts to space to achieve their goals (Musk), it is actually Bezos that stole the show in 2021.

First, because his New Shepard spacecraft went over the Karman line with civilians (some of them famous) on board more times (by one, but still) than the VSS Unity and the Crew Dragon - to be fair, Musk’s machine took certified astronauts to space more times than rival companies combined did the same for civilians.

Then, Bezos did one more thing last year to put him ahead of the pack: he became the only one of the three to announce plans for the creation of a private space station in orbit around our planet.

Orbital Reef is how it’s called, and it’s being planned by Blue Origin together with Sierra Space. When ready, it should become a new ecosystem that should open up space for business and travel. “Commercially developed, owned, and operated,” of course.

The place will be, if you’ll allow, a sort of business park in space, with shared infrastructure and an open system architecture that should make it suitable for whatever goal one could envision chasing in space.

The purpose of the station is to give companies, space agencies, nations, media, and private individuals the chance and means to pursue things that are impossible to pursue here on Earth or, on account of various reasons, on the existing International Space Station.

Orbital Reef will be placed in low Earth orbit (LEO), at a distance of 500 km (311 miles) from the surface of our planet. It will comprise modules that will be equipped with Earth-facing windows, quarters for living and working, and of course plenty of hatches to connect them together. It will be capable of supporting 10 people in an overall volume of 830 cubic meters (29,300 cubic feet), but that is probably only the beginning.

Orbital Reef will be built with help from a large number of companies. Blue Origin will be in charge with designing the utility systems and large-diameter core modules, and will handle launching them into orbit using the heavy-lift New Glenn rocket.

The main partner in this endeavor, Sierra Space, will supply a module called LIFE (Large Integrated Flexible Environment). We’re talking about a structure 27 feet (8.2 meters) in diameter, with three floors that house space for a lab, a kitchen, a garden, and sleeping quarters.

Sierra will also be in charge of taking people up to the station, and it will do so using its Dream Chaser spaceplane, a space-shuttle looking flying machine that should launch vertically using a rocket, and land on conventional runways.

Trips to the station will also be available using the Boeing Starliner, provided the aerospace company manages to make it work properly. Boeing will also contribute the science module, station operations, and maintenance engineering.

Other entities are involved in this as well, including Redwire Space (payload operations) and Genesis Engineering Solutions, which should come up with a single person spacecraft “for routine operations and tourist excursions.”

The Arizona State University is in charge with “research advisory services and public outreach,” which we reckon it means advertising the Orbital Reef to as many potential users as possible.

Blue Origin and the others plan to have the station up and running by the end of this decade, and once things get going, it should “provide anyone with the opportunity to establish their own address on orbit.” We’re pretty sure Jeff Bezos will not miss the opportunity of being among the first to do that. 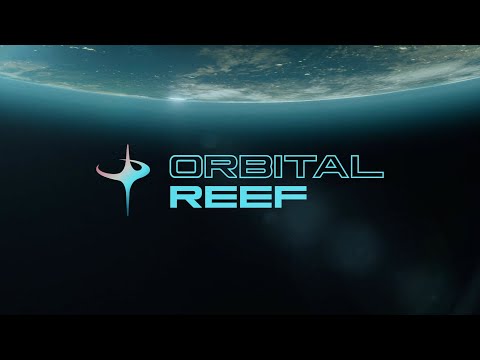