1 Porsche Is Very Serious About e-Bikes, Buys Stake in Fazua

5 Fiido's New Cargo E-Bike Is Sturdy, Fast, and Equipped to Go the Distance. On or Off-Road
Car video reviews:
Up Next

Living in the city comes with its particular set of challenges, including those related to personal mobility and how convenient, affordable, and just as importantly, sustainable it is. iEV Motors, an EV company from Denmark, claims to have a solution to all these, with the four-wheel EV called iEV Z.

iEV Z Is the World’s Narrowest Electric Vehicle, Changes Size Depending on Your Needs

The iEV Z is a tiny thing that looks like the lovechild of a proper car and an electric quadracycle, an electric vehicle that goes down the same route as other four- and three-wheelers that have tried to combine the ease of use of an e-bike with the functionality of a car. But it does bring something new to the table, and that’s the ability to change size depending on your specific needs. How’s that for a real-life Transformer?

The iEV Z doesn’t exist yet as a production vehicle, though iEV Motors promises the first units will be delivered later this year. As New Atlas points out, it’s not an electric vehicle that came out of nowhere either: this transformable quadricycle has been around since at least 2018, when it was introduced as the iEV X. The Z version, formally introduced earlier this month, brings several cosmetic upgrades and an updated body that would make it safer for road use.

The iEV Z claims to be the narrowest vehicle in the world, six times smaller than a car, with a width of just 78 cm (30.7 inches), which also makes it the only vehicle in the world that can be driven through a doorframe. In fact, iEV Motors says, you could actually drive this thing inside your apartment, though exactly why you’d want to do that is not specified. Bragging rights, most likely.

To carry a single passenger, the iEV Z travels in compact mode, which is 145 cm (57 inches) long. Should the need arise, it can extend robotically to 235 cm (92.5 inches), to allow a second person to be seated in the back – though that means traveling al fresco, because the body opens up.

If that passenger also happens to carry luggage, the vehicle can extend even further, to 275 cm (108 inches). In total, it can carry up to two people and two sizable pieces of luggage. One could make the argument that you can do the same with a cargo bike, but you would get no weather protection in that case.

Plus, this tiny EV is smart, the makers say. “Intelligent” is the word they choose: the entire vehicle is controlled by means of an app, from opening it and starting the motor, to checking stats and performing the extension, which reportedly takes a few seconds. The interior is “modern” and customized for comfort, with two seats (the passenger seat tucks away in the back of the driver’s seat when in single-passenger mode), a 12-inch display in the dashboard, cameras, and LED touch buttons.

The prototype in the video at the bottom of the page seems rather on the flimsy side, but that could be just an impression caused by the slim and high profile. The maker, for one, claims that iEV Z is designed for safety, with anti-intrusion beams, emergency exit in case the robotic mechanism fails in a collision, disk brakes on all four wheels, molded safety glass on the windows, and front and rear polycarbonate bumpers. The vehicle is built with 3D-printed parts, aluminum and carbon fiber body, and a carbon steel chassis.

In Europe, the iEV Z is classified as a quad / micro-mobility scooter in the category 2.1.6 – L6, which means it can travel on the road, and also in dedicated bike lanes. Pricing for the first 50 customers is set at €5,850 ($6,633 at the current exchange rate), not including shipping and taxes. Pre-orders also allow for €100 ($114) reservations on the priority list. 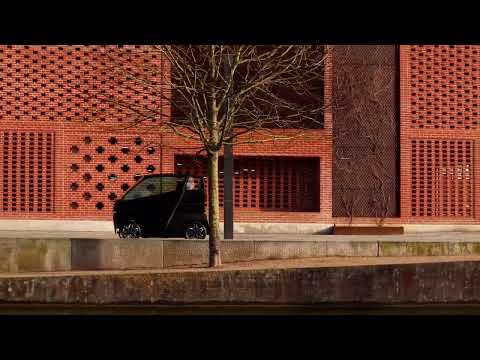 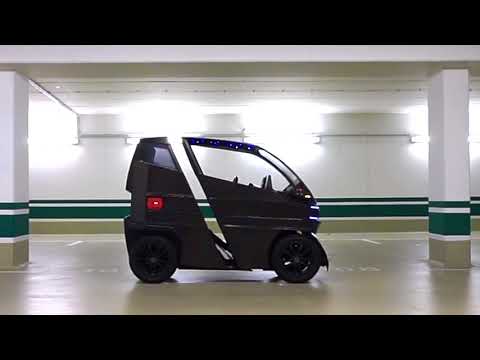