1 Wayne's World 1976 AMC Pacer Selling With All the Movie Quirks, No Bohemian Rhapsody

2 Inside Rodz & Bodz: More Than 100 Celebrity and Movie Cars

3 Talking KITT Replica Sold in Germany for Hefty Price, Even The Hoff Liked It

5 Thunderbird 2 Is How You Turn a ‘94 Toyota Previa in a One-Off, Awesome Campervan
Car video reviews:
Up Next

Celebrity ownership adds value to any automotive that is being flipped on the specialized or used car market. In some cases, like this one, the quirkier the car, the higher the interest in it.
13 photos

Idris Elba, permanent James Bond contender, Marvel star and internationally-famous DJ, often credits the bleak BBC cop drama Luther for his claim to stardom. As a side note, in reality, his first claim to fame was his spectacular turn on HBO’s The Wire, but it was his leading role as DCI (Detective Chief Inspector) John Luther that truly put him on the map.

In that fictional universe, DCI Luther was known for three things: his cut-the-BS attitude, his unconventional detective work, and his love of old Volvos. Through the show’s five seasons, he drove several of them, but the one that got the most screentime – and fictional love from Luther – was a battered 1990 740 GL that showed up in season two, three and four, and even made it into the trailer. In other words, this battered car with mismatched parts was illustrative of Luther as a character.

That same Volvo was listed at auction with Anglia Car Auctions and, despite the fact that it’s far from what any driver would consider a solid buy, was able to fetch four times the highest estimate. The auction house was hoping for £1,200 ($1,619 at the current exchange rate), but someone ended up buying it for £4,104 ($5,540).

The car came with 145,921 miles (234,837 km), a mismatched front wig, missing bits on the body and the wheel trims, but an MOT valid through 2023. In between appearing in the film, it’s been with five different owners, who clearly used it thoroughly.

The auction house offered it with the prop dash communications radio, “as well as what we believe is a blue light atop the dashboard.” You know, for when the sixth owner will like to play cops and robbers, as long as they don’t do it on any public roads.

Authentication was offered by means of a sheaf of BBC production call sheets and parking permits, and an “extra touch of realism” came with a cardboard cutout of Idris Elba. Fancy! 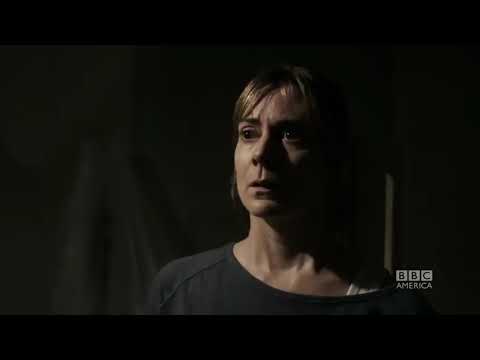