Chrysler made automotive and NASCAR history back in 1969 and 1970 with the introduction of the Dodge Charger Daytona and the Plymouth Superbird. Both were short-lived and didn’t prove too desirable back in the day... unlike modern times.
31 photos

Nowadays, just seeing a Charger Daytona or a Superbird out on the road is cause for celebration. But how about driving a 1970 Plymouth Superbird that turns heads just by leisurely cruising around? And given that we are dealing here with Shawn Davis, the cool host of the successful AutotopiaLA channel on YouTube, is anyone surprised the guys even attempted a little “vintage” burnout?

The big gist of everything is that Fusion Motor Company’s pristine Lemon Twist 1970 Superbird the crew just shot is “one of my all-time top three favorite muscle cars ever.” So it is no wonder Shawn keeps mentioning the phrase bucket list. The highlights of what made the Superbird tick come from the one-minute mark, and we are happy to report the myth-busting session was quite instructive.

Now, this unit is equipped with the 440ci big-block engine and a single four-barrel carb, so it’s not the most desirable mix out there (that would be the 426ci Hemi with a six-pack). But it’s actually highly relative when put into the proper perspective. After all, it has the “BeepBeep” horn and it’s still working (check it out at the 3:45 mark).

And when the real fun starts (at 4:45), the drive is not necessarily about what the host from Fusion and Shawn feel. Such as the 375-horsepower engine going to work on a “very sticky day” or the 1970s suspension handling modern roads. Instead, it’s all about the amazing reactions from the audience, which kicked off at the 6:45 mark.

More so, because it’s Shawn Davis and AutotopiaLA we are dealing here with, there’s also the customary burnout attempt at the 8:40 mark... in a freakin’ 1970 Plymouth Superbird! 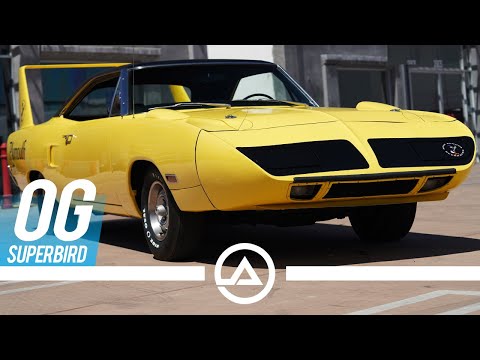