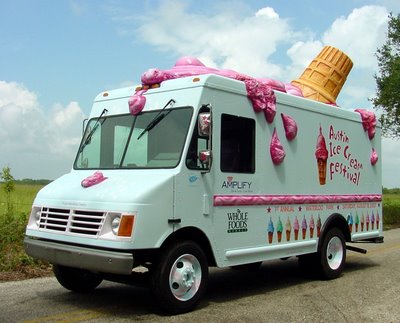 Driving an ice cream truck can be extremely boring sometimes, not to mention that the driver has to be gifted with some of super natural skills to be able to stop his desire of eating the ice cream. But for 49-year-old Ronald Clifford Purdy the whole thing was a lot more exciting, as he decided to make an extra topping for the ice-cream he was delivering: alcohol.

The Pasco County Sheriff's Office said they received a 911 call in which somebody warned that an ice cream truck driver almost hit a kid, so the authorities started pursuing the truck. Purdy was pulled over and asked for his address. The answer? "I'm 49-year old!".

Authorities claim he was so drunk that he actually gave his birthday instead of mentioning his address, a report by the Associated Press informs. Arrested for driving under the influence, the 49-year old driver had a blood alcohol concentration of 0.227 percent, which is almost three times more than what the allowed limited.

Now, many will hit at the driver and criticize him for driving under the influence, but maybe he just wanted to stay warm. It's not easy to drive an ice cream truck during so cold winters, you know?

Or maybe he was just trying to develop a new type of ice cream with alcohol. We, as avid lovers of a variety of ice cream lovers, must admit that rum ice cream is an absolute delight, so don't judge the poor guy...