Hyundai Veloster to Show Its Face in Paris 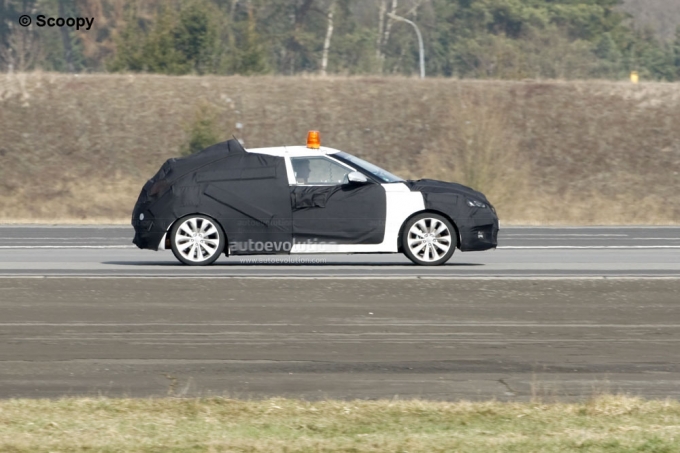 Hyundai will finally present its Scirocco challenger in October at the Paris Auto Show, as pre-production models are currently under heavy testing in various parts of the world. Already caught by a number of spy photographers, the car is expected to rely on a sporty an aggressive styling that would resemble the concept publicly introduced to the world back in 2007.

Details were until now kept secret but a report issued by hyundai-blog.com puts things straight. The car will employ Hyundai's new 1.6-liter engine, with maximum power expected to exceed the 140 horsepower barrier. Not yet confirmed, but a second powerplant might also join the lineup, in the form of a 1.6-liter turbocharged direct injection that would produce somewhere in the vicinity of 200 horsepower.

If we are to trust the previous rumors, the car will be the size of the Accent, likely powered by a 1.6-liter four-cylinder with Direct Injection, developing 140 hp and providing a fuel consumption rating of over 40 mpg (5.8 l/100km).

Since it will be aimed at Volkswagen's Scirocco, a dual-clutch configuration would pretty much make sense, so the aforementioned source suggests a twin-clutch configuration, combined with fuel-saving systems, might also make it to the production model.

Just as usual, there's nothing confirmed and more information is expected to surface later this year, as we get closer to the official launch date in October. However, the model will likely go on sale across Europe in the first months of the next year. The Veloster coupe might also step on American soil but, in case this is indeed true, it won't happen sooner than late 2011.