1 Hyundai Will Build the Ioniq 5, 6, 7, and Batteries at New Factory in Georgia

4 If 800-Volt Architecture Is the Holy Grail of EVs, Why Do So Few Carmakers Use It?

5 The 2022 Ioniq 5 Could Be the Best Tesla Alternative in the EV SUV Market
Car video reviews:
Coverstory

Hyundai is the latest carmaker to embrace the much-hyped over-the-air updates. The Korean manufacturer announced that it will offer infotainment updates for its Ioniq 5 EV. This will be pushed over the air and installed automatically, without the owner visiting a dealership to get them.
7 photos

Hyundai will push OTA updates twice per year to Ioniq 5 owners, helping them keep their infotainment software and maps up to date. An update notification will appear in the infotainment system. Still, the owners will be able to choose when and where thy update the Bluelink software. This ensures the Ioniq 5 will always benefit from the latest security and map updates, as well as new features as Hyundai adds them.

Right now, Ioniq 5 owners can choose to either go to a dealership to perform the update or download it themselves to a USB stick from Hyundai’s Navigation Updates website. They will also have to do that to be able to receive future OTA updates unless they are already on a software version newer than 220211. Once updated, the Hyundai Ioniq 5 will gain OTA update capability, with the downloads happening in the background.

While downloading the updates, Ioniq 5 owners will still be able to use all infotainment features and the navigation system as needed. When the update completes, a notification will be sent to the customer’s smartphone via the Bluelink app. Hyundai promised to deliver two updates per year. The first one will roll out from mid-June to Ioniq 5 users who have installed the base software version 220211. The second update is scheduled for the second half of 2022.

Unlike Tesla or Polestar OTA updates, those offered to Hyundai Ioniq 5 customers will only affect the infotainment system. It is not clear whether Hyundai can update the drive system or other parts of the underlying software with future OTAs. Recently, Polestar demonstrated such a feature when it offered a performance upgrade to Polestar 2. This pushed the peak power up by 68 horsepower to 408 horsepower. 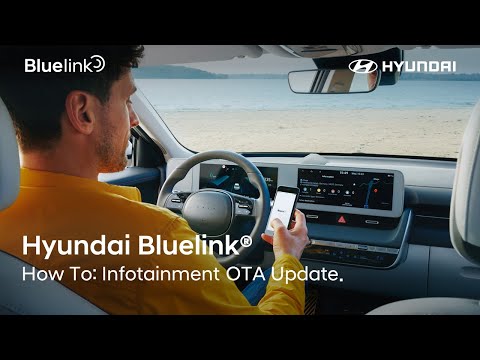