1 Apple Finds Someone to Build the Apple Car, and No, It’s Not Who You Think It Is

The South Korean automaker first announced its upcoming dedicated EV architecture called E-GMP back in December last year. It then quickly brought it to our attention with the Hyundai Ioniq 5's debut this February and the March outing of its Kia sibling, the EV6. Another month later, and it’s time for their first official meeting, devised as a way to promote the company’s new E-pit ultra-fast charging station network.
15 photos

One can easily see through the play on the quick Formula One pit stop trope, but even though this is going to be fast, we’re still a long way from seeing battery electric vehicles recharged in mere seconds.

That’s not to say that both Hyundai’s Ioniq 5 and the Kia EV6 are any kind of slackers. Quite the contrary, the duo is actually working hard to bring high-end multi-charging (400/800V) capabilities into the affordable, mass-market EV bracket.

For example, the Hyundai Ioniq 5 is capable of sipping juice at up to 350 kW and complete a 10% to 80% recharge in just 18 minutes. The Kia EV6 naturally has the same credentials and is even capable of sharing its energy thanks to a neat V2L (vehicle-to-load) feature that makes it a 3.6-kW mobile power generator.

The latter feature isn’t showcased in Hyundai Motor Group’s promotional videos for the new ultra-fast E-pit charging station network (both are embedded below), but we do get a glimpse of both zero-emissions vehicles sharing the parking station. As far as we can tell, this is probably the first instance these two get seen together, actually.

The videos also feature some data that will make charging mechanics aficionados' day, as at one time, we see a 55% SoC (state of charge) and a 218-219 kW intake, which is a great figure even though it’s nowhere near the maximum advertised rate of 350 kW. As always, that’s probably achieved only in perfect conditions, just like automaker-rated fuel consumption.

All in all, both the Ioniq 5 and the EV6 are shaping up as great upcoming EVs, and it will be interesting to see their regular 400V capabilities as well as the pricing information across different regions. 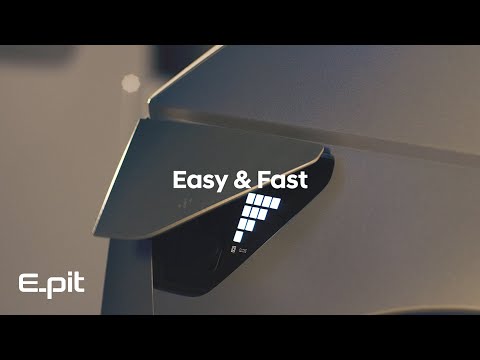 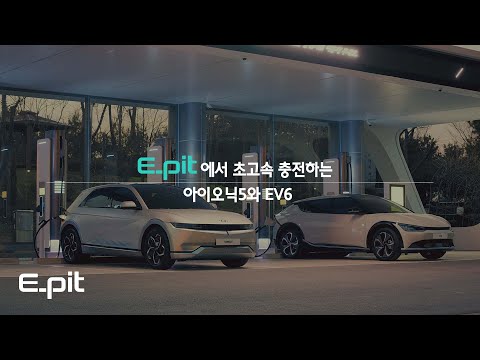