2 Chrysler Investigated for Securities Fraud
Up Next 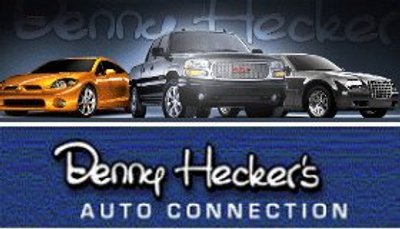 The Minnesota based car dealer Denny Hecker has been sued by Hyundai Motor Finance for a $104 million debt, following in the footsteps of American manufacturer Chrysler, who also sued Hecker for an almost half a million dollar debt, Autonews reported.

Both loans contracted by the dealer from the financial companies were needed to buy vehicles for Hecker's rental and leasing companies. With the economic distress growing more and more violent, the dealer has become unable to repay the loans.

Hyundai has offered Hecker two loans, in February and August 2008, so that the dealer could refinance the purchase of 4,477 vehicles for Advantage Rent a Car. Hyundai claims it hasn't received any payments from the debt holder since December last year and, the financing company says, it hasn't been able to take control of the fleet of vehicles, used as collateral by Hecker.

The finance company is confident it would get much of its money back, as Advantage Rent a Car was acquired by Hertz Corp. earlier this month for $30.27 milllion. According to Michael Buckingham, Hyundai Motor Finance president, a substantial amount of money is expected to be recovered.

"We should do pretty well on the sales of the rental cars," Buckingham was quoted as saying by the aforementioned source. "We're working with them on the liquidation of the fleet." Out of the 3,500 vehicles owned by Advantage in December, when Hecker filled for bankruptcy, only 2,500 were left when Advantage was awarded to Hertz.

Chrysler on the other hand is fighting to get back $479 million from Hecker, after recovering through repossession $68.3 million from the initial $660 million loan. Things don't look good for neither of the parties involved, as no one now knows who financed what. "Chrysler may be seizing cars it did not finance," Timothy Thornton, Hecker's attorney said. "Others may be trying to seize property that Chrysler financed." Still, he hopes a deal can be reached with Chrysler.