3 Automakers Asked to Sign Up in X Prize Race
Car video reviews:
Up Next 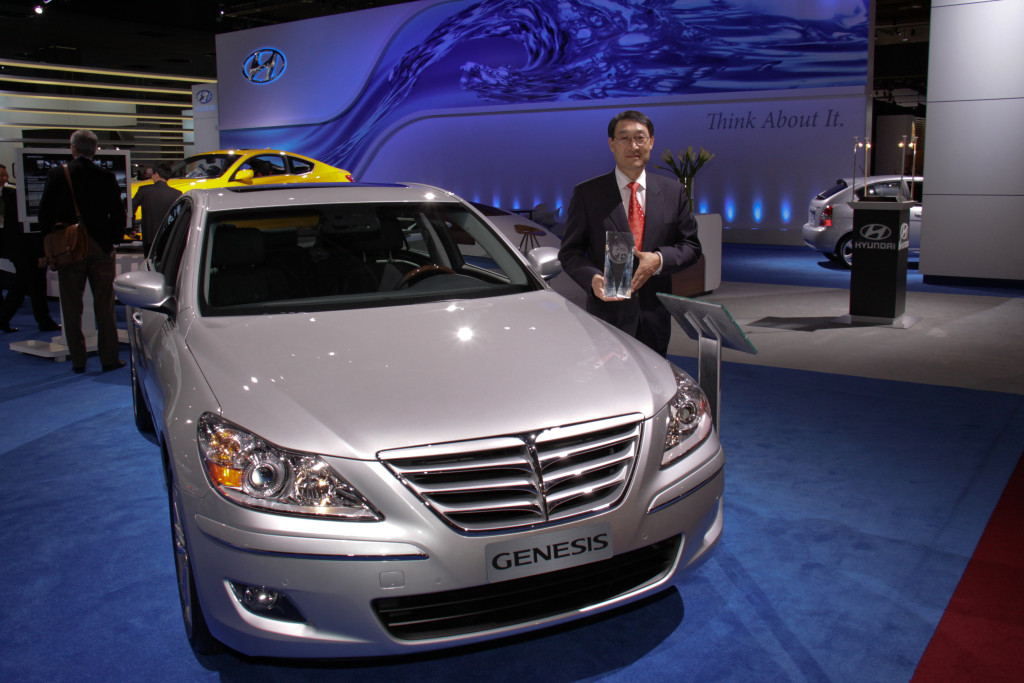 Fifty fresh vehicles were attentively evaluated by the jurors, each and every detail was taken into consideration and although the competition was really harsh, the award went to Hyundai Genesis.

Oh yes, you heard it correctly: as unbelievable as it may seem, a Korean vehicle became the 2009 North Car of the Year. The jury analyzed all the new cars introduced last year and chose the 2009 Hyundai Genesis as the best new model.

“Genesis represents everything we’ve learned, so far, about engineering great automobiles – and we’re delighted that the judges have recognized the good work of our R&D teams,” said John Krafcik, Hyundai Motor America acting president and chief executive officer. “And we’re not stopping here…Genesis will share company in Hyundai showrooms this spring with its rear-wheel drive platform-mate, the Genesis Coupe.”

After months of continuous and critical evaluation, the jury selected the the top three cars and top three trucks. Hyundai Genesis shared the stage with the Volkswagen Jetta TDI and Ford Flex. The results were announced at a news conference at the 2009 North American International Auto Show in Detroit.

The award is even more honorable as the selection was made by 50 independent, full-time automotive journalists from the United States and Canada.  Jurors judge the cars taking into account various factors such as innovation, design, safety, handling, driver satisfaction and value for the buck. This year which happens to be the 16th anniversary of the awards, Hyundai Genesis convinced the jury at all these chapters.

The competition was inspired by the already famous European “Car of the Year”, but the American version has surely gained its own prestige. We can but congratulate the guys from Hyundai on the prize but we're still looking forward to hearing about other good news from them. In the meantime, you can check more photos with the Hyundai Genesis in our gallery below.