2 Japan Managed To Make Hydrogen From Sewage, Cars Are Driving With It

Not everything always goes according to plan and a small Welsh startup called Riversimple can vouch to that. Their long-delayed but very much touted hydrogen-fueled car Rasa is finally going into beta testing.
4 photos

Riversimple first made headlines in 2016, when they announced a 2018 launch date for their green but very tiny car named Rasa. Not long afterward, they claimed they would make other vehicles after the Rasa, based on the same powertrain.

2018 came and went, but there was still no Rasa in sight. The good news is that there’s a new deadline for the release and a beta testing program that will start rolling as early as next spring. The Rasa will be out to the general public (hopefully) in 2022.

As tiny as it is, the Rasa is billed as the future of clean, carbon- and guilt-free automaking. Autocar notes that it is capable of an estimated 250 mpg and a 300-mile range from 1.5 kg of hydrogen, with the downside that it will only be able to reach a top speed of 75 mph. Still, it’s better than the initial estimates of 60 mph.

Testing will take place solely in Monmouthshire, Wales, where Riversimple is based. To that end, the company set up a hydrogen filling station in the UK and the second in Wales. Riversimple says that most of the people who have shown interest in the testing program already happen to pass by Abergavenny on a daily basis, either because of their work or to run errands.

Details of the testing program are scarce, but Autocar reports that it will include members of 5 public sectors operations, 2 car-sharing companies and 280 retail customers. Each user will run a Rasa for 2 months, before handing it over to another user: this way, more people will get to experience what it’s like to drive around in a hydrogen car.

Customers will pay £370 per month and 18 pence per mile, says the same report. Riversimple founder Hugo Spowers explains that they’re hoping they will be able to keep the same price scheme after market launch. The test program will also allow Riversimple to collect data on usage, so each car will come with 20 GB of bandwidth to serve this purpose.

After the Rasa, Riversimple will bring to market a van. The company is also open-sourcing its hydrogen technology, hoping to inspire others to make cleaner cars, whose only output is water. 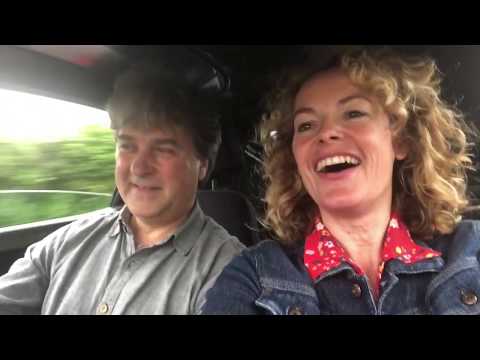