2 Hulkenberg Will Drive F1 Car Each Friday in 2011

3 Weber Sees Hulkenberg Back in Racing in 2012
Up Next 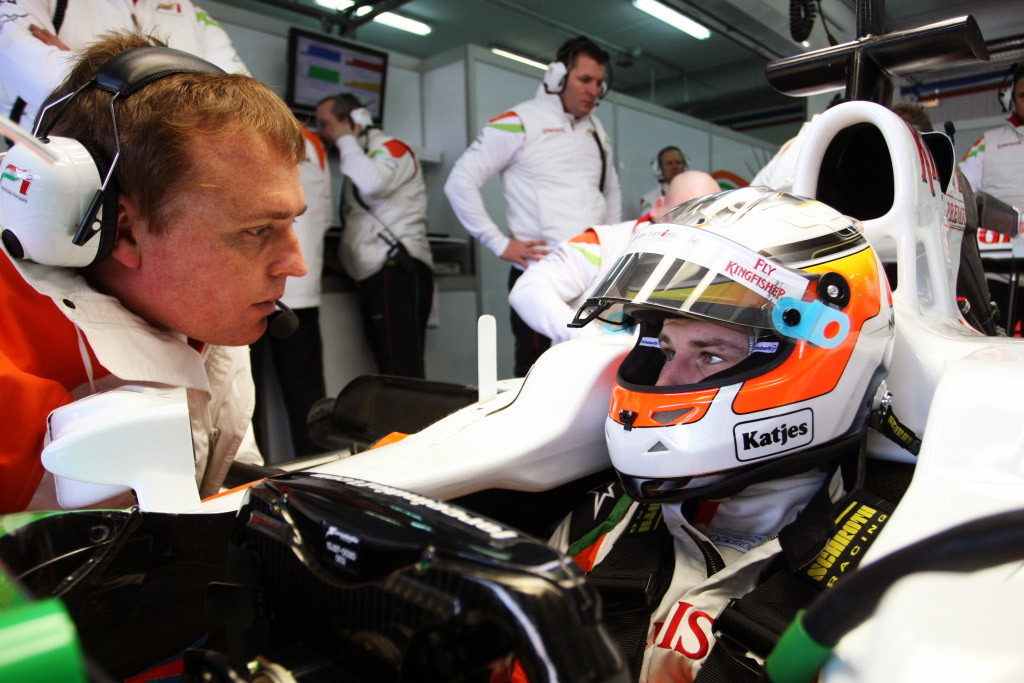 Force India Mercedes presented its single-seater for the 2011 Formula 1 campaign yesterday, a car with which they are targeting a bold 5th place in the constructors' classification. What this means is that race drivers Adrian Sutil and Paul di Resta will be under a lot of pressure to deliver some strong results from the get go, otherwise their future at Silverstone might be in danger.

Of course, this is not how the team outspokenly tackles the new campaign, but we all know F1 is all about setting high expectations and fulfilling it. And in case something doesn't click right within the Force India lineup through 2011, guess who's going to be there waiting for another crack at it? Yes, it's not rocket science, we're talking about reserve driver Nico Hulkenberg.

While everybody at Force India is enthused with the launch of their new car, Hulkenberg is haunted by one thought only: how to make it back onto the F1 grid. After a brilliant campaign in 2010, at the end of which many praised him as the best rookie of the year, Hulkenberg was ousted from Williams on financial issues.

Asked about his goals for 2011, Hulkenberg has no doubt: help the team as much as he can on Fridays and prove them that he's worth signing as a race driver in 2012.

“I am still in Formula One, even if it is hard to accept not being on the grid any more,” he said. “I will have the chance to run on Fridays and will do everything possible to put in impressive performances to recommend myself for a permanent seat in 2012.”

He once again hit at the current trend in F1, which favors drivers with money rather than God given talented youngsters.

“It is probably the current economic climate that has created such a situation because you also have to say that without funding there is no racing, so there is the necessity to dig for gold. Of course it would be preferable in Formula One for the best drivers to compete against each other with sheer talent alone and not with their wallets.”

Both Sutil and Di Resta have been signed for one-year deals by Force India, meaning Hulkneberg will have an equal shot at making any of the two racing seats at the end of 2011.