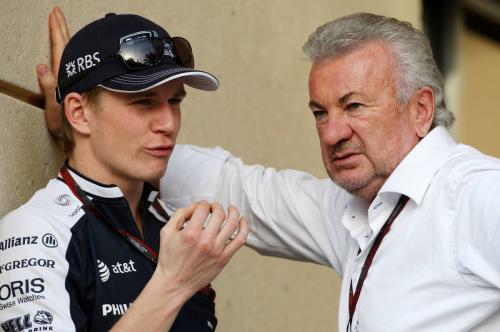 According to a report from Blick newspaper in Switzerland, Force India has already decided on their 2011 drivers lineup: Adrian Sutil and Paul di Resta will be race drivers for Vijay Mallya's squad, while former Williams racer Nico Hulkenberg will fulfill the Friday driver/reserve role throughout the upcoming season.

Needless to say, without an official confirmation from the team itself, people close to the matter started commenting on the story, and curiously enough Hulkenberg's manager Willi Weber was the first one to make the headlines. Although some considered the German racer lucky to even get a job in such a short notice – he was ousted by Williams immediately after the 2010 season – Weber insisted testing for Force India is not yet an option.

“I am negotiating with several teams,” he said in a recent interview with German agency SID, while also saying that his client's future will be determined in mid-January.

Timo Gans, another member of Hulkenberg's management team, also denied the recent reports, telling the media that “the official statement is made usually by the team. So we don't want to make any official statements before the team does.”

According to Adrian Sutil's manager Manfred Zimmermann however, Force India will make an official announcement on their lineup in 10 to 14 days, but for the time being no contract has been signed between his client and the Silverstone based team.

“I don't know where it comes from – probably from Willi Weber because it says Nico Hulkenberg will be test driver,” said Zimmermann, referring to the allegations forwarded by Blick recently. “I can only speak for us. We are basically in agreement with Force India, the contract is being drafted but it is not signed.”