2 2017 Mercedes-Benz E-Class, SLC, and SL Are Now Available to Order

Home > News > Industry
Vlad Mitrache
The 2017 Mercedes-Benz E-Class has had its official launch, both on the Internet and in the life we still like to call “real,” even though we spend less and less time in it, but that doesn’t mean it’s already become a common appearance.
1 photo
In fact, if you’ve seen one live, on the streets, then you’re either mixed up by the new design similarity between the Mercedes-Benz models, or you’re indeed a very lucky fellow. That’s what makes this finding from our usual Mercedes-Benz models spotter that more valuable.

The cars, sporting different engines, colors and configurations, were carefully placed in a snow-covered parking lot. They all wore Stuttgart number plates, suggesting they’re factory vehicles that were about to be used for some sort of presentation or driving tests. The fact that they were spotless despite the wet asphalt and the abundance of snow around hints that they were cleaned on the spot, prior to whatever event was about to unfold that required such an impeccable attire.

These shots confirm what we already thought about the new 2017 Mercedes-Benz E-Class: a very good looking car, sexy even, that’s way too similar to the other models in the range, particularly the C-Class. It used to be that moving up the segments brought you more than just more space and features - it was also a means of owning a more stylistically different car. Not anymore, and it’s not just Mercedes-Benz who’s been afflicted with this malady. In fact, it’s fair to say that Audi started it.

Nevertheless, we get to see the interior once again and all is forgotten. Have the old E-Class dashboard next to the new one and all arguments are closed. Yes, it is slightly different than the C-Class’ and only marginally modified from the S-Class’ (OK, maybe a little more than that), but you won’t hear any future E-Class owner moan over it. And it’s probably the same with the exterior. The clients will just be glad they have a very good looking car and not be bothered by the fact that C-Class owners have one that looks just the same, only smaller. To each his own. 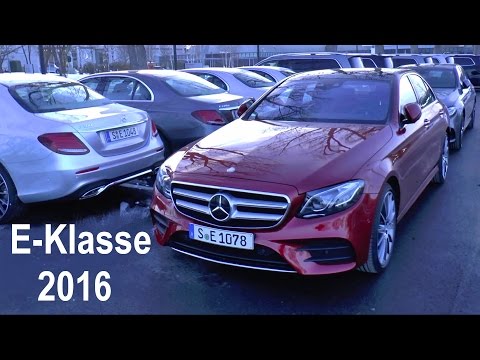