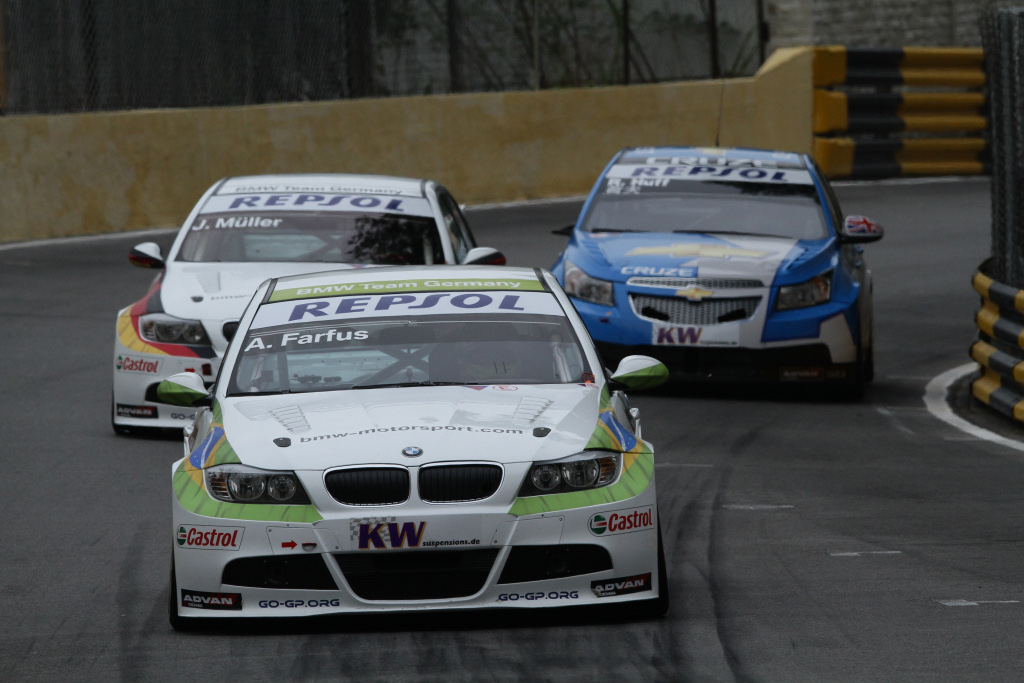 Chevrolet's Robert Huff topped the qualifying session of the FIA World Touring Car Championship season finale at Macau, clinching pole position in some very difficult conditions on the streets of the aforementioned city.

The qualifying session was simply chaotic in its second part, at least from SEAT's standpoint. The two title contenders driving for the Spanish marque – reigning champion Yvan Muller and current WTCC leader Gabriele Tarquini – crashed one into another and ended their hopes of starting from a decent spot in this weekend's first race.

As all of you probably know by now, scoring a good time in qualifying and securing a good grid position in Race 1 is often the key to a great result at Macau. Unfortunately for the SEAT fans, Muller and Tarquini will start the race from 8th and 9th respectively, while their BMW rival for the title Augusto Farfus will start from 3rd place.

However, the Brazilian driver will start the race behind teammate Andy Priaulx, and it's more than likely that team orders will power him into 2nd place after the very start of the race.

As for the SEAT duo, it's to be noted that the accident in which those two were involved was not the fault of either of them. Muller was the one to lose control of his car mid-way through the Q2 shoot-out – because of the oil that remained on track following James Thompson's crash during Q1 – and the lack of visibility caused Tarquini to bump right into him a few seconds later.

Minutes later, Huff would go on and do his final attempt to dethrone Priaulx from the No 1 spot, which he eventually managed to do in the dying seconds of the session.

SEAT managed to get 2 of its 5 drivers in the Top 5 after all, with Marc Gene and Tiago Monteiro eventually finishing behind the BMW pair. Sixth overall was BMW's Jorg Muller.