We’ve known for a while that Huawei was working on alternatives to Google’s services given the company’s legal trouble in the United States, and today the Chinese tech giant announced several of them.
6 photos

Including Petal Maps, that is, a new mapping service that is supposed to become a Google Maps competitor featuring new-generation capabilities.

Petal Maps is built from the ground-up with navigation in mind, so it offers turn-by-turn directions, just the way Google Maps does it. The interface looks rather straightforward, and the app offers both 2D and 3D modes for drivers. Additional features like lane assist also seem to be available, as we can see in Huawei’s video presentation.

Petal Maps will be available in a series of languages like English, French, Spanish, German, Italian, and Chinese, and will also include walking directions and public transportation, with Huawei explaining that these features would only be offered to users in some cities at first, with the goal of bringing them to more regions at a later time.

One of the most interesting features in Petal Maps is the air gesture support. Drivers can change the navigation route view with a simple gesture, all without touching the phone, which is great for reducing the distraction behind the wheel. Simply holding the hand in front of the screen until the hand icon appears is enough to request the viewing mode to change.

Huawei claims that its new navigation app is built with user privacy in mind.

“We respect your privacy. Regarding personal data, we fully comply with local laws and regulations to protect user data and privacy. All of your location data is securely protected with E2EE (end-to-end encryption) and other advanced privacy protection technologies,” the company explains.

The Chinese company says Petal Maps will be available on Huawei AppGallery as a beta in the coming feature, but for the time being, a more specific ETA is yet to be shared. 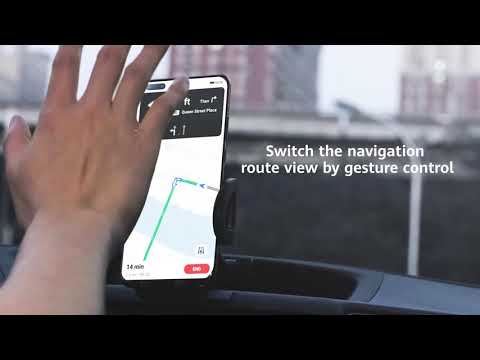