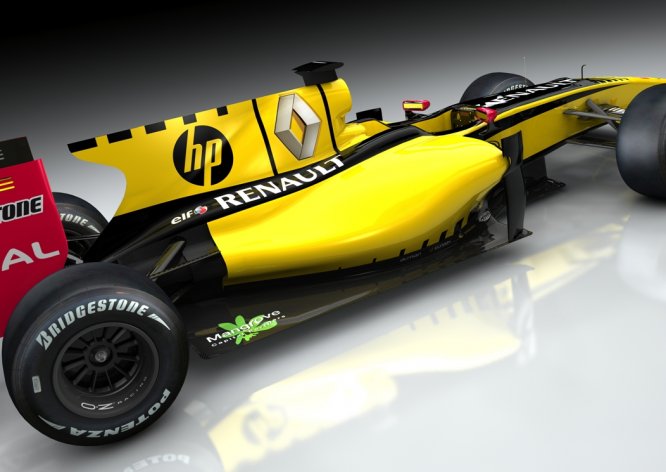 Renault has finally secured an official partner for the 2010 and 2011 Formula One seasons. After several sponsors left the boat last year as a consequence of the crash-gate in which the French manufacturer was involved, the new Genii Capital-controlled outfit managed to get back in business by signing a 2-year major sponsorship agreement with global technology leader HP.

Consequently, starting from this weekend's Bahrain Grand Prix, the Renault R30s driven by Robert Kubica and Vitaly Petrov will have HP branding on them.

“We are delighted to welcome a global leader of the stature of HP to our partner network. F1 has a proven ability to boost brand awareness around the world, and we are proud that Renault F1 Team will be HP’s partner of choice in achieving this goal,” said Renault F1 Team Chairman Gerard Lopez.

“We are delighted to strengthen our partnership with the Renault Nissan Group and to provide the Renault F1 Team the best of our technology to support them in their quest for victory,” said Eric Cador, Senior Vice President, Personal Systems Group HP EMEA (Europe, Middle East and Africa).