1 2016 BMW 7 Series Shows Up in the Metal at Frankfurt, Celebrates World Debut

New smart EV Models Will Get Their Electric Motors from Renault

How to Use Gesture Control on the New BMW 7 Series

Gabriel Nica
The 2016 BMW 7 Series came out with 25 brand premieres and 13 industry-wide ones according to the Germans. Those include amazing features such as the capability to park your car from the outside using the key fob, and the world’s first sound system with diamond tweeters amongst others.
1 photo
However, one of the key elements of the marketing campaign behind the new 7 Series was to highlight the introduction of Gesture Control. Aiming at helping you to remain focused behind the wheel, the new feature will be coming in handy when you want to perform various tasks without taking your eyes off the road.

There are five basic functions included such as:

The system uses a 3D sensor installed in the roof lining of the car, next to the rearview mirror. It recognizes the hand gestures of the driver, as long as he keeps his hand between the steering wheel, dash and the gearshift lever. The system works best if you use gestures close to the dash and in front of the iDrive screen.

In order to take a phone call, all you need to do is point towards the screen. Rejecting a phone call is done with a swiping movement. Adjusting the sound volume is done just as easy, rotating your finger clockwise increasing the volume and going the other way around decreasing it. As for the 360-degree car view, you need to pinch and move your hand to rotate the camera around your car.

It’s all explained in the videos below along with instructions on how to activate/deactivate various functions of Gesture Control. You can even set up your custom gestures, but we won’t get into details right now. 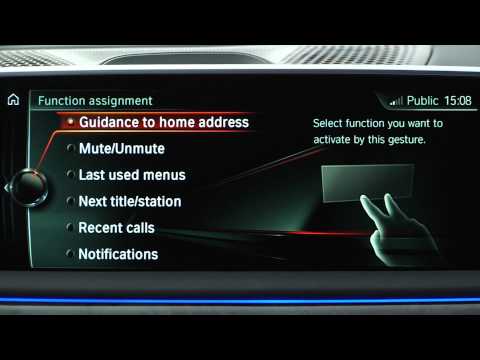 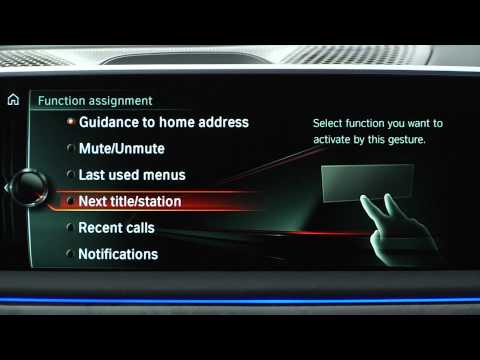