1 In Israel, You Need a Gun to Be Respected

4 There Is No War

How to Say “Thank You” Behind the Wheel

Road rage is quite a common activity these days and carrying a weapon, be it a baseball bat, a pepper spray, a knife or even a gun in your car is the only thing you can do to make sure you reach your destination in one piece. Especially if you leave in Russia, as the avalanche of clips coming from Mother Russia and showing us the way traffic problems are solved there is entertaining and terrifying at the same time.
1 photo
But road rage is clearly not the right solution and what's even more sad is that most people know that. The good part is that there still are a bunch of people who're not willing to turn into violent punks, so they adopt a very relaxed attitude behind the wheel. Or at least, this is what we like to believe.

So, leaving road rage aside, it's extremely important to learn how to say “thank you” while on the road and some other driver makes you a favor. Just imagine you're driving on a secondary street and you wish to get onto the main road, which is already full of cars waiting for the green light. Another driver looks at you and gently invites you to get in front. How do you react? How do you say “thank you”? 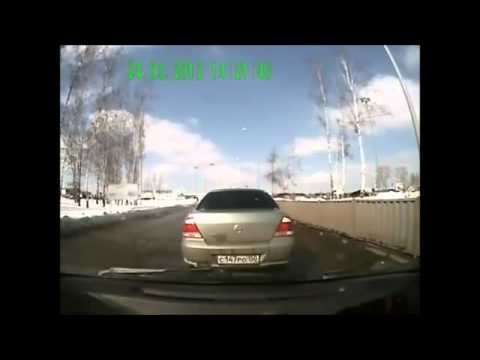 Road rage is growing at a very fast pace all over the world. The avalanche of clips flooding the Internet right from Russia shows that being polite sometimes seems the only possible solution to stay alive.

Just to be clear, the “thank you” is just an optional gesture and although some drivers may refuse to adopt it, it doesn't necessarily mean that a very aggressive driving style is the answer. No, you should drive as friendly as possible and remember that if you help another driver, someone may return the favor right back to you.

There are many ways to do this, but the method varies by country, continent and driver. Sometimes even by the car model. 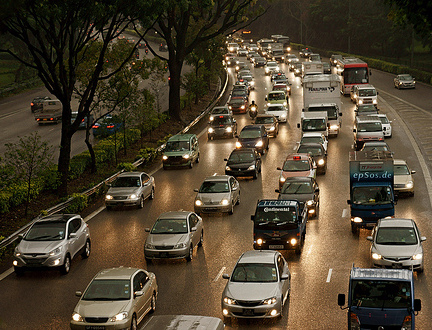 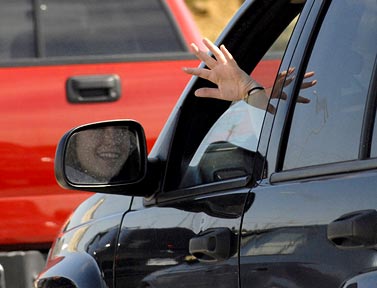 In many Eastern European countries, turning on the emergency lights for a second of two, in sign of appreciation for the good deed the other driver made for you, is a common practice. Yes, we know it, the hazard lights are there with a clear purpose, so this isn't quite the perfect solution. But given the fact that these lights are on just for a few moments, they do not harm anyone. And sometimes, it's the safest, the most effective and the easiest way to say “thank you”.

A commonly used practice is to simply show your appreciation by waving the hand. If you drive a regular passenger car, simply get your left hand (or the right one if you're in the UK or Japan) outside the window and raise it. Just like a medieval salute. It's that easy.

On the other hand, other drivers prefer to raise the right hand sharply, the one that's on the gear stick if you are driving a manual car. This obviously implies that the driver behind you sees your gesture, which is kind of impossible if the back window is tinted.

Raising the hand is also possible if you are driving a convertible or a car that has a sunroof. You can always raise your hand through the roof, just like a teenager that enjoys a hot ride. This is just another very effective way to show your gratitude, as it's very likely that the driver behind sees you.

Of course, there's a special driver category that thanks you by slowly moving the head down in sign of appreciation. Women like to smile or raise their eyebrows, while men sometime even shout “Thank you dude!” outside the window to make sure you heard them. 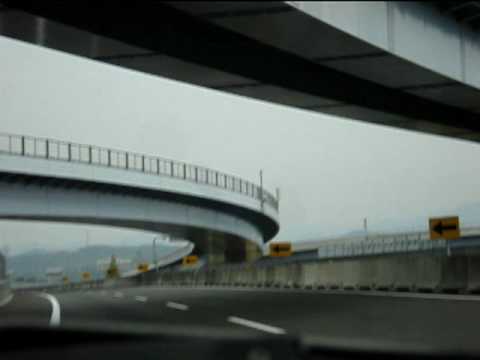 Being polite is not that hard. A thank you is actually just a press of a button away. Japanese drivers use the hazard lights a lot, but not for emergency cases. This is how you say thank you behind the wheel in Japan.

Some drivers are so impressed with the “thank you” gesture that they are trying to say “you're welcome mate!”. Again, there are several ways to do this.

In just a few words, some people use a very short flash light signal, but this could bother the other drivers on the road and turn back against you. So it's better to simply raise your hand or just node your head is sign of approval. Also, women can reply with a smile, that you barely notice by looking in the mirror, while men raise a few fingers from the man holding the steering wheel in a totally dominating style.

Again, this doesn't mean that a driver who doesn't say thank you is rude. No, some are so focused on the driving action per se that they forget to do it. Others don't know how do it. And of course, some do not want. But that's another story.