5 A Bike Is Stolen Every 11 Minutes in the US
Car video reviews:
Coverstory

How to Prevent Motorcycle Theft

Having your bike stolen is most likely one of the nastiest things that can happen. It's even worse than crashing and mauling it beyond repair; at least as you crash and are still in one piece while the ride is going to the scrapyard, it was your doing, or for what's worth, the deed of another (ignorant) road user.
1 photo
That's it, it's dead and buried, get whatever you can from the insurance company and start thinking about a new one and where you would get the money from. On the other hand, having worked hard to earn the money for a motorcycle and waking up one day to see it missing is really painful, frustrating and disheartening.

With a huge number of bikes being stolen around the world every year, we believe this short guide will help you secure your property better and enjoy your motorbike for a longer time.Thieves with a shopping list
Bike thieves can be separated in three large groups: guys who do this for a living, thieves who steal a bike to commit other crimes, and those in search of a joy ride.

The latter are not necessarily looking for a certain bike to steal – they just want to ride, and they'll most likely abandon your machine later into the night. Most bikes stolen “for fun” are later recovered by the police and returned to their rightful owners, some even in perfect condition. It's true, some joyriders are poor riders and will crash while aboard your bike, adding some personal injury to theft, driving without a license and other potential damage.

Then, there are the criminals who use motorcycles as getaway vehicles because they are fast and extremely maneuverable. Even more, they can be ridden in places when cars would not fit. Recent smash and grab crimes in the UK have showed the great potential of bikes when used inside shopping malls.

With very good acceleration, fast and easy to squeeze through busy traffic, narrow passages and similar places, motorcycles make almost perfect getaway vehicles for criminals. However, you'll most likely never hear of a Victory Vision stolen to rob a mall... 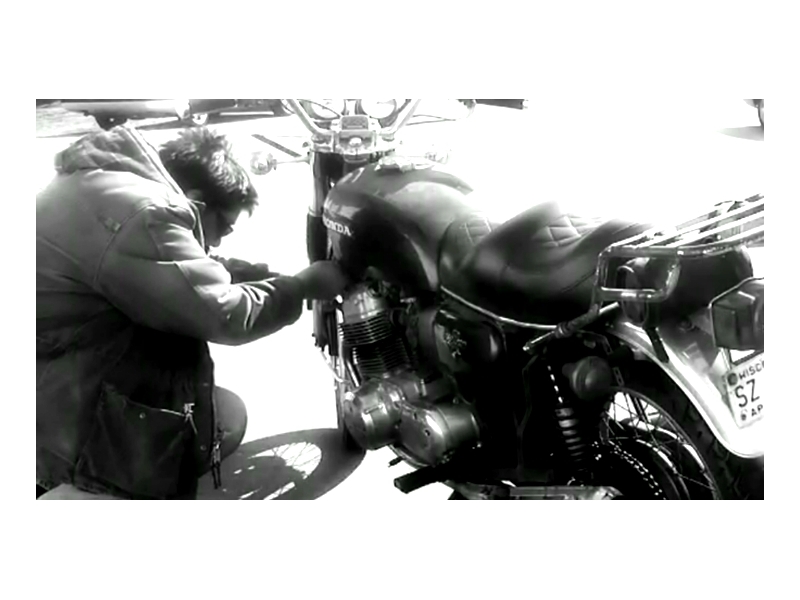 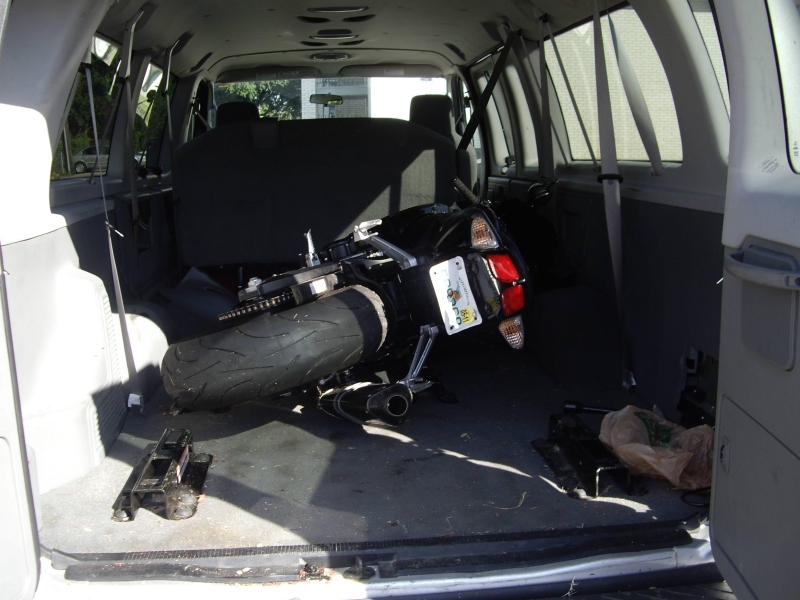 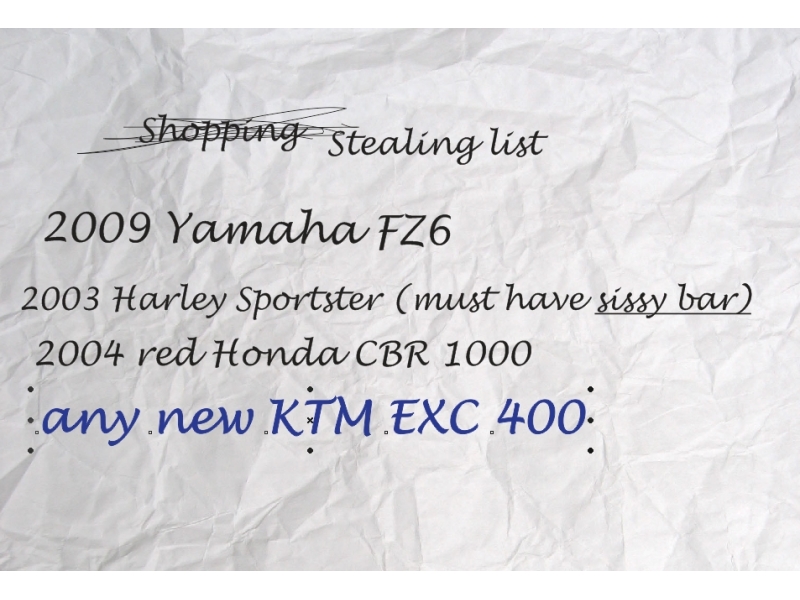 The last category of bike thieves is the largest and the most dangerous: professional thieves, who track down and steal bikes on order. They are looking for certain bikes and manufacturing years, even colors, and it's these guys who author the biggest chunk of all thefts.If you do it, do it right
Even though you live in a quiet and seemingly safe neighborhood, this has nothing to do with your bike: if a thief is after your ride, he will track your movement around the city, learn your habits and strike, when you're in the city with your bike, or sleeping and the bike is presumably safe in your garage.

So if you feel like adding some protection to your ride, you better do things right. There is no middle road: you either leave your bike as it is and hope for the best, or spend some bucks and take some precautions.

That is, thieves will even be amused if you “secure” your bike with a flimsy steel line or a thin chain and a common 3-dollar padlock. It's better to spend the 3 bucks on beer, at least you'll be cheerful. When thieves decide to move in on your bike, they're not bringing hairpins and a pincer, so you'd better give them a run for the money.The tips
1. See no bike, steal no bike. With most thieves looking for certain bikes, yours is safer if it remains unseen. This means hiding your bike form plain sight, especially when you're going to be a longer period of time away from it: during work hours, at night, or when you're simply away.

The best way to do this is by parking your bike inside a garage, or in a guarded parking lot. However, if you don't have a garage, there are two other options: parking it out of sight and hopefully in the angle of a surveillance camera, or in plain sight.

For example, if you're out in town, eating or so, finding a spot where you can actually see your ride is great. Parking in large lots, underground mall parkings or airports is also a very good way to have your bike stolen if left with no safety measures.

Finally, the easiest way to hide the bike is to cover it. A nice, common, inconspicuous cover should do: a manufacturer-branded one is however, one good way to make your bike a tad more appealing to thieves. With the bike covered, few thieves will dare venture and look under the cover to see your bike, and this works in your advantage.

2. Steering lock. Motorcycles have had steering lock systems for quite some time now, and even though they are fairly easy to bypass, they are yet one more impediment in the way of thieves. Remembering to lock your steering a great first-step defense against bike theft and in the case of less experienced criminals, it might save the day.

3. Locks, chains and lamp posts. The next step in preventing bike theft is using passive locking devices, such as brake disc locks, chains, u-locks, or devices like the RoadLok. Rideaway thieves will definitely not be happy as they see a powerful rotor lock on your brakes, and they will most likely be looking for another bike.

Just remember about it as you get on the bike, lest you want to ruin it and crash in the silliest way possible, Stretch lines in loud colors attached to the throttle are sold with pretty much any disc lock. Use them!

At the same time, having secured your machine with a string, hardened steel chain to solid, fixed objects, will make your bike's disappearance a lot harder. Just like we mentioned before, cheaping out on such anti-theft devices is simply throwing money away. A thin chain is no obstacle for a determined thief, and it will give way with the most basic bolt cutter.

On the other hand, using a thick chain (Abus, On Guard, Kryptonite and so on) means that the efforts for cutting it, prying it open or breaking it after spaying with freezing agents must be tenfold, take a lot longer and in the end, not worth it. 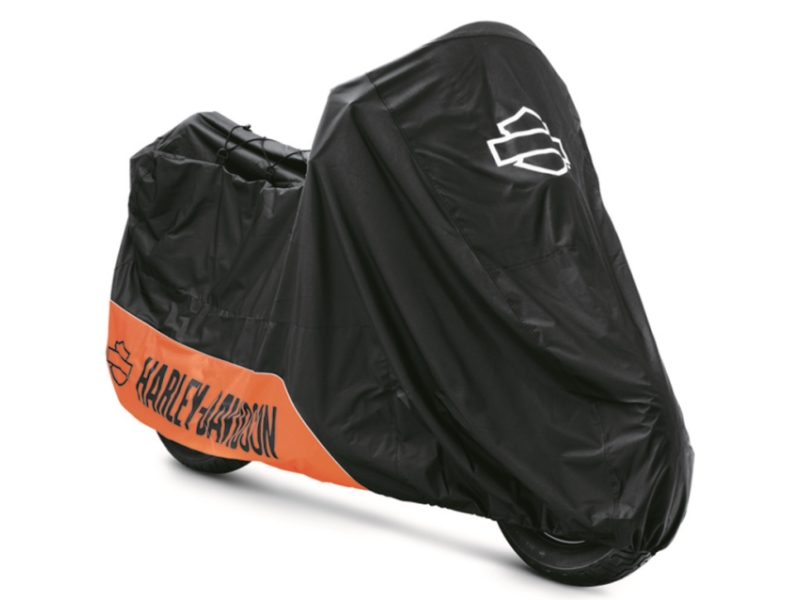 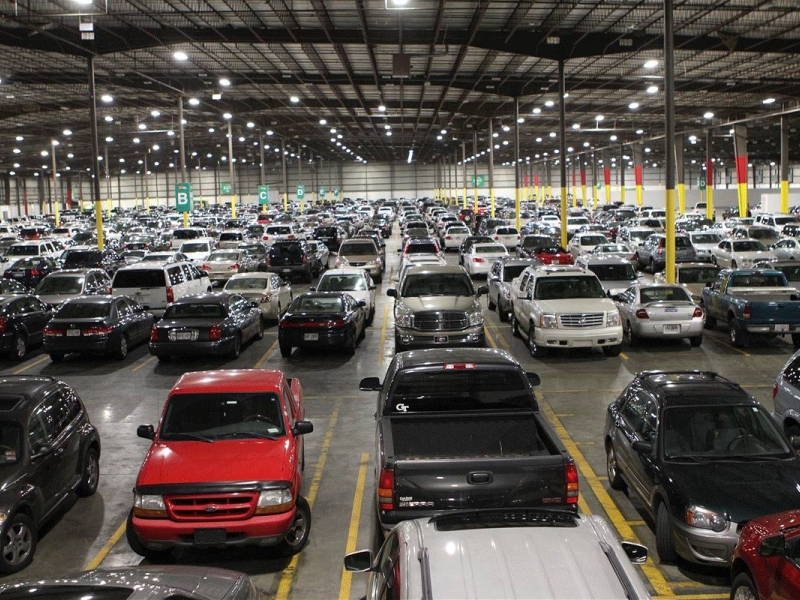 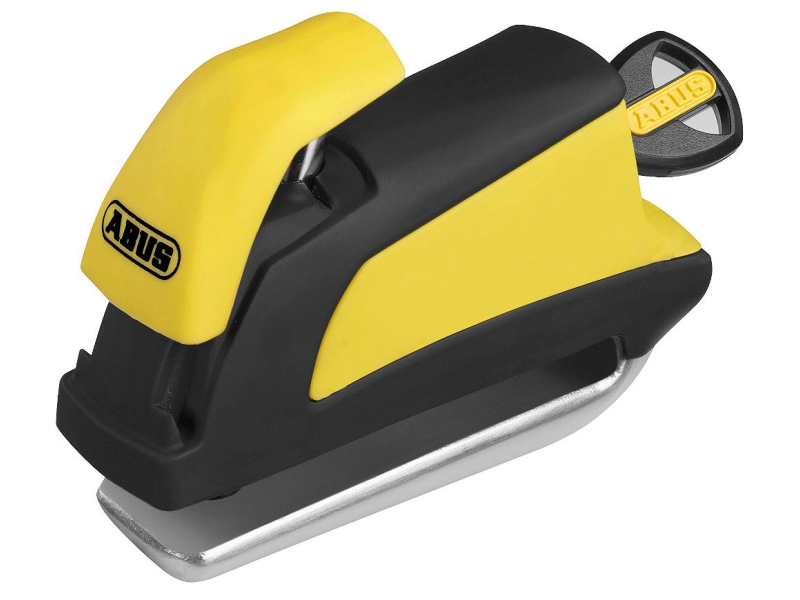 When possible, try to lock your bike to solid objects, such as rails, lamp posts and the like: not only are they impossible to move, but they will also cause loud noises if hammered into. Floor anchors may be useful, but in case the bad guys have a large, strong crowbar, they could use the very ground as leverage and break the ring, thus making lifting the bike into a van possible. Of course, rideaway thieves will most likely drop the job.

4. High and through. Whatever you might be using to secure your bike with, make sure of two things: that you're not leaving it lying on the ground, and that you have it through the frame. The reason for this tip are quite simple: having a lock down on the ground gives the thief a solid support for hammering into it. If the “ties that bind” are in mid-air, there will be no hammering, as we've never heard of thieves carrying an anvil and a riser when out for a bike.

5. More systems are better. If you want to add to the peace of mind, locking your bike with two security systems is quite a good idea. A chain AND a disc lock, a U-lock and an alarm, pretty much anything goes: thieves may be prepared to tackle one safety device, but nobody is ready for every scenario.

6. Make it ring loud. Yes, our favorite piece of gear – alarms. With many such units capable of producing noises in excess of 110 dB (a metal concert usually goes around 123-126 dB), an alarm will easily draw attention in case someone meddles with your bike. Drawing attention on the job is exactly what thieves are trying to avoid, and there are so many ways to put them in the spotlight.

Alarms now come in tens of designs, and most of them have accelerometers which make them go off in case the bike is moved, lifted or flipped. Such alarms are now even present in disc locks, so there is really no reason not to get one, just to be on the safe side.

You can always add a sticker on your bike, letting the people know that the bike comes with an alarm system... and you can use this trick even if it isn't: few will be daring enough to try and check the facts.

7. Be evil, creatively evil. One more way to cause thieves to leave the bike in place and get away cursing you is installing additional gimmicks to prevent them from starting the engine: hidden killswitches!

Even if the thief managed to cut your bike free, having installed a supplemental killswitch in a hidden place makes it impossible to fire the engine. Installing an additional killswitch is easy, poses no threat to the safety of the machine and takes 20 minutes.

If you are sneaky AND evil, you can add more switches, reverse the main killswitch, add an inconspicuous spring-loaded button which needs to be pressed along with the ignition one.

If evil is your middle name, you can follow the hint of a very twisted guy and install three unlabeled, unmarked mini toggles, and wire them in a certain sequence. Only one of the total number of possible combinations will close the electrical circuit and allow the bike to be started. Drum rolls... ta-daaa!

8. On keys, title and more. If you store your bike in the garage, make sure you don't leave the keys there. Once inside your garage, the thieves already have plenty of tools to carry out their plan so it's no use helping them. The same goes for the papers: if they've got your papers, they'll be able to effortlessly make it past policemen before the bike is reported stolen. And by that time, it may be too late. 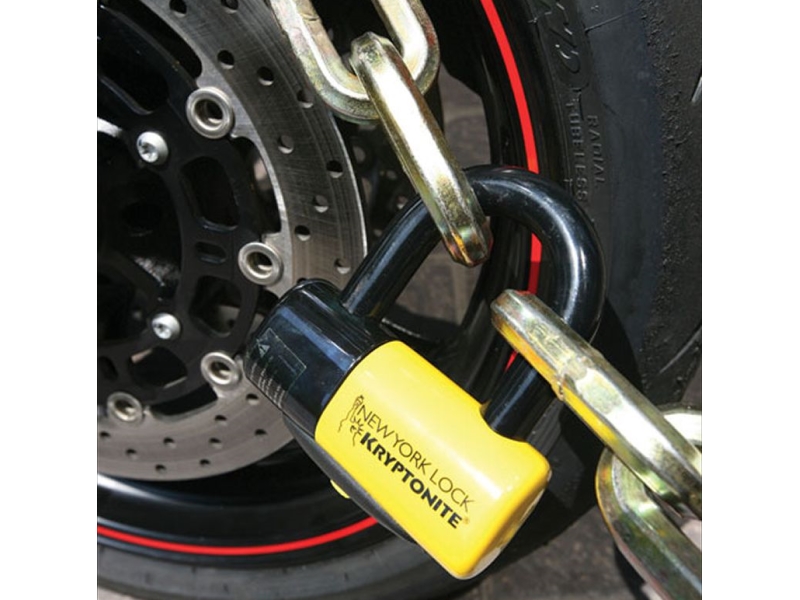 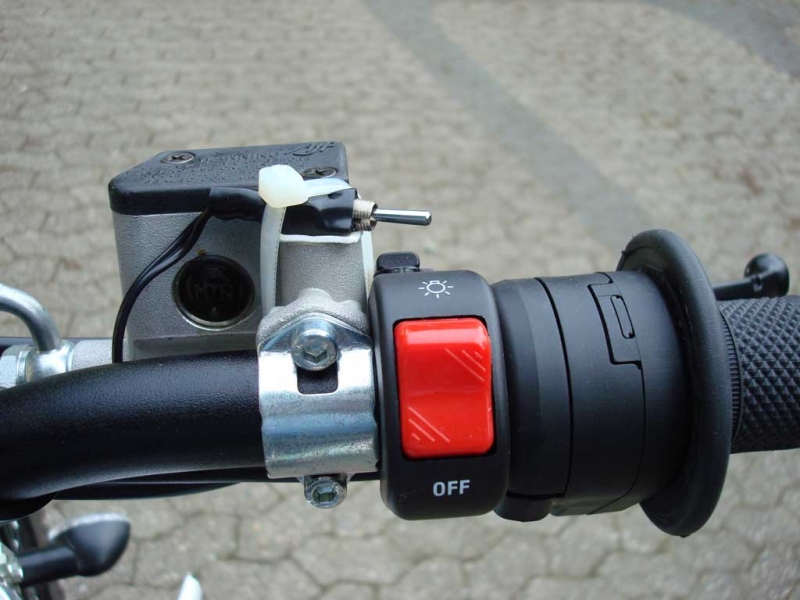 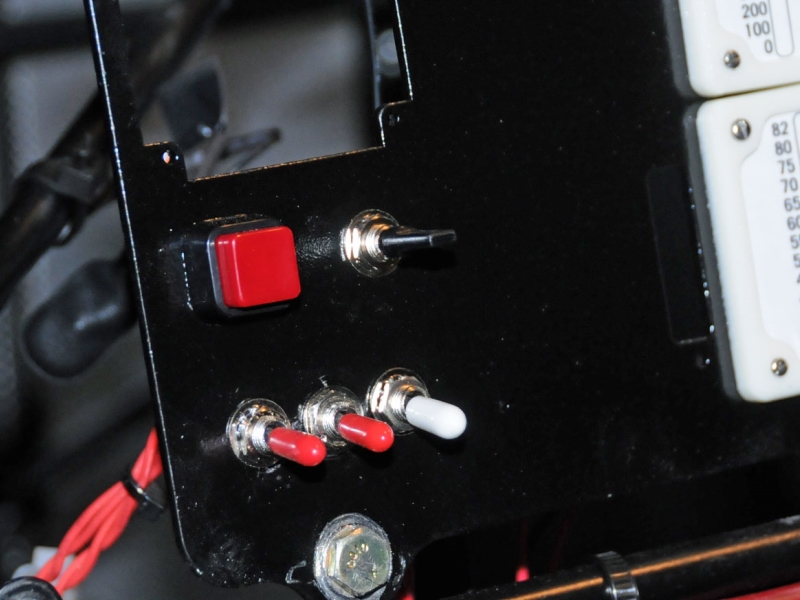 And you could really use some alarms for the doors. More or less sophisticated or even makeshift or “the punkrock-way” (as a friend liked to call any DIY systems), they all mean one more obstacle for the thieves, and one more chance for you to keep the bike.

9. Get smart. Get a GPS locator and hide it inside the frame so you can track the bike from the moment you notice it's gone. Telling the police the whereabouts of the motorcycle helps them do their job better, faster, and may also lead to catching more than one thief and recover multiple bikes.

With GPS tracking now available on smartphones, tablets and computers, learning which way your bike went became really easy. And it's also free.

Finally, we can only hope that the wonderful MASTER Datatag system can and will be extended to more countries. Since many stolen bikes are torn down and their parts go on “legal” frames, finding them is almost impossible. However, with a Datatag-enabled and marked motorcycle, chances to recover it and catch the thieves are so much higher.

In the end, maybe the only way to rest assured your bike is never stolen is not buying or riding one, but that's not why you're here on autoevolution, is it?