How to Fix Google Maps Not Working Correctly on Android Auto

While Google Maps is the world’s number one navigation app, this isn’t by any means a guarantee everything is always working flawlessly for everybody.
1 photo
The bigger the number of users, the more chances for various issues to be experienced, and this is why it’s so important for the community always to report the problems they come across to Google.

Google Maps is currently available in the car both on smartphones and on systems like Android Auto and CarPlay. Despite the occasional updates it receives everywhere, small glitches still appear every once in a while.

What you need to know is that a Google Maps error on Android also affects the experience on Android Auto, so it’s critical to fix the app on your phone to make sure it runs correctly in the car too.Google’s recommended steps
Google says there are two recommended steps if you come across issues with Google Maps: update the app to the latest version and clear its cache and data.

Installing the latest version takes just a few seconds if you use the Google Play Store. In theory, if the device is configured to automatically receive app updates, you should already be running the newest release.

Clearing the app’s cache and data, however, allows you to delete temporary files, including corrupt data, potentially causing Google Maps to crash or to malfunction.

Ways to do this vary from one device manufacturer to another, but on Samsung phones, just open the Settings screen, go to Apps, select the Maps app, expand the Storage section, and tap the option that reads Clear data.

The steps should be similar for all Android devices out there regardless of the brand. 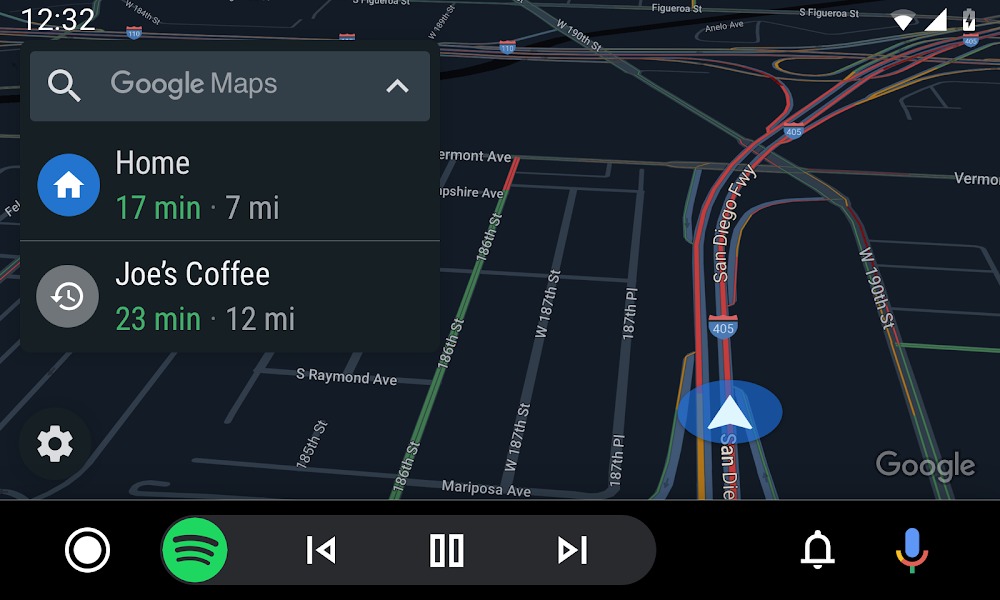 Other potential fixes
While Google’s recommendations could bring Google Maps back to fully working condition for some, there’s obviously a chance they wouldn’t make any difference, in which case you need to try something else.

If you’re certain the latest Google Maps version has broken down the navigation for you, the easiest way to deal with the whole thing is to simply downgrade to the previous build. To do this, you can get the stand-alone APK installer from this page and then manually go back to the earlier Google Maps version.

On the other hand, if Google Maps is struggling with GPS, you need to make sure your phone’s GPS sensor is working correctly. Go to the Google Play Store and download a GPS information tool to check the calibration of the sensor. As an alternative, you can also try another navigation app, such as Waze, and see if it’s able to tell where you are and then follow you on the map.

If you’re in the beta program for Google Maps and come across issues, you should try switching to the stable build. Beta versions obviously come with an increased likelihood of issues since their purpose is to help test new features and collect feedback before a specific update goes live for production devices, and it’s not recommended to install them on the main phone.

Instead, you should always try out a beta build of Google Maps on a secondary Android device not being used for critical stuff.

And last but not least, if Google Maps isn’t working properly, double-check that the Internet connection is working properly. As an alternative, you should also download offline maps in Google Maps using a Wi-Fi connection and then see if the navigation feature is back to normal. As a matter of fact, this should also help you figure out if the GPS sensor of your phone is working correctly.