4 2014 Mercedes-Benz S-Class Gets Pricing in The US

The video below is part of a Mercedes-Benz marketing initiative on YouTube, where the Germans have started showing off their newest technologies and explain how they work in a pretty reasonable fashion.
1 photo
If you're expecting hardcore engineering stuff, you can move along. If you're just interested in learning the basics, stick around.

The latest “How some of our stuff works” video features the coveted Magic Body Control system. When the W222 generation of the Mercedes-Benz S-Class was launched, this was the second-most talked about technology after the Distronic Plus with Steering Assist, which makes the car semi-autonomous.

The Magic Body Control system advantages of the Active Body Control (ABC, which is an active suspension system) with the newly-developed Road Surface Scan function, which is a stereo camera that scans the road ahead and prepares the car's suspension for uneven surfaces. Check out the following video if you want a slightly more detailed explanation. 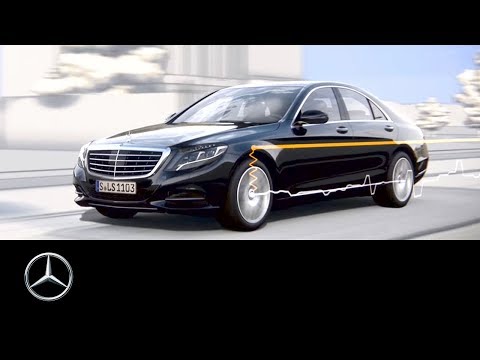