1 How Will History Judge the Lamborghini Diablo GT?

4 Is the Ferrari Roma Worthy of Its Name?

5 What Happens When Radwood Meets the Concours D'Lemons?
Car video reviews:
Up Next

From Top Gear to Pebble Beach, Christian and his team took the world by storm. Here is how their tenth anniversary laid the framework for the world’s fastest production car.

How the Koenigsegg CCX Sparked the Hypercar Revolution

There comes a point in the life of every entrepreneur when it's do or die. Back in 2006, Koenigsegg had all his cards on the table, hoping the CCX would put him on the map. A decade prior, his idea for a V8-powered carbon fiber supercar seemed impossible, especially for an outsider. It took ten years of trial and error to reach this point, and they could only afford to build a few dozen cars before the cash ran out.

The CCX (Competition Coupe Tenth Anniversary) was their first true production car intended for the U.S. market. Having the strongest carbon fiber monocoque on the market allowed for relatively relaxed suspension rates, and this is where everyone should start their Koenigsegg journey. To offer the least un-sprung weight, the anti-roll bars (sway bars) use a Z-linkage to offer more leverage than anything else on the street and the pivot point is cleverly hidden beneath the family crest in the engine bay. This is just one way it allowed the Stig to immortalize the car on Top Gear.

Power comes from their first in-house V8. It took ten years of trial and error with Ford’s Modular 4.6 that formed a logical starting point. While the bolt pattern remained the same, Koenigsegg’s forged internals required a block that was twice as beefy. Cast from 356 T7, it was one of the first production cars to have oil cooling jets to keep the pistons from meltdown.

On top is a gorgeous carbon fiber intake manifold that is pressurized by two small centrifugal superchargers that are located behind the passenger seat. The boost gauge goes to 7 bar, or 100 psi of force-fed goodness. This allows it to offer 806 horsepower and 920 Nm (679 lb-ft) of torque. Cima engineered a 6-speed sequential and six-speed manual transmission to Koenigsegg’s specifications.

Boost at this level is often dirty because it blows fuel past the piston rings and into the oil. That’s why the catalytic converters are integrated with a patented PCV system to meet California’s insane emissions laws. Testing with ethanol yielded more power, so the CCXR made use of a patented flex fuel system to offer 1,018 horsepower. Koenigsegg will update the original CCX to CCXR specifications should the owner need a bit more power. From the dihedral doors to the headlights, over a dozen parts of the CCX were patented in development to protect the IP from lesser impersonators.

A full belly pan incorporates NACA ducts at all corners, and it allows the front wheels to have 60 kg (130 lbs) of downforce with 65 kg on the rear. The beauty of cruising at triple-digit speeds in any Koenigsegg is that the suspension allows the body to drop down without changing the alignment of the wheels. The tire’s contact patch swells as your confidence increases, something Christan demonstrated as I rode shotgun in Monterey back in 2012.

Only 30 examples of the CCX were built from 2006 to 2010, and this 2008 example was shown at The Amelia by Curated. It was a star of Bonham’s Scottsdale auction back in 2020. Chassis #66 was ordered with exposed carbon fiber accents, a fire extinguisher and navy-blue interior. It is one of only 13 CCX delivered to the U.S. As the basis for the Regera, the CCX represents a simpler time that we might not see again. The first car to run 0-300 kph (186 mph) then back to 0 in 29 seconds is valued at over $1 million USD, so tell us what you think it's worth in the comments below! 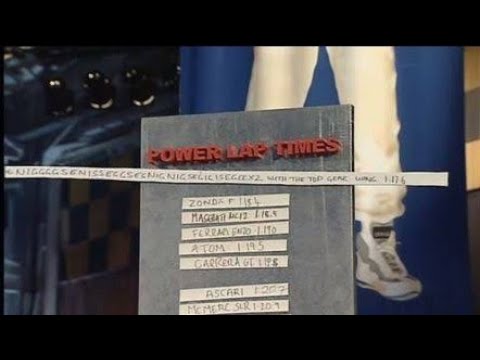