1 How Will History Judge the Lamborghini Diablo GT?

Without sacrificing style or sporty suspension, these twins endured the darkest days of the American V8s. Being overlooked for years, the second-generation F-Bodies are in their prime now.

How the Camaro & Firebird Survived Their Darkest Days

Eleven years is a long run for any car, but GM never let them fall out of fashion thanks to a few significant redesigns. What makes them so remarkable is how popular they became despite a losing battle against emissions laws. Designed as the ultimate driver’s car, the “Super Hugger” arrived in 1970 as a lower, wider, and longer coupe. Given the roof proportions, the few convertible prototypes caused children to cry. 1970-73:
Both cars debuted with Big Block V8’s, pushing curb weight over 3,800 lbs. (1,723 kg). Pontiac didn’t offer a small block, so it played second fiddle to the Camaro Z-28. It offered the 385-horsepower LT1 small block and it only weighed 3,300 lbs, offering a level of performance that wouldn’t return until the LS1 arrived in 1998.

Base model Camaros are easily identified by a full-width front bumper, while the Rally Sport had a massive grille flanked by bumperettes. Firebirds of this era used plastic bumpers, and their styling isn’t too remarkable. Because production started late in 1970 and a worker’s strike in 1972, these are also the rarest F-bodies ever built.

Federal crash safety laws forced both cars to be redesigned to incorporate 5 mph crash bumpers. This added 7” (17.7 cm) of length and nearly 300 lbs (136 kg) while all engines were de-tuned to run on regular unleaded. Thanks to the introduction of catalytic converters, Camaro lost its big block leaving the 5.7 liter offering 155 horsepower in ‘75.

As such, the Z28 was discontinued while Pontiac de-tuned their 7.5-liter to only 290 horsepower. These cars weighed two tons and only made 250 horsepower to the rear wheels. Nevertheless, styling upgrades like wheels and graphics pushed sales into uncharted territory. A new wraparound rear glass for 1975 improved visibility, and all models gained better HVAC systems along with comfortable, insulated interiors.

1976 marked the end of Pontiac performance with the death of their big block, but they gave it a proper sendoff to mark their 50th anniversary. This special edition Trans Am was black with gold accents and a massive mythical firebird logo across the hood. Hurst introduced T-tops for this limited run, and the car was a massive success. To capitalize on this, all Firebirds were redesigned for 1977, becoming the centerpiece for Smokey and the Bandit starring Burt Reynolds.

1978-81:
It is here we find ourselves at the most dismal of times when it comes to performance. The once-mighty Pontiac V8 “T/A 6.6” offered 200 horsepower at the crank, which is 110 horsepower at the wheels. Chevy’s new vomit was a 4.4-liter V8 advertised at 120 crank horsepower.

Nevertheless, styling and and quality were at an all-time high for both brands, as the Camaro Berlinetta and the Trans/Am pushed sales to record highs. Borrowing a name from Italy, the Berlinetta offered a plush interior with unique seats, door panels, and instrument panel. Pontiac owners could choose from Formula, Esprit, Trans/Am, or a a host of dealer options.

Aside from the early years, these cars will never be remembered for performance. Therefore, it is your duty to inject them with modern power. The mid years (74 to 77) are the hardest to find thanks to rust inherent on the assembly lines. Corrosion is prevalent along the mounting points for the rear leaf springs, and the ends of the rocker panels.

Thankfully, the aftermarket along with GM is reproducing nearly every part for these cars. So it makes sense to preserve the interiors, as they evolved with the popular culture of the 70s. As for the engines and transmissions, Chevy and Pontiac are asking for forgiveness by offering complete drivetrains for them. Because they were designed with big blocks in mind, an LS swap will drop at least 200 lbs (90 kg) from small block cars and twice that for their big block brothers.

While the Camaro will always outshine the Firebird, the latter has many more special editions that deserve to be remembered. Pontiac offered trim levels like the Esprit, Formula, Turbo Trans/Am, and a gaggle of Pace Car editions. Look for these if you want something truly unique and stay with us for more collector car insights! 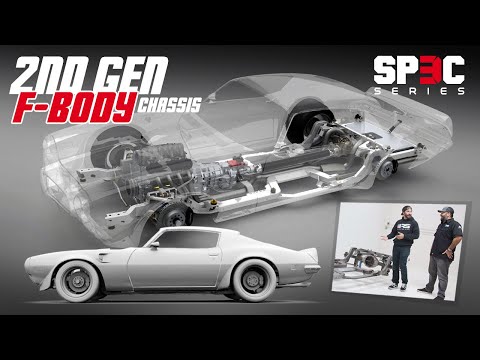