1 How Do HID/Xenon Headlamps Work and Why Should You Install Them?

3 How Does F1 Suspension Work?

5 How Does Mercedes Pre-Safe Work
Car video reviews:
Up Next

Home > News > Auto Guide
17 May 2009, 20:41 UTC ·
by Tudor Raiciu
People nowadays are so used to power steering that they would probably have a hard time parking and making certain maneuvers without it. The first vehicles didn't have it and some former communist brands, such as Dacia or Lada, lacked power steering until quite recently. Assisted steering is not such a big deal at high speeds, but it becomes vital for stationary vehicles or for low speeds. The first power steering patent goes back to 1932 in the United States, while some 22 years later another inventor files a similar patent, only this time in Canada. The first vehicle to incorporate the system was a 1951 Chrysler Imperial, their power steering being called Hydraguide. Hydraulic Power Systems
As most units today, the Hydraguide was also fully hydraulic, which means that the pressure was provided by a pump powered by the engine. The heart of the hydraulic system is a double-acting cylinder which is controlled by valves operated by the steering wheel. The cylinder exerts force on the steering gear, which acts upon the steering axis. The force applied to the steering wheels is directly proportional to the force applied by the driver to the steering wheels. 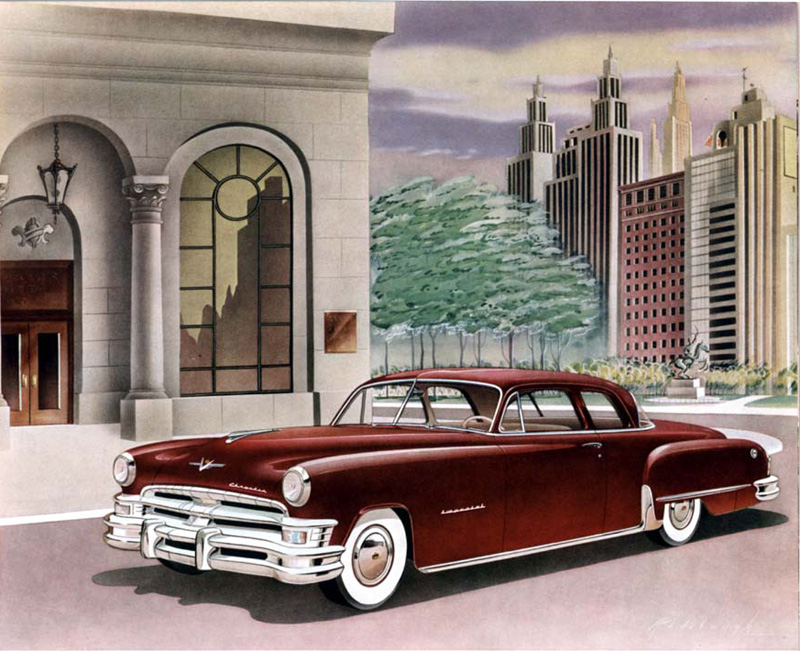 One of the problems early hydraulic designs had was that the hydraulic assistance was constant, regardless of the speeds vehicles traveled at. As previously mentioned, the amount of assistance is considerably smaller at high speeds than at low speeds.

The first manufactured that tried to change this was Citroen with the DIRAVI - DIRection A Rappel AsserVI – system, also known as Varipower. Maximum power was provided at low speeds and it was reduced as the velocity increased. The first model to incorporate this system was the Citroen SM, in 1970.

The regular hydraulic system that provides assistance when steering the wheels is supplemented by a second one which tries to bring back the steering wheel to the initial position. The DIRAVI requires little physical effort, but even with the second hydraulic system aiming to give steering a more real feel, it still doesn't provide enough feedback to the driver. Electric Power Systems
With the stringent need for lower fuel consumption, manufacturers came up with another power steering system that relies completely on electricity. The electric power steering replaces the car's engine with an electric motor to drive the steering mechanism. The motor is attached to the steering rack via gear mechanism, while a microprocessor controls steering dynamics and driver effort.

The key component of the electric power systems is the steering sensor located on the input shaft where it enters the gearbox housing. This sensor converts steering torque input and rotation speed into signals that are fed into the microprocessor, which controls the motor.

Electric power systems are said to have a 1-MPG advantage in fuel efficiency compared to hydraulic systems, which involve a pump that is constantly working. Opponents of the electric power systems say that they don't provide enough feedback to the driver, but this can be a very subjective matter 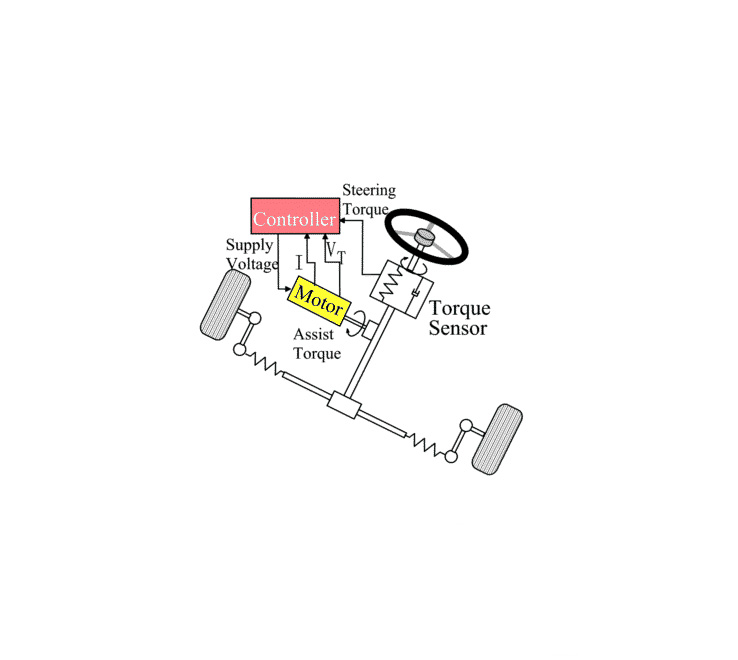 Perhaps the best compromise between fully hydraulic systems and fully electric systems is the electro-hydraulic one, also known as a hybrid. The force to steer the wheels is provided by a hydraulic system, but this is fed by an electric motor and not by the engine itself. The pump driving the hydraulic system can be run at low speed or shut off completely to save energy.

"The Servotronic control unit adjusts the amount of steering assistance to suit the speed of the vehicle. An electromagnetic valve accurately controls the amount of force applied by the steering hydraulics, enabling outstandingly precise steering that suits your current driving situation. Conventional power steering systems, by contrast, regulate the power steering in relation to the engine's RPM.

The electromechanical steering system EPS uses an electric motor to achieve the same effect. Thanks to Servotronic, driving along narrow streets or parking becomes easier as it requires minimum effort to turn the steering wheel. The power assist progressively decreases when the vehicle speeds up, ensuring greater stability, improved precision and smoother vehicle behaviour."Variable gear ratio steering system
Perhaps the latest innovation in power steering is the variable gear ratio steering system, which determines the steering angle ratio which is to be achieved by the steering angle ratio varying unit according to a condition of the vehicle with respect to a given road condition.

The first such system was introduced by Honda in 2000 on the S2000 Type V and was followed by Toyota on the Lexus LX 470 and Landcruiser Cygnus. BMW followed in 2003 with their Active Steering, first implemented on the 5-series. We turn again to BMW for a more detailed description of the technology. 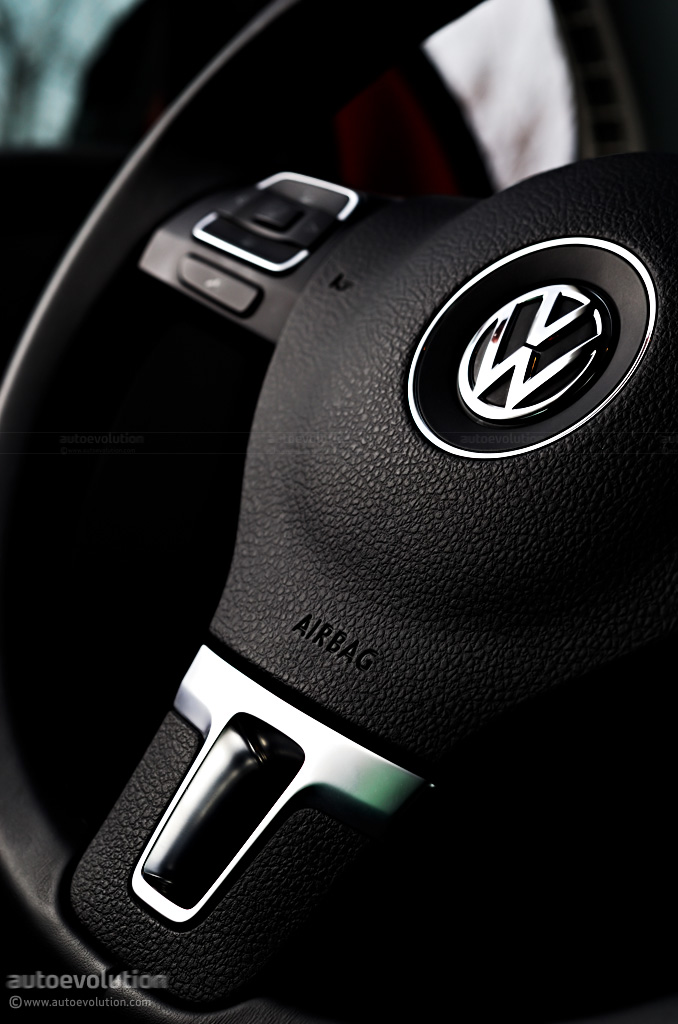 “At the heart of the new Active Steering system is the planetary gear set integrated into the steering column. An electric motor in the joint adjusts the front wheels' steering angle in proportion to the Sedan's current speed.

When driving at lower speeds - such as in city traffic, when parking or on winding mountain roads, Active Steering increases the size of the steering angle. The front wheels respond immediately to small movements of the steering wheel, enabling the driver to manoeuvre through tight spaces without needing to make multiple turns of the steering wheel. Parking is easier and agility enhanced.

At medium speeds, steering is also easier. And to ensure smoothness at higher speeds, as of around 120 to 140 km/h (depending on the model) Active Steering becomes more indirect.

Active Steering therefore reduces the amount of change in the steering angle for every movement of the steering wheel. This gives the driver the advantage of more precise steering at higher speeds, and ensures great stability and more comfort.

If the vehicle is threatened with instability, such as by oversteering or braking on a changeable surface, DSC identifies the problem and can use Active Steering to help overcome it. For example, in order to reduce unsafe yaw, Active Steering can increase the angle of steering wheels faster than even the most expert driver.

Active Steering does not interrupt the direct connection between steering wheel and front wheels, so that even in the unlikely event of a complete failure of the electronic systems, the BMW remains completely controllable at all times. This is because at the first sign of any problems, an adaptation mechanism blocks the Active Steering immediately using a pivot so that the driver is permanenty in control of the situation.”