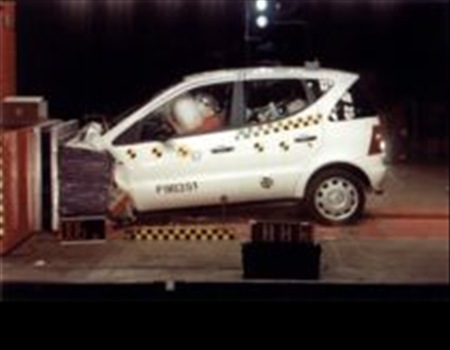 Frontal collisions are, in most cases, deadly but the forces generated by the impacts or the way the cars reacted to the crashes are not always the main reasons for this. An interesting aspect, especially when talking about older cars, is the fact that the engine tends to be pushed towards the passenger compartment/cabin, thus applying more force and obviously hitting the occupants. The results are catastrophic since we're talking about an assembly that weights several hundred kilos...

Obviously, automakers around the world struggled and even joined forces to develop and find new ways to prevent this but one of the most interesting technology remains the ones developed by the engineers over at Mercedes Benz and briefly known as "sandwich".

Although the name might give you a few hints regarding the way the technology works - beside the fact that the car indeed looks like a sandwich following the crash - the sandwich concept is especially aimed at protecting passengers and directing the engine underneath the cabin. But we'll get back to the way it works a bit later.

The concept first appeared on the A-Klasse and was regarded as a very innovative way to reduce the number of fatalities caused by the engine and transmission units hitting the cabin. 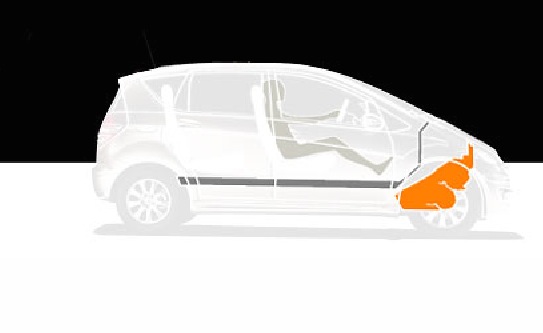 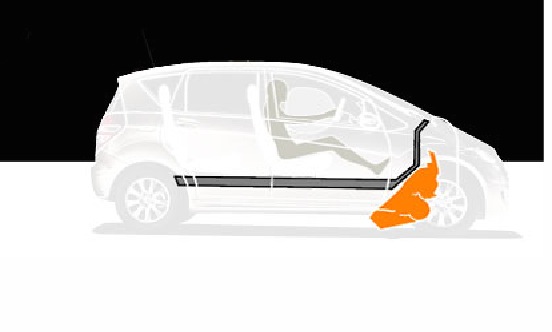 The A-Klasse was first launched in 1997, which corroborates with the first steps of the sandwich concept in the automotive sector, and was often referred to as one of the safest models on the market. The main proof that the A-Klasse was indeed a vehicle that offered enhanced protection to its occupants, partially thanks to the sandwich architecture, was the 4-star safety rating received in 1999 during the EuroNCAP tests. In the next few years, the German automaker also installed an ESP system, with this particular model becoming the first car in its class to feature an electronic stability function.

In the event of a violent frontal collision, the powerplant and the gearbox are obviously pushed towards the car occupants but, thanks to sandwich concept, A-Klasse (B-Klasse, Vaneo and other Mercedes models in the next few years) owners are fully protected.

Basically, the whole principle works very simple, with the engine directed below the pedals rather than hitting the cabin. How? you may ask. This is the catch: Mercedes redesigned the way the engine is positioned under the hood, with the powerplant now mounted at an angle of 59 degrees, partially in front of the passenger compartment but enough to sneak under it in case of collision. There is a special place just below the cabin that was designed to accommodate the engine - remember that car damages are less important in this case, as Mercedes mainly aimed to protect occupants and their lives.

Just after the engine moves out of its initial position, there's a crumple zone in the front side of the car that absorbs the shock and thus, protects the occupants as much as possible.

But is it possible to push the engine under the car without compromising interior space? Well, it actually is, with minor modifications. In order to design the sandwich architecture, Mercedes adjusted the floor height by around 200 mm, which means occupants are now sitting a bit higher compared to traditional cars. Although some people may find this a bit annoying, especially when driving in crowded cities, it is just another way to enhance in-car safety - a higher driving position translates into better protection for the driver, especially in front and lateral collisions.

And speaking of space, the sandwich concept didn't change too many things when it comes to equipment levels, as Mercedes said. For example, the German automaker also managed to incorporate into a first generation A-Klasse a fuel cell, a hydrogen tank plus the sandwich concept while offering enough space and comfort to all passengers. 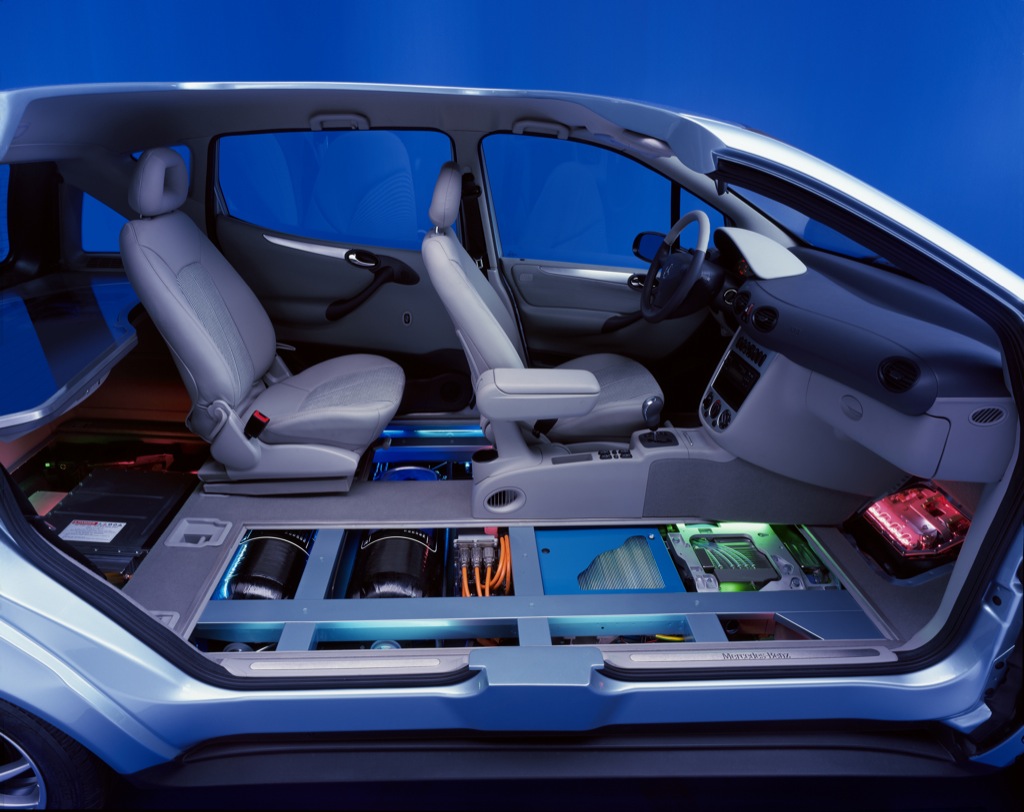 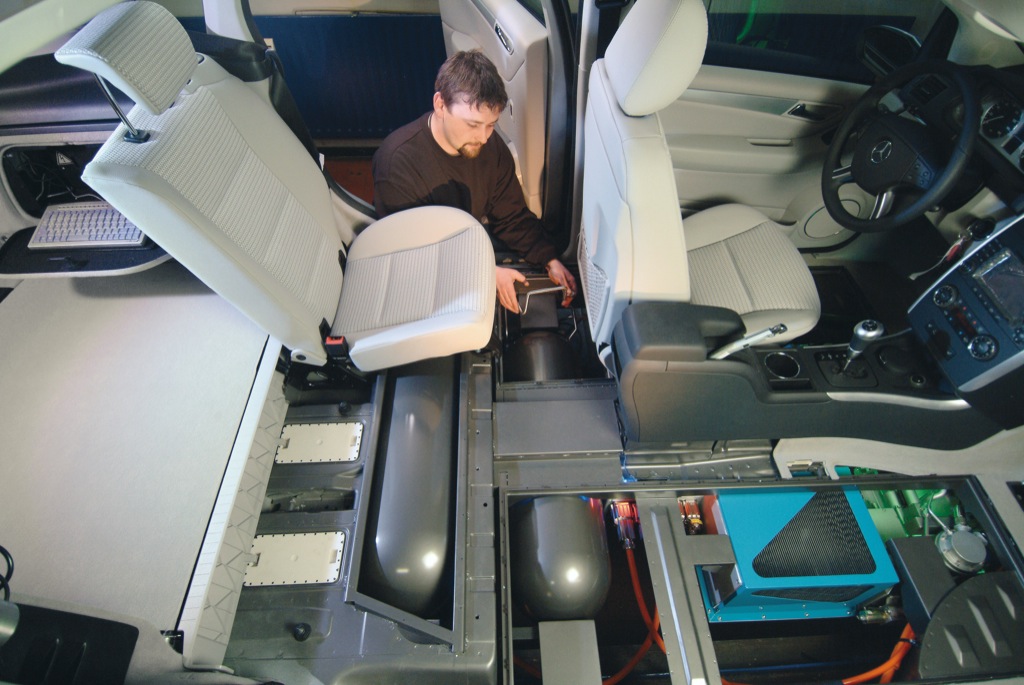 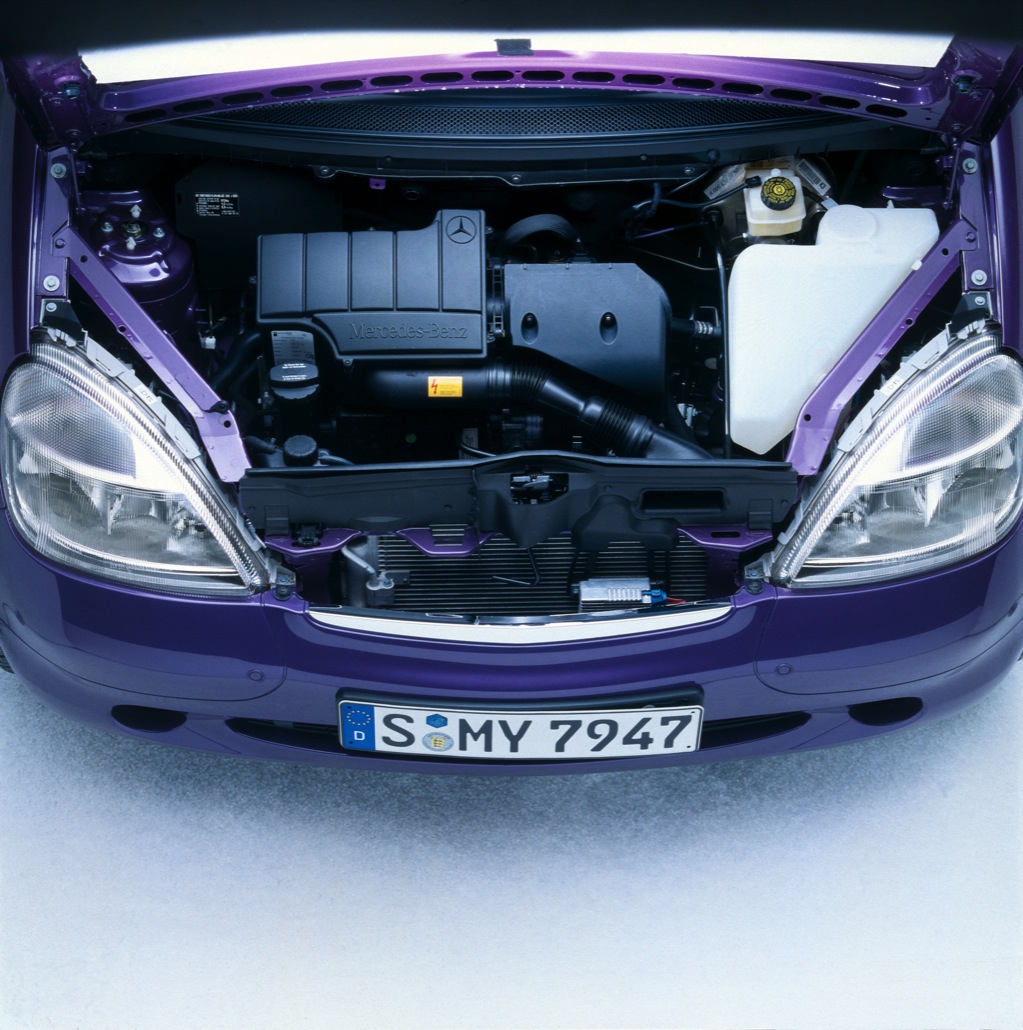 However, the sandwich concept has several major disadvantages, too. Take for example the roadsters, low-riding cars that couldn't implement the system due to its weight architecture - a taller and heavier chassis would obviously mean less satisfying performance figures, which are unacceptable when talking about this kind of vehicles.