2 How the Silent Service Is Adapting to Putin's Superweapons

How I Drifted the USS Wyoming

One of the perks of growing up between two Navy bases is the opportunity to experience the power of our Navy firsthand. As such, I was given the helm of the world’s most powerful warship back in early 1996.
7 photos

For full journalistic disclosure, the images and names of the boat and its crew have been redacted to protect Operational Security and the families who serve. That being said, Amelia Island is home to most of the Civil Servants who refit each submarine after it returns from patrol. Because the Ohio Class submarine fleet can easily spend 3 months lurking in the deep, they return home in need of three months off and with a mountain of dirty laundry.

Planned in the 1970s, we initially had 8 subs near Seattle, and 8 here at King’s Bay, Georgia. Each one has 4 torpedo tubes and 24 Trident Missile tubes. These missiles are advertised as having a range of 7,500 miles (12,000km) while carrying 14 examples of the W76 warhead. Each warhead is rated at 100 kilotons, making it almost 10x hotter than Hiroshima. With 24 missiles x 14 bombs each, each Ohio Class submarine can wipe out every populated city on Earth, taking us back to the iron age.

Thankfully, common sense has dropped the power of bombs and missiles on both sides, until recently at least. That’s why our 4 oldest subs have been converted to carry SEALS into shallow waters by trading their nuclear missiles for Tomahawk cruise missiles.

With that out of the way, a family friend who oversaw the Trident Refit Facility was able to get me onboard for a Tiger Cruise. This is a 24-hour shakedown cruise for civilians and contractors so they can see the fruits of their labor. So, at 3 AM we drove through 4 layers of razor wire protected by Marines of increasing rank. This base is comprised of 16,000 acres of pristine Georgia waterfront. The St Mary’s River forms the border between Florida and Georgia, and it is over 96 feet deep. That’s why King Ferdinand and Isabella prized these islands for navigable plantations.

Growing up here, we all take submarines for granted. Spending a day playing inside Fort Clinch, these beasts of steel pass by at incredible speeds with officers of the deck in Full Dress. This has all changed in recent years, with subs heading to sea surrounded by support ships. They are protected by the meanest SEAL teams you have never heard of.

The morning was spent learning the ropes of how air is made, how to cook gourmet meals, and how to launch the food waste overboard. We were stalked by dolphins who love to eat leftover veal, pizza, and lamb. Our submarines have the best food in the world because they volunteer to live in a can for three months. Around noon, Commander Seth Paradise allowed me to stand watch, as I took soundings of our depth and used the periscope to confirm nobody was in our neighborhood.

Because submarines are most vulnerable on the surface, we were heading East at around 45 mph (72 kph). The continental shelf is nearly 36 miles out, so subs race in and out of port under air cover from Jacksonville. Once sonar and radar confirmed we were alone, the order was given to dive.

This is a minute of complete concentration for everyone, as a missed step could sink us. The lights go from white to red, and a deafening rush of air is heard escaping from the ballast tanks. The floor falls away as we drop like a rock into the abyss, and we quickly reach 300 meters (984 ft). Once there, I was allowed to grab the wheel for a few drifting sessions, making use of 35,000 horsepower.

I launched a few fake torpedoes (water slugs) and simulated launching 24 Trident missiles in a Weapons Drill. If you have the opportunity to drive a $9 Billion dollar office building, I highly recommend it. So here’s to the officers, crew, and Civil Servants who keep us safe, as they remain the first and the last line of defense. 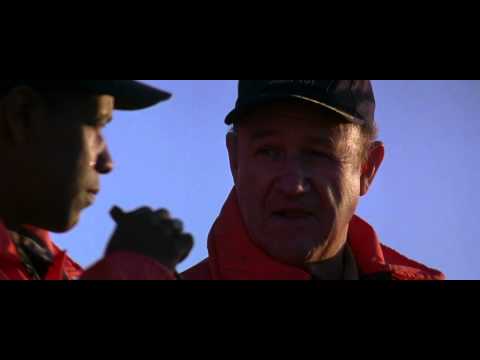