Home > News > Auto Guide
Daniel Patrascu
As computer-enhanced safety system become more and more of an integrant part of today's automobiles, one thing becomes obvious: manufacturers no longer trust the humans behind the wheel. It's no wonder, with death rates in car crashes growing each year. Of course, the fact that the car has evolved from Tin Lizzie to the high-tech, powerful machines of the day, has made computerized safety systems a must, rather than an option. One of the most recent entries to the safety system field for a vehicle is Ford's Curve Control, a system designed to help the driver and car handle turns at higher-than-recommended speeds. Set to enter the market on the soon-to-be-unveiled 2011 Ford Explorer, the Curve Control will expand in the next five years to cover up to 90 percent of the manufacturer's lineup of crossovers, sport utilities, trucks and vans. WHY CURVE CONTROL 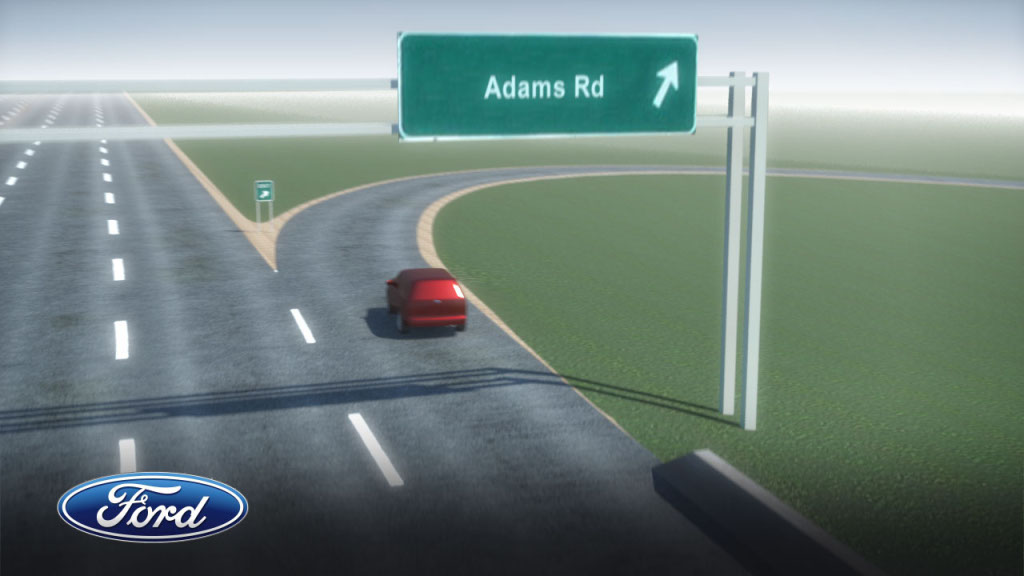 As you can see in the list of vehicles which will receive the system mentioned above, Ford will not, at least in the beginning, provide Curve Control for its sedans, hatchbacks and small cars. This is because crossovers, SUVs, vans and such are more prone to rollover, understeer or oversteer while cornering than their smaller peers.

Ford chose to develop such a system as a result of several studies showing that cornering too fast is responsible for 50,000 crashes each year in the United States. An Insurance Institute for Highway Safety (IIHS) study found that most of the crashes take place on freeway ramps. As the drivers try to exit the freeway, they don't mind their speed and enter the curves much faster than they should.

According to the 2004 study, almost 50 percent of the freeway ramps crashes occurred while exiting the freeway and 36 percent while entering them.
CURVE CONTROL
Ford's Curve Control is a type of preventive and correctional safety system. Soon to be patented, it is used to detect the speed of the car while entering a curve. If it detects the speed to be excessive, it kicks in and reduces engine torque. If needed, it goes even further and can apply four-wheel braking, slowing the car down at a rate of 10 mph per second. 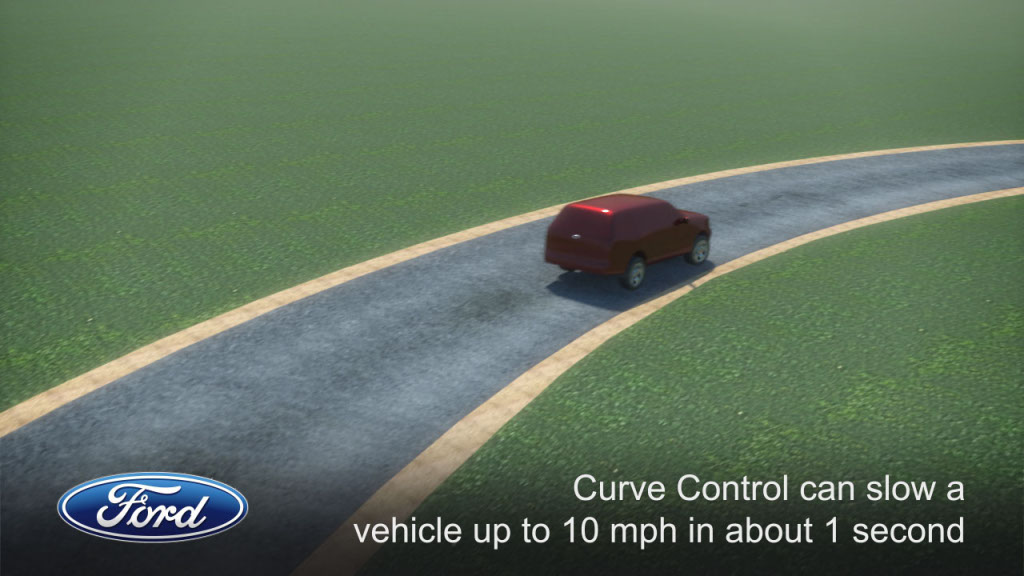 According to Ford, Curve Control is capable of detecting and comparing the desired speed of the car with its actual speed. It does this by measuring how much the driver tries to turn the wheel (a maneuver known as "pushing") and, at the same time, the rate the car is turning at.

Being based on the AdvanceTrac with Roll Stability Control system, Curve Control uses existing sensors to measure roll rate, yaw rate, lateral acceleration, wheel speed and steering wheel angle. It calculates all the numbers 100 times/second and only kicks in if it feels the car is not turning as fast as the driver would like it to turn.

Once the measurements have been made, Curve Control tries to correct the trajectory by applying exact braking on each wheel. This in turn allows the vehicle to re-enter the curve at the desired angle and speed.

All the operations resulted from the Curve Control are, as expected, much more accurate and faster than the ones a human being would be capable of. And this is only the beginning. According to Ford, the 2011 Explorer will be packed with enhanced safety features, including the world's first inflatable rear seat. As we already told you, the Explorer is the quintessential representation of both sports and utility and, if you like, the iconic SUV of modern days.

Curve control will arrive onto the market on the Explorer almost ten years since the rollover problem for SUVs became obvious. The Explorer itself was the incarnation of this problem. A problem which, as we can see today, Ford is trying to avoid completely. Even if, this time, it's not the car itself which causes the rollover, but the drivers and their habits.