How England Lost Their Luxury Brands

Andrew Nabors
Long before Brexit, the United Kingdom tried to preserve the independence of their automakers. This is how a century of solidarity was dismantled to be reborn and discovered by a new generation of fans.
6 photos

As an American, the notion of anything elegant for sale by the English is an invitation for ridicule. But I can empathize with owners of Rolls-Royce, Bentley, and Jaguar who have worked hard to achieve the finer things in life. After a decade as the editor of the duPont Registry, I have learned to appreciate the history and amenity of Old-World luxury.

From the end of WWII, a strong Labour Party attempted to nationalize everything they could get their hands on. Forcing longtime rivals to cooperate was seen as a temporary setback by politicians in the mid 70s, but they laid the groundwork for the unraveling of British manufacturing. It took the will of the Iron Lady to free these companies from indentured servitude, so let’s raise a glass for Margaret Thatcher.

The process was welcomed by the people a year prior, when Jaguar, Rover, Land Rover, Austin-Healy, MG, and Triumph were rolled into British Leyland to create an “English General Motors”. Like all great socialist schemes, this was only to help them become profitable and get back to public ownership. Smelling blood in the water, sharks from around the automotive world eyed British brands that could be had at bargain prices.

Ford was quick to bag Aston Martin in 1987, then moved on to purchase Jaguar two years later. This was the foundation of their Premier Automotive Group, which held control over Lincoln, Volvo, and eventually Land Rover. This brain trust gave us such winners as the S-Type, a rebadged Lincoln LS, while Aston Martin’s grill was remanded to be the face of the Ford Fusion. Perhaps the biggest blow to enthusiasts was realizing the steering wheel of the V8 Vantage was borrowed from the Ford Taurus.

Meanwile, the other legacy marques of British Leyland were packaged together to form the Rover Group in 1986. Put under the control of British Aerospace, as quality control problems were faced across the lineup. With their backs to the wall, a savior appeared in the form of BMW. On the last day of January 1994, Bavaria purchased 80% of the group for 800 million GBP. It turns out that German precision and efficiency weren’t enough, as reports estimate this venture cost them 15 billion deutschmarks in less than a decade.

Saving the best for last, their German competitors also wanted in on the action. That prompted VW Chairman Ferdinand Piech to become interested in Rolls-Royce. In 1998, it was still owned by the United Kingdom along with Bentley. BMW had been their engine supplier, but they were outbid by a long shot. Therefore, VW assumed they had control over all the assets.

In perhaps the biggest business blunder of the 20th century, Volkswagen had purchased the shape of the radiator grille, the factory in Crewe, and the rights to use their famous “Spirit of Ecstasy” mascot. The name and logo remained under the control of Rolls-Royce plc (the jet engine company). BMW moved in quickly when they realized the blunder, snapping up the logo and the name for only 40 million pounds.

This led to a strange cooperation between German rivals who were deadlocked in England. When the dust settled in 2002, BMW walked away with a new generation of Rolls-Royce cars while VW remained happy with Bentley.

Finally, Tata Motors of India purchased Land Rover and Jaguar using badge engineering to cut costs and make their lineup more reliable. Globalization has forever changed how the automotive world operates, so stay with us for all your automotive insights. 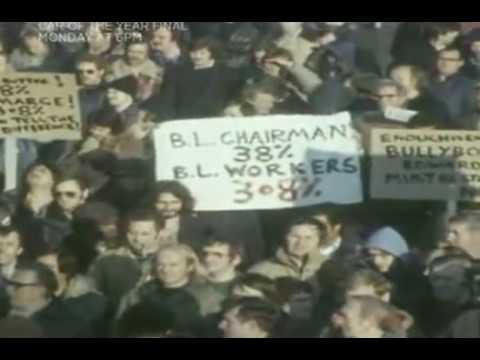 The Sherloak Tiny Home Is Truly Unique, With Secret Sunroom and Gorgeous StylingSee all coverstories