5 How Does the HANS Device Work?
Car video reviews:
Up Next

How Does Mercedes Pre-Safe Work 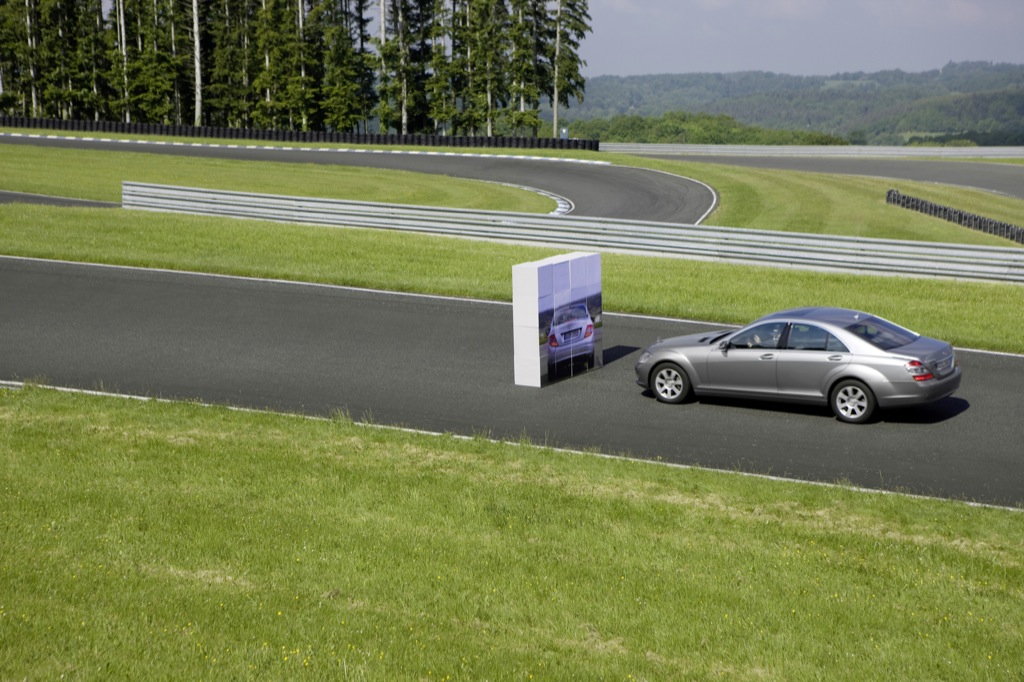 Nowadays, safety is one of the most important attributes of a car, so every new technology that is particularly aimed at this matter quickly gains everyone's attention. Although it was designed and released in 2003, Mercedes' Pre-Safe system is surely a milestone in safety systems development, with the S-Klasse sedan the first model in the world to benefit from this advanced feature.

Just like its name suggest, Pre-Safe is not only a system supposed to minimize damages and protect passengers in case of accidents but also to prevent crashes as much as possible. Because of this, the feature relies on several sensors mounted inside and outside the car that permanently communicates with the vehicle in order to detect the risk of a crash as fast as possible.

Specifically, Pre-Safe turns a Mercedes into a car with reflexes, capable to react depending on the situation. And you'll understand in the next few lines how does it do that.

First of all, the guys over at Mercedes struggled to prevent and counteract multiple causes and types of accidents, starting with crashes occurred because the driver was not paying attention to the road and ending with skidding and rollovers.

In essence, the sensors mounted outside the car calculates the distance towards the front obstacle/vehicle and, 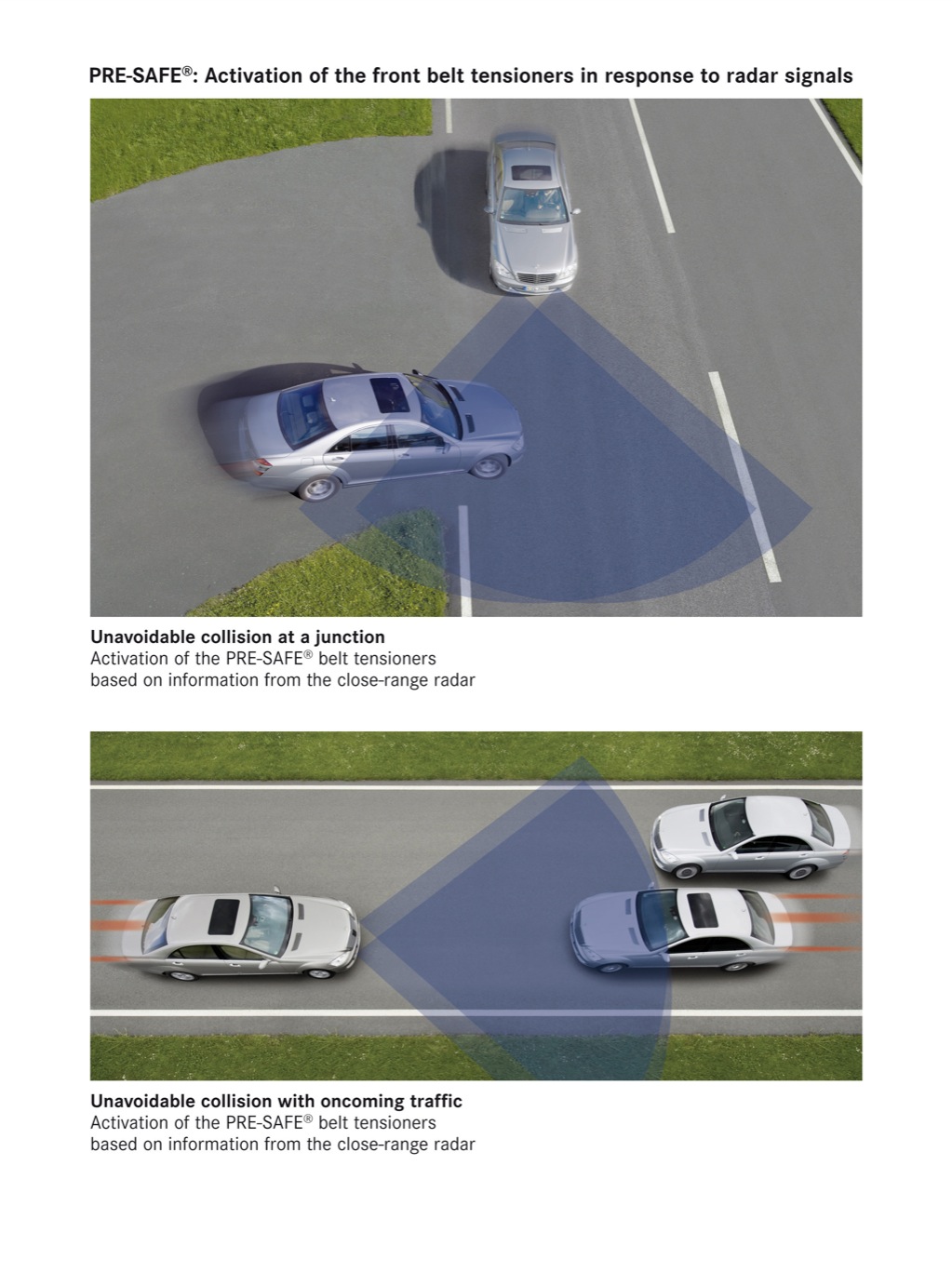 in case it detects a risk of accident, it automatically sends visual and audio warnings to the driver. In case he does not react, Pre-Safe automatically tightens the seatbelt to provide extra-safety in case of frontal impacts. Additional, if the power seats, front or rear, are reclined, the system moves the seats into an optimal position, usually in vertical angle, to minimize injuries as much as possible.

And that's not all. If the driver loses control of the car and the system detects the possibility of skidding, sometimes even of a rollover, Pre-Safe closes the sunroof and the electric windows, front and rear. Oversteering and understeering are both counteracted with the help of the existing sensors for Electronic Stability Program (ESP) that calculates the lateral acceleration, the steering angle and car yaw. Obviously, Pre-Safe permanently communicates with the Brake Assist System which transmits vital information regarding the car whenever there's something wrong with the traction/grip.

Meanwhile, airbags are fully prepared for deployment, with the occupants given an extra of safety in case of accidents.

And what happens if the driver manages to react in time and avoid the accident? Pre-Safe detects this too and automatically relaxes the seatbelts to the initial position.

An upgraded version of the Pre-Safe system was rolled out in 2005 on the redesigned flavor of S-Klasse and was further enhanced to collaborate with Brake Assist Plus for even better reactions in case of accidents. Cars equipped with this system were now capable to brake in case of danger but, very importantly, Pre-Safe was only designed to slow down the vehicle and not to bring it to a halt. Just like the previous version, the system relied on visual and audio warnings and, in case the driver didn't reacted, it applied up to 0.4g to decelerate the car.

The third and the last upgrade of Pre-Safe was rolled out in 2009 at the North American International Auto Show in Detroit on the 2010 E-Klasse and was even capable to detect the driver's fatigue level by monitoring his attention to the road. The function was offered as standard and was based on no less than 70 parameters. 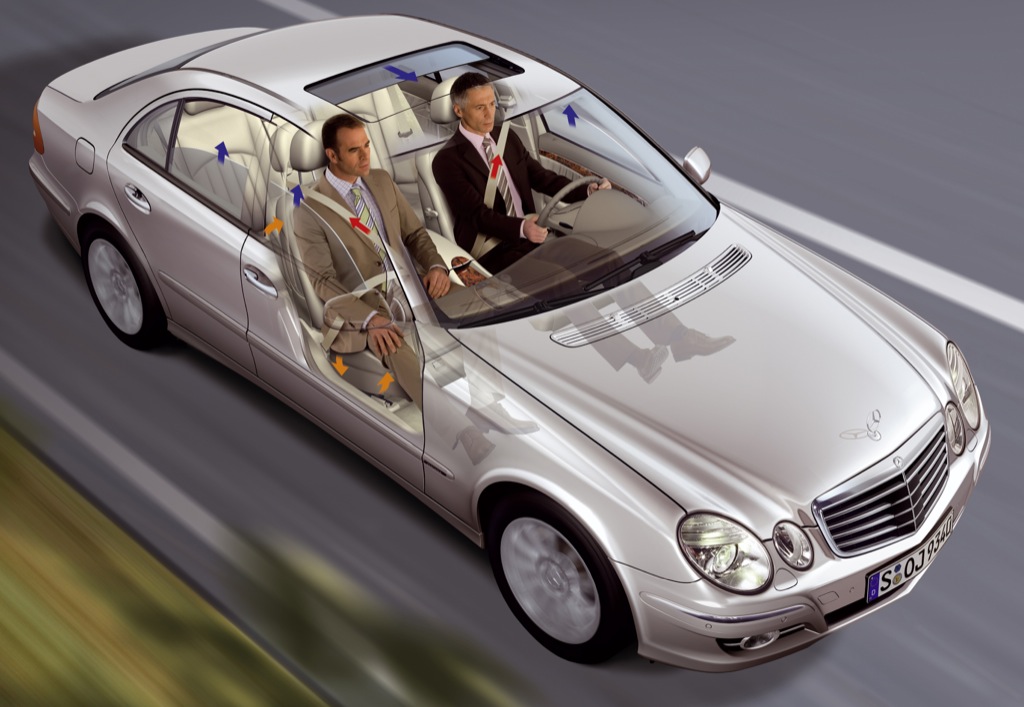 As you can see, Pre-Safe was specifically designed to protect occupants and, if possible, to minimize loses. The development of the system took no less than six years, according to German manufacturer Mercedes, who said that hundreds of drivers participated in tens of tests to determine the best way to protect car passengers.

And what's more important is that Pre-Safe is actually an "open-source" system as it allows Mercedes-Benz to expand its functions and add some new safety features that could bring the overall car safety to another milestone. For example, it can be easily customized with all kind of features such as new and safer bumpers, crumple zones, door trims, radars, infrared or ultrasound technologies to monitor and track the adjacent vehicles and obstacles and detect potential risk even faster.

Just for the sake of history, Mercedes' very early preventive safety technology saw daylight in 1989 when the German manufacturer equipped the SL roadster with an automatic rollbar that automatically adjusted its position in 0.3 seconds if the system detects the risk of an accident. The Pre-Safe system however was launched in 2002 at the Paris Motor Show.