3 55 Years of Hot Wheels Corvettes: Part 1 of the Fifth Era

5 Inside the 2023 Hot Wheels Case C, Behold the 1968 COPO Camaro Super Treasure Hunt
Up Next

Dragos Chitulescu
I can't believe 2022 has gone by without me finding another Hot Wheel Super Treasure Hunt car. After all these years, I'm still down with just the HKS Honda Civic Type R that Mattel hid in one of the mainline cases in 2021. But every time I'm out shopping, I try to be optimistic about my odds of finding another one. After all, Short Cards are rarer, and that's all I can hope to find in any of the stores around me.
14 photos

Every year, Hot Wheels collectors are eagerly waiting to see what castings will become the next Super Treasure Hunts. With every case, there's one designed STH model. That doesn't mean you'll find a special item in each case, just that you'll have to look out for a particular car during a certain period.

For instance, some people are still lucky enough to find the 1981 Camaro STH model that was part of the last case for 2022. We've been talking about STH cars for over a year now, but some people are unsure about the ones that were available before 2021.

As December is Celebration Month here on autoevolution, we'll be sharing more 1/64th-scale diecast knowledge to help you on your collecting journey. And today, we will be talking about the Super Treasure Hunt items that were part of the 2020 Mainline series.

Every year for over a decade now, Mattel has released 15 different STH cars. And 2020 made no exception. Four of these were replicas of JDM cars. Seven of them are based on cars that were built by manufacturers in the USA. And the remaining three items were all of European origin.

The Nissan Skyline GT-R R32 was the car to look for in Case A for 2020. Jun Imai designed this casting, and it was just introduced back in 2019. After five basic variations, Mattel came up with the special Spectraflame Gunmetal Grey STH.

While inexperienced collectors might have had a difficult time telling it apart from the basic item while looking at its color alone, the Real Riders six-spoke wheels were a clear sign that you had struck gold. One eBay user is selling an alleged R32 GT-R STH Prototype for just under $200, but you'll normally find these items for less than $100 in most places.

Case B came along with another 72 cars as usual, and the STH item this time happened to be the classic Ford GT-40. Phil Riehlman designed this casting back in the '90s, so it has been around for a while. The base version for this case was painted Light Blue, as opposed to the Spectraflame Aqua colors used on the rarer model.

The orange five-spoke Mag-Style Real Riders wheels matched the Gulf Livery, and any Hot Wheels enthusiast will tell you that this thing is going to cost more than you'd expect. Some users are asking for more than $200 for one of these items, but if you'll settle for a loose version that will only cost you less than $50.

After a sports car and a race car, Mattel went for a different approach with Case C. The 1967 Jeepster Commando was only released in two different variations before, both of which were part of the 2019 line-up. A red version of it was part of the Mud Runners series in 2022. The 2020 base and STH ones were pretty similar, but there was no mistaking the TH logo on the door of the Spectraflame Ocean Blue vehicle.

The otherwise decent BAJA5 wheels made way for a set of Real Riders 8 Dot ones, but overall you can still get this item relatively cheap. Some of the more ambitious sellers are asking as much as $125 for one, but dig deeper and you'll go into the sub-$50 area easily.

The fourth item on our list today takes us across the Atlantic Ocean to Europe. Ryu Asada designed this Porsche 918 Spyder casting that Mattel introduced in 2018. After four color variations, 2020 came along with either the base blue model on white Lace Wheels or the Spectraflame blue STH on Modern Concave Real Rider ones.

The STH model for Case E was another JDM replica: the 1988 Honda CR-X. This is a cool car if you ever get to see it in real life, but coming after a Porsche 918 Spyder didn't do it any favors. And the livery Mattel used for it was less than impressive if we're to be polite about it. As a result, people voted this as the worst STH item for 2020 in a Lamley Group poll that was held that year.

Needless to say, the Ford GT-40 took top honors in the Best STH vote way in front of all the cars we've looked at so far. If you want some good advice about the CR-X, don't pay more than $40 for it and you won't feel bad about your decision. With 10 more Super Treasure Hunt cars to go, stay tuned for part two of this story coming out soon! 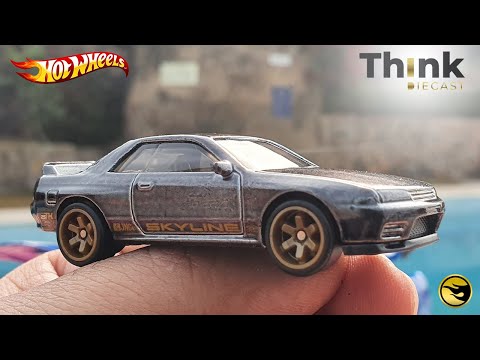 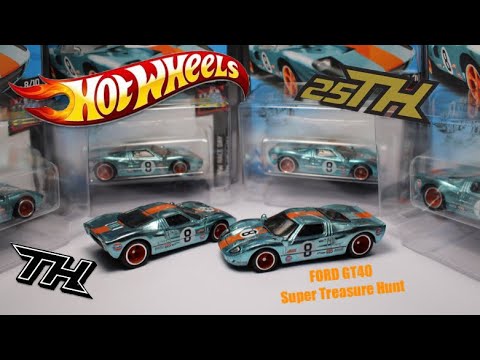