With all the TV reality-shows now on the market, it has become all but impossible not to at least notice these oversized, overpowered monsters on wheels. Defined, usually, by their retro-look covering the state-of-the-art mechanics and engineering, hot rods have become a trademark in almost every tuner's line-up. What not all of us know is that hot rods pre-date American icons found under the "muscle" and "pony" designations. In fact, hot rods came to be with the very first mass production car, the famous Ford Model T. The term hot rod has somewhat obscure roots. For the young people of California, who prior to the second World War took their four cylinder Ts to the local dry lakes for an afternoon race, the term didn't even exist. Back in the late '30s-early '40s, the bulked-up cars were called gow-jobs or soup-ups. The accepted definition of the "hot rod" term is that it stands for 'hot roadster". 4 Cylinder But enough about semantics. Ford Model Ts and later Model As offered wannabe racers the opportunity to buy a relatively cheap, easy to modify car. As today, the modifications made to early hot rods were not all about looks, but about performance as well. Although mechanical limitations of the age did not allow for extensive engine modifications, young Californians took the "think-outside-of-the-box-approach." The Fords began getting stripped of their non-essential parts (sometimes including the windshield) to get the lowest possible weight. By the time the sedans joined the hot rod movement, more extensive, chop-shop style removal of body parts became necessary. The need for weight reduction makes today's hot rods (of course, not all of them) adopt the weird shape they have, including the "engine-on-the-outside" look.

The big, oversized wheels found on today's rods are also sourced from the early days and are based on the same need to enhance performance. Hot rod pioneers started fitting large rear wheels, to raise gear ratio at high speed, while in the front smaller wheels allowed the car to rake forward for improved aerodynamics. Being a rear-wheel drive model, the Tin Lizzie also got increased traction due to the bigger rear wheels.

Engine upgrades were made possible with the introduction of Ford's flathead V8 engine in 1932. What soon became Bonnie and Clyde's favorite ride, the Ford V8 allowed for all hot rod hell to brake loose. Still maintaining itself in the affordable price range, the new Fords began being modified by straightening the exhaust pipes and by the addition of multiple carburetors. 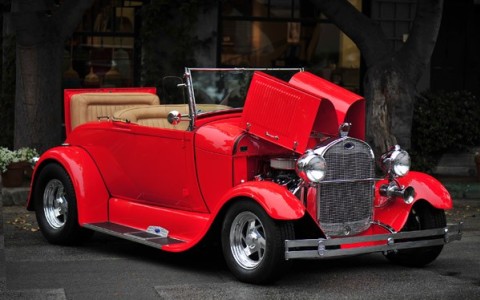 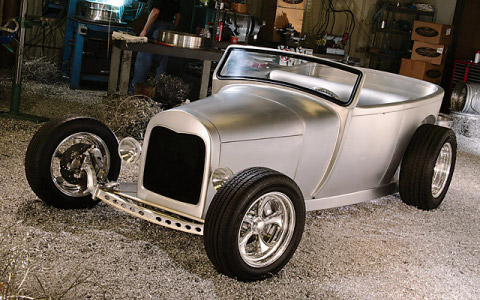 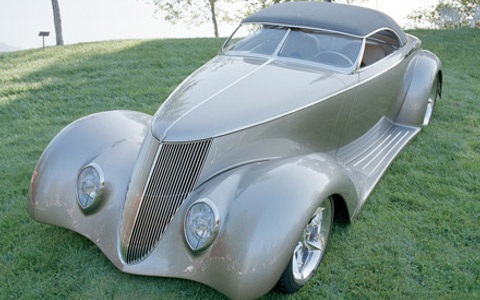 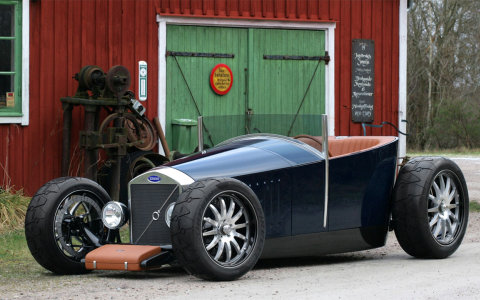 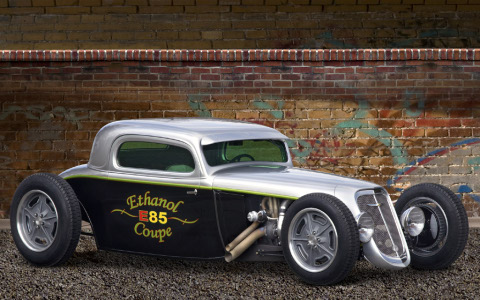 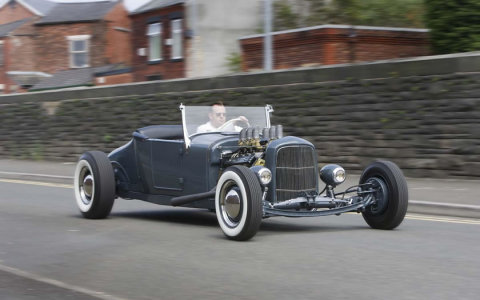 Also in 1932, Ford debuted the so called "Deuce" frame and body for the model year. Internally known as the Ford Model B, the car slowly became a hot rod hit towards the early '40s, and to this day the Ford V8 "Deuce" remains the embodiment of the hot rod concept.

Following the second World War, three great things happened for hot rods. First, the blooming age that followed allowed more and more people to join the movement. Second, all those innovations used for destruction during the war years could now be used for the development of new engines and technologies. And third, the excess of military installations, especially airports, which could be used as testing and racing grounds for the hot rods.

The increase in number of hot rod owners, as well as the wider choice of vehicles eligible to be souped-up have created the need for an organized rodding. Primarily used in drag races on the aforementioned tracks, hot rods had also began taking to city streets. It became a popular week-end activity beginning with the 1950s, when magazines began paying attention. Soon, the rise rise of rock-and-roll music created a hot rod frenzy, as the two social phenomenons teamed up to create the "Grease" era. 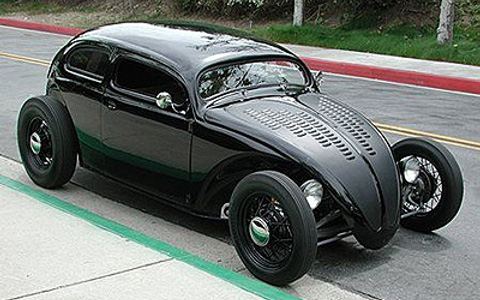 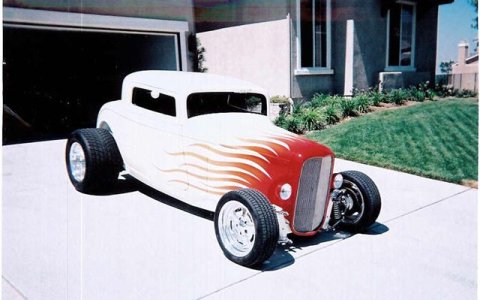 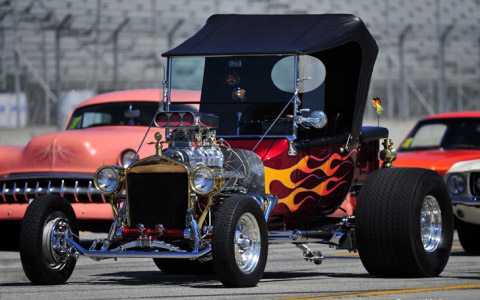 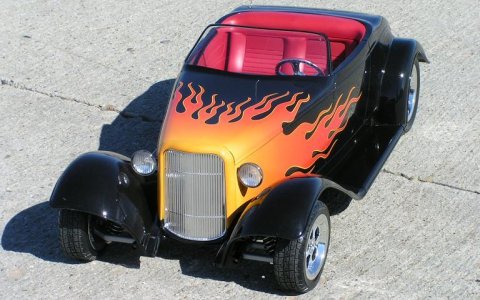 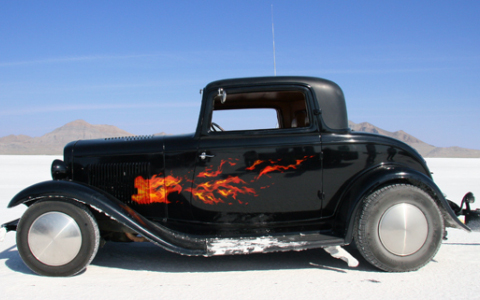 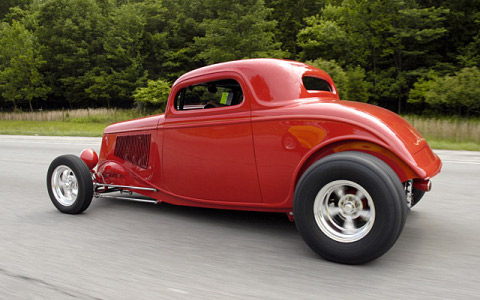 The first Hot Rod Exhibition took place in 1948, at the National Guard Armory in Los Angeles. The event also marked the launch of the Hot Rod Magazine, the brainchild of American publisher Robert Petersen. 10,000 people attended the Los Angeles exhibition.

In 1951, the National Hot Rod Association (NHRA) is formed, marking the entrance of hot rod drag racing in its organized era. Illegal street racing was replaced by events which came to be known as "drag strips" races.

The growing popularity of the hot rod also marked the division of the concept. While those who adhered to NHRA's principles kept racing in an official, organized fashion, there were also those who decided it's better to keep going the good-old-fashion way: traffic light street racing. Their cars will soon be known as streets rods and they represented the poor cousin of the hot rod: sometimes better looking, yet almost always less powerful.

By the 1960s, the hot rod era was beginning to fade away. It was time for a different type of hot rod to step in: the factory built, highly powerful muscle car. It was followed later by its smaller cousin, the pony. Together, they killed the rods. Of course, other factors such as gas prices and economical distress contributed to the hot rods decay, as they went more and more into the dark by the early 1980s.

Starting with the early 1990s, the hot rods slowly but surely begin to rise. Only this time it is different. Hot rods are no longer created with as little money as possible, by as many people as possible. They are no longer seen on city streets, and, most importantly, are no longer as wide spread as before. 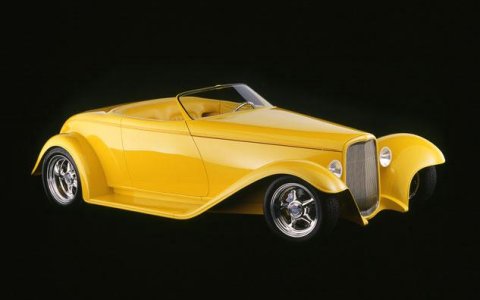 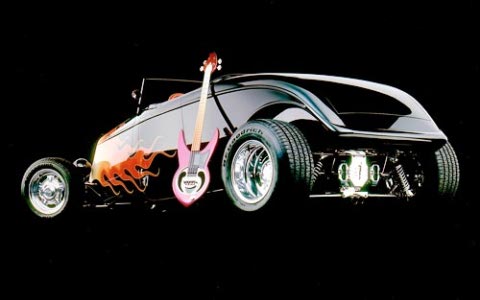 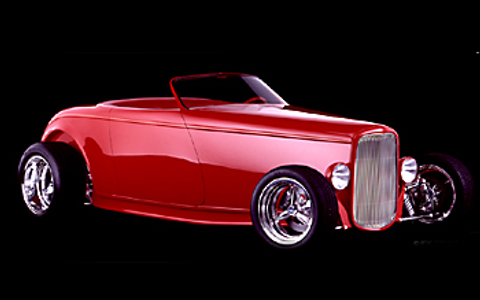 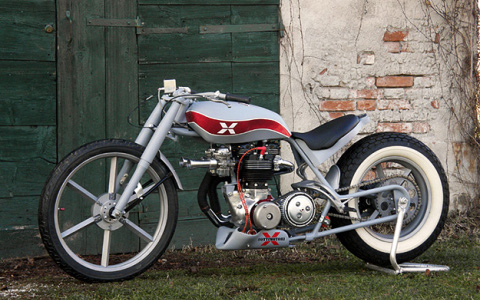 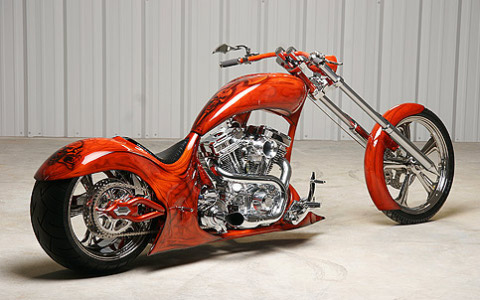 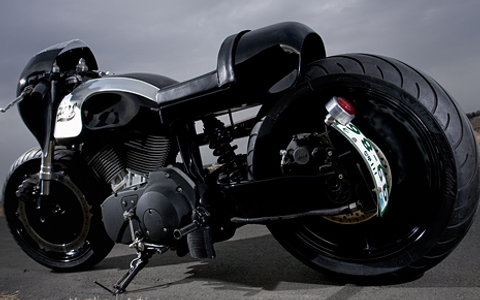 Modern day hot rodding calls for a loaded bank account, as the accent falls on maximum performance/looks. The hot rod industry is still on an ascending trend, with thousands of performance parts builders growing alongside the tuners who build rods.

Even more, the mid '50s-established drag racing has become a multi-million dollar business. Money which comes mostly from television rights, events and advertising and then goes back into the creation of these amazing machines. The new rise of hot rodding is also a consequence on the lack of rules. Everyone turns everything to hot rods, including motorcycles and trucks, building them from scrap and converting existing vehicles. The necessity for weight reduction is no longer the defining factor, as it has been replaced by looks.