2 Arcade Racer Horizon Chase Is Getting a Sequel Next Week, but Only on Apple Arcade

4 Turbo Golf Racing Is an Unusual Mix of Two Sports Bundled in a Fun, Enjoyable Package

Horizon Chase 2 Review (iOS/Apple Arcade): Improves Upon Many Aspects of the First Game

The good news is if you’re an Apple Arcade subscriber, you can play Horizon Chase 2 for free right now. The bad news is PC and console players will have to wait until next year to pick this one up if they don’t have an iPhone or iPad. That’s quite unfortunate since Horizon Chase 2 improves upon every aspect of the first game, including tracks, cars, visuals, and soundtrack.

First off, visually, this no longer feels like a retro game, but rather a modern take on the arcade racing formula. Also, there’s plenty of content to keep you entertained for dozens of hours both in solo and multiplayer modes.

In Horizon Chase 2, you race around the world, upgrade your cars and become the top racing driver. There are five different cars that you’re given as you start the game, but you can unlock 10 more by finishing races and collecting stars. Blue coins, another in-game currency, are earned after each race and are used for upgrading your cars.

Each car comes with several stats that can be improved (i.e. speed, handling), but it will take some time until you can full upgrade one of your racing vehicles. On the bright side, the first few locations aren’t that hard, and you can win every race with just about any starting car without having any upgrades.

Racing is very smooth with touch controls for left and right positioned on the left down corner of the screen, and the speed button on the right down corner. Since Horizon Chase 2 lacks any racing simulation elements, you won’t have to worry about braking or slowing down right before a turn.

Keeping the speed button pressed as long as possible and using the occasional “boost” power-up when you need it is the key to success in every race. Cars are of less importance until much later into the game. Of course, if you plan on challenging your friends to a race, you should definitely pick your best car if you want to win.

Horizon Chase 2 will take through 5 countries where you’ll be able to race on no less than 55 tracks. New circuits will unlock as progress into the game, so don’t worry if you only see just a few tracks available at first. Also, if you plan to pick up Horizon Chase 2, don’t forget to visit the Garage Shop where you’ll be able to customize several parts of you your cars. Beyond upgrading your cars’ stats and customizing some of their parts, you’ll also be able to collect cosmetic items and personalize your vehicles.

The addition of weather conditions in some races will definitely affect gameplay, so you’ll have to adjust according to what’s happening on the track making sure that you tackle every turn with the right strategy.

As far as multiplayer goes, each mode in the game features support for multiplayer, which means that you can play every game mode in either local or online races with your friends. The 3D environments and the stellar soundtrack by legendary composer Barry Leitch (Top Gear, Rush, Wing Commander III, Lotus Turbo Challenge) are the cherry on the cake. Conclusion
With Horizon Chase 2, the fine folks at AQUIRIS manage to give the classic 90’s arcade racing recipe a fresh paint. Although the game benefits from the same tight controls and simple setups as the much older games, the colorful art style, bright visuals, and top-notch soundtrack brings the formula to modern times.

If you’re looking for a fast-paced arcade racers that doesn’t require complex setups and time investment, Horizon Chase 2 is the perfect game. It improves upon every aspect of the first game and even introduces some new elements to keep players entertained.Rating: 85/100 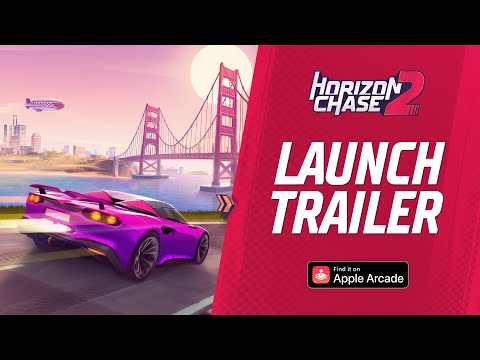 Editor's note: Review based on a copy of the game purchased by autoevolution.